Many people might not think that Hotel Het Hart Van Weesp differs from many other small provincial hotels, unless it was for the apartments they can offer to those guests who wants some more space and who wishes to exploit the opportunities an apartment can offer. The price per day is a little higher, but instead of an ordinary hotel room, you will have a bright and spacious apartment.

Several of these fine apartments are very large and has all the necessities: a refrigerator, a stove, a coffee machine, etc. It is not only very convenient, but it also provides you with the opportunity to prepare food that can be taken out on the many delightful cycle tours which there are so ample opportunities to take on. If you don’t have a bicycle you can rent one at the hotel or down town by the train station. It's cheaper at the hotel, but since they only have a very limited number of bicycles it might be necessary to try elsewhere. At the train station they close at 12 o'clock every night. 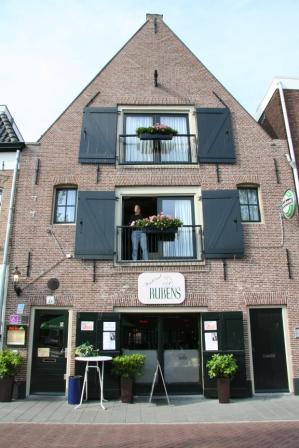 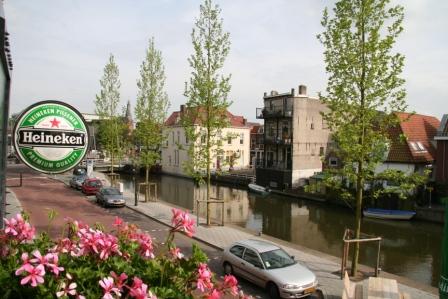 A view from one of the new large apartments - Spring 2009

For those who want to experience Weesp and the surrounding areas, it can be advisable to book one of the large apartments which also gives you a view over the channel that just runs by a few meters from the hotel. It is an experience in itself and it gives you the best possible base for your stay in Weesp.

Apartment above the restaurant - Spring 2009 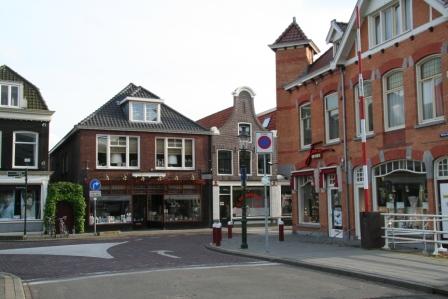 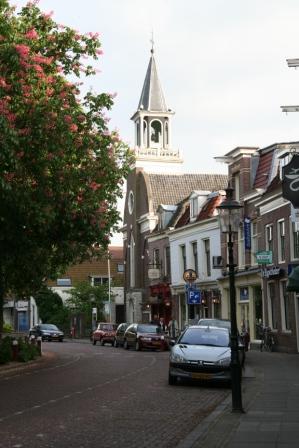 One of several churches - Spring 2009 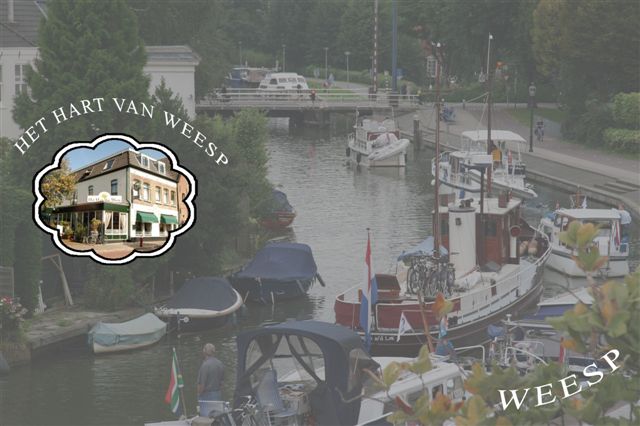