Coimbra, best known for its famous university is located approx. 200 km. north of Lisbon and about 1½ hour drive by high-speed train from the capital. The city has a small population of 250,000 and is the fourth largest in Portugal. Coimbra is located on the Mondego River and is just 50 km away from the coast. 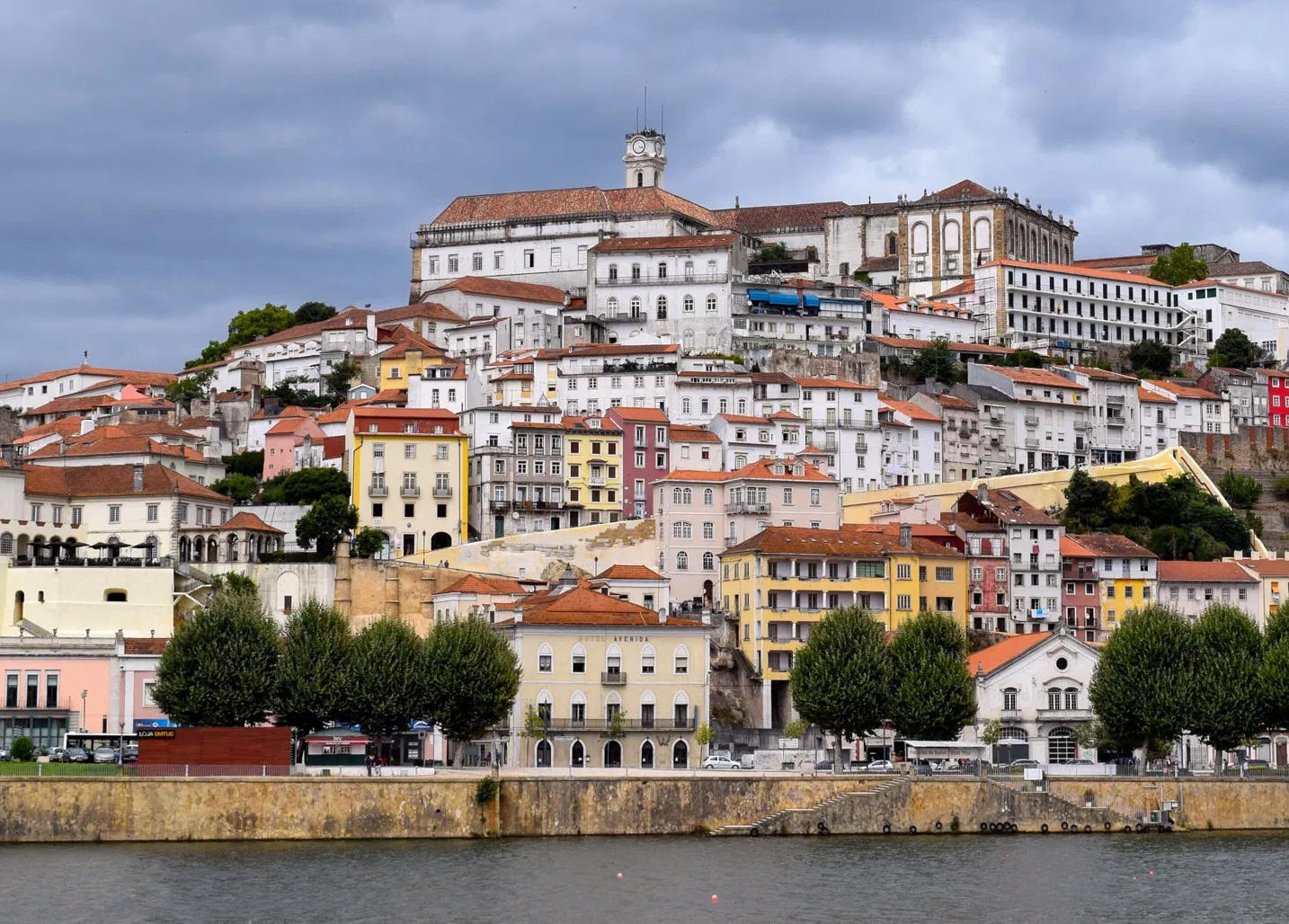 Coimbra is one of the most interesting cities in Portugal and it is not only due to the university that has been added to the UNESCO World Heritage List, but also because of the charming old town itself with its narrow streets, which in itself is worth a visit. A train ride with the high-speed train from Lisbon's Oriente station is definitely recommended and it is also affordable. Although it is possible to return to Lisbon later the same day or later in the evening, I would nevertheless recommend taking an overnight stay or preferably two in the city as it opens up a lot of opportunities and not least to get a little peace over the trip and to be able to enjoy one of Portugal's most charming, beautiful and significant cities.
While you are there, you should take your time and walk up to the old university, which is at the top of a hill. On the way up there, you can advantageously visit one of the many small cozy restaurants that offer a little of everything. 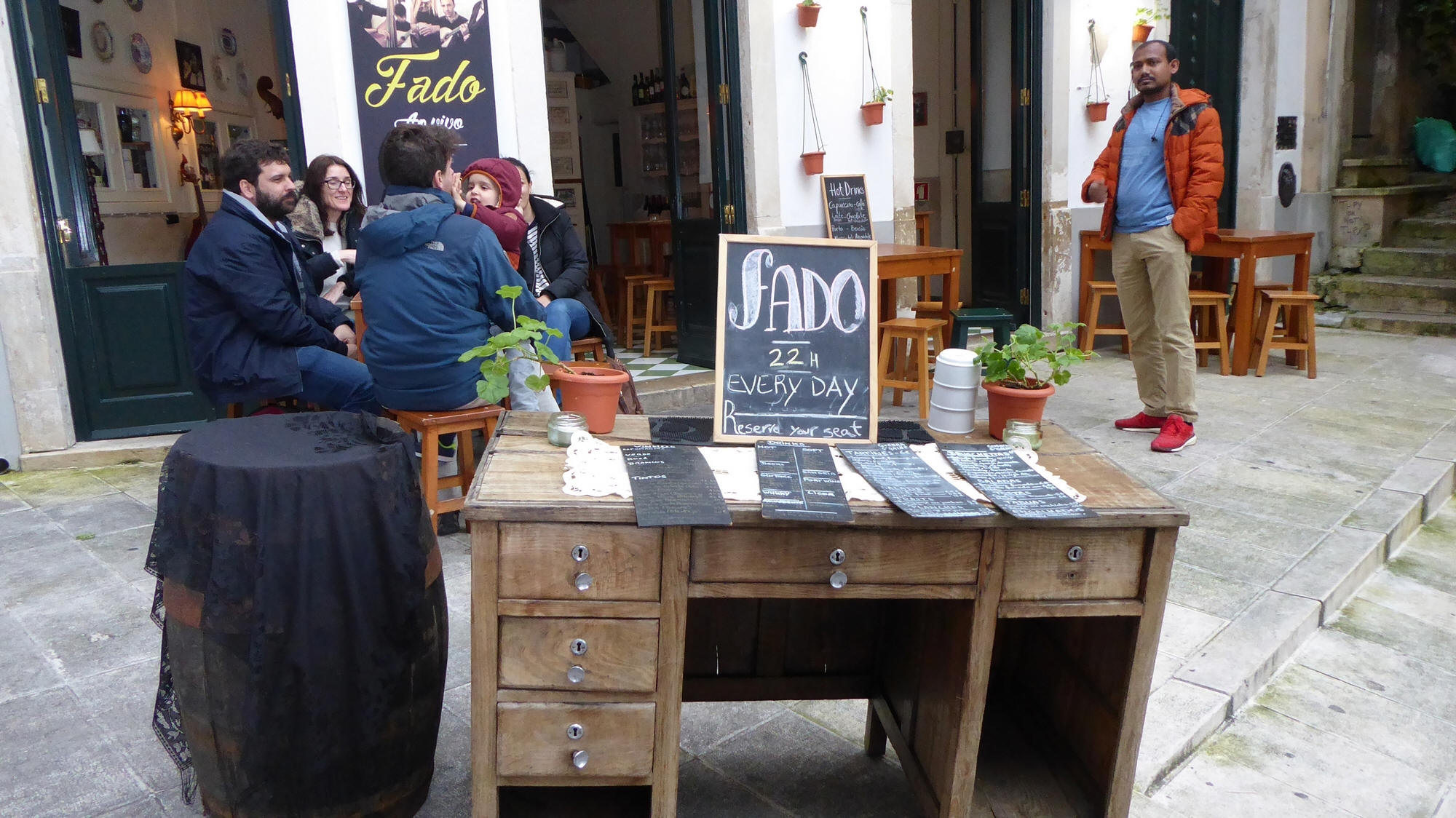 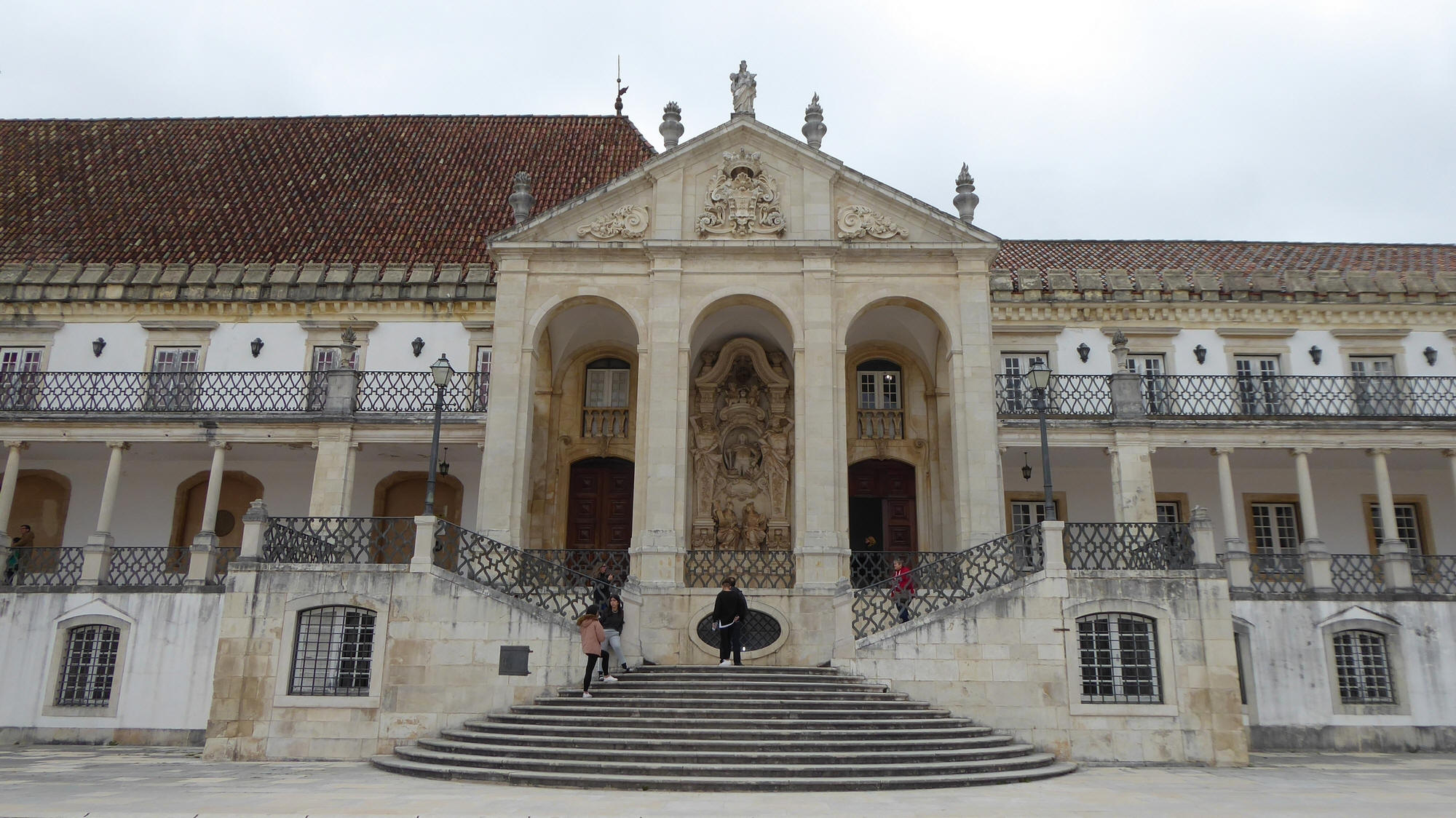 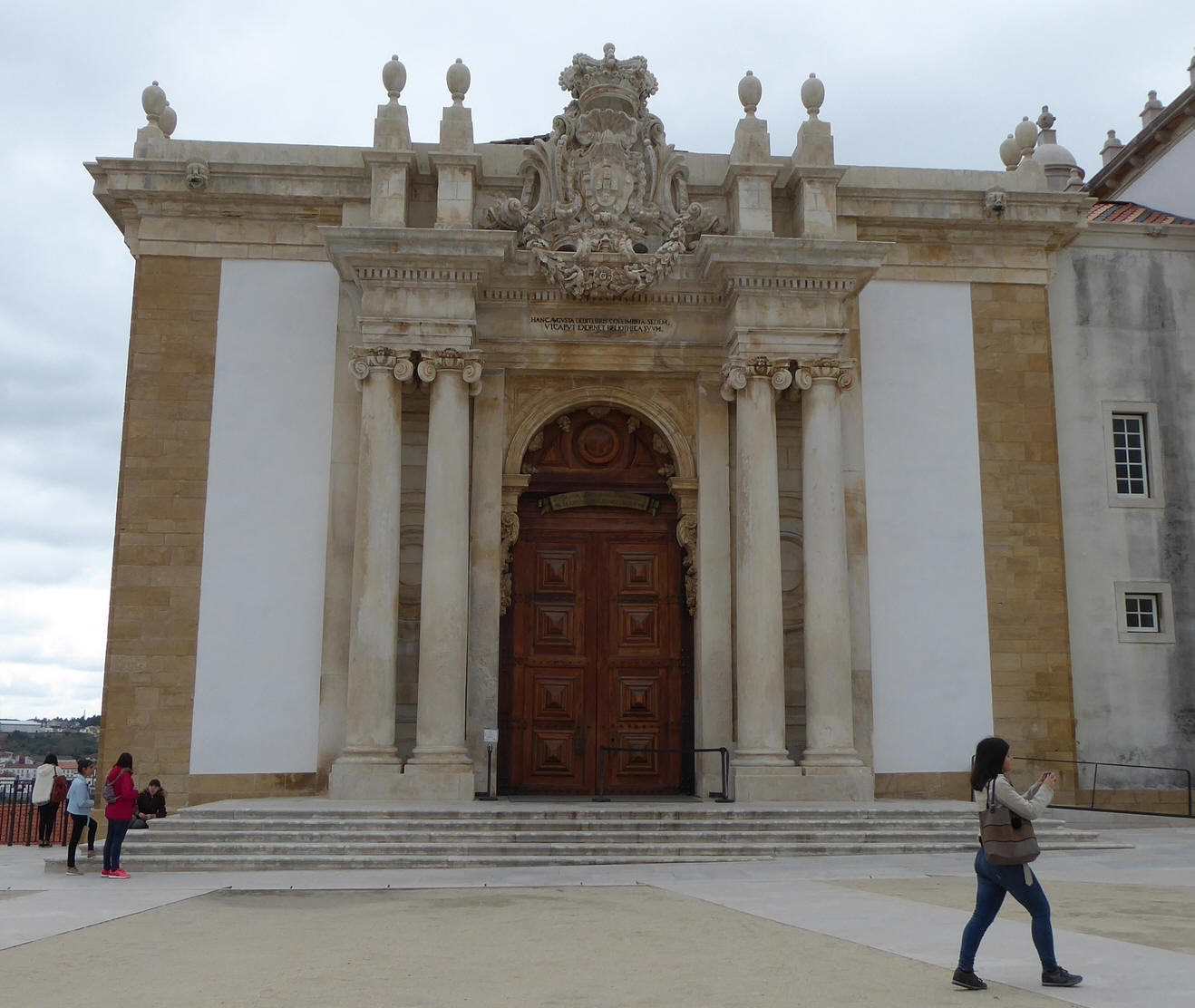 Many famous Portuguese who have worked in fields such as politics, culture and science have had their time at the university either as students or as lecturers. 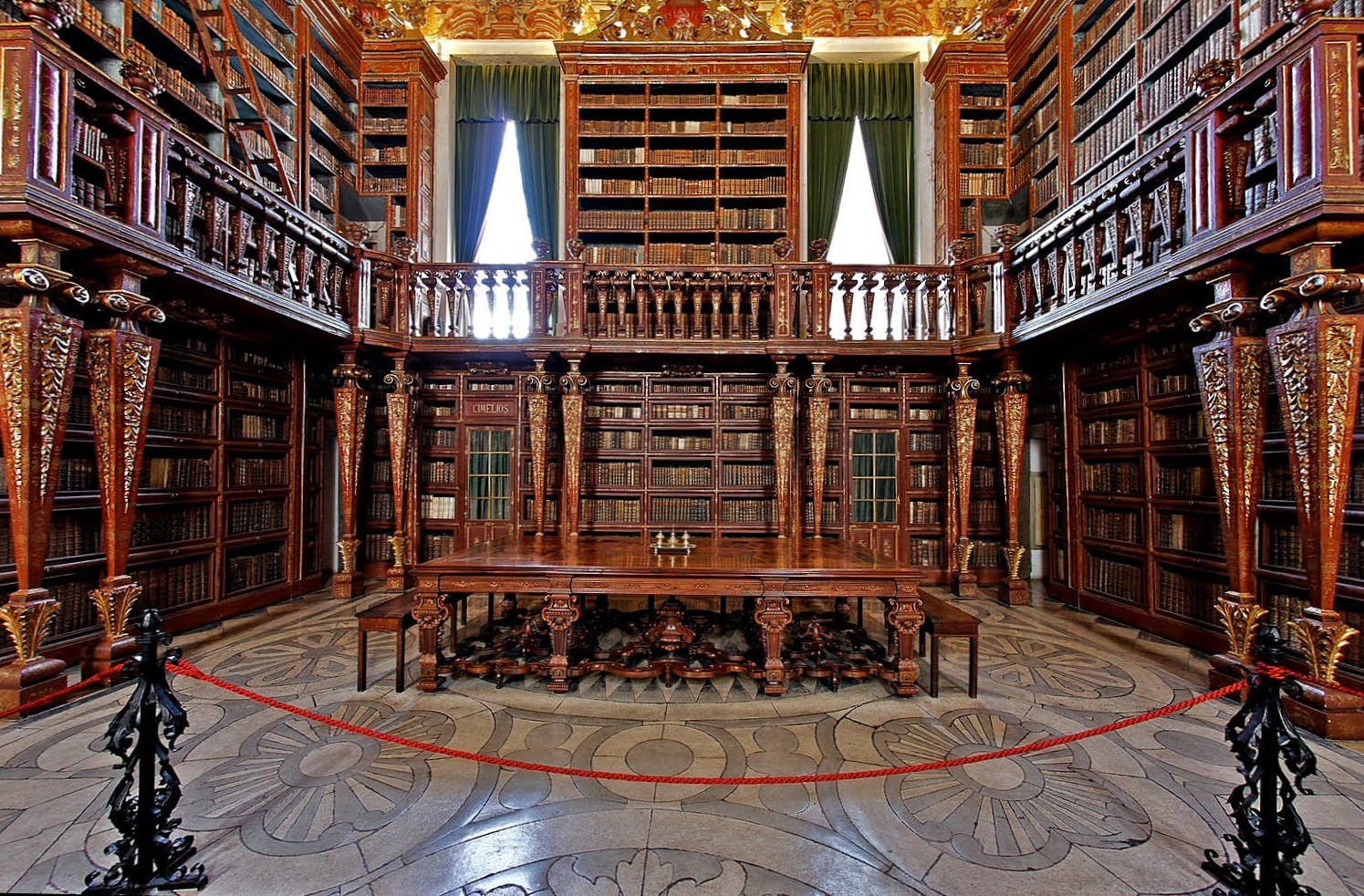 the University Library in Coimbra

The library was built in 1717 and was named "Joanina" after the king. The library is estimated to contain many rare and valuable books among the many copies from the 15th - 18th centuries.

Much is being done to preserve this unique collection, but among the more unusual methods are small bats that fly around at night and live by eating the insects that are such a threat to the book collection. To prevent the whole thing from being covered with excrement, the library is covered with skins every evening, which are placed over tables and chairs. This method has been used successfully for hundreds of years and not just in Coimbra. 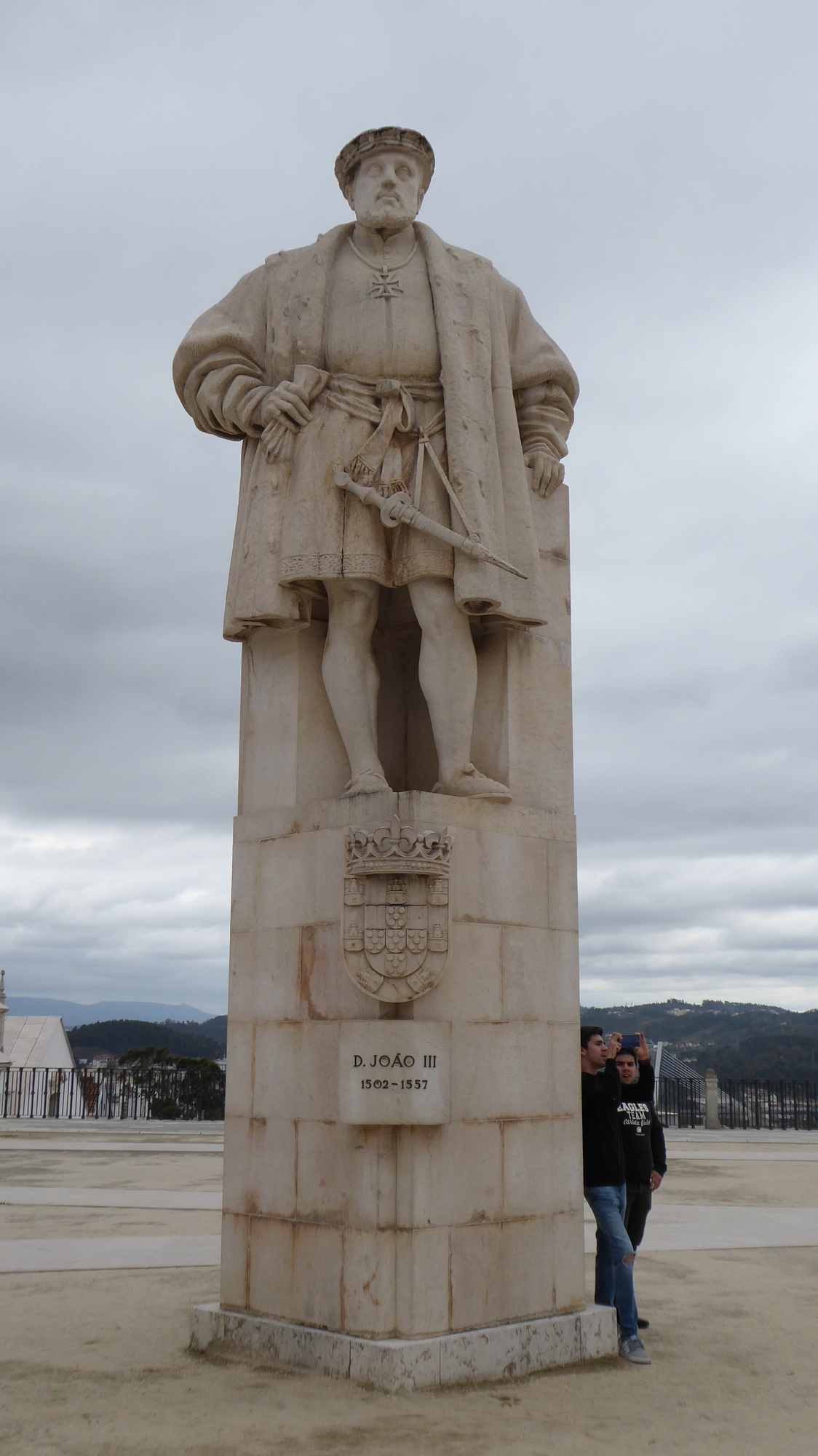 Statue of King D. João III (The Pious), who moved the university to Coimbra - Spring 2018

The long list of personalities includes Luís Vaz de Camões, considered Portugal's greatest poet, the only Portuguese Nobel Prize in Medicine Egas Moniz and the Portuguese dictator António de Oliveira Salazar, who ruled from 1933 to 1974. Furthermore, Aristides de Sousa Mendes can be highlighted, Consul General in Bordeaux, who in 1940 defied Salazar's regime by issuing tens of thousands of visas to Jews and other refugees. Pedro Nunes, a famous 16th-century mathematician who is considered one of the greatest Portuguese mathematicians ever, is also educated here just like the German Christopher Clavius, who was the chief architect behind the modern Gregorian calendar. 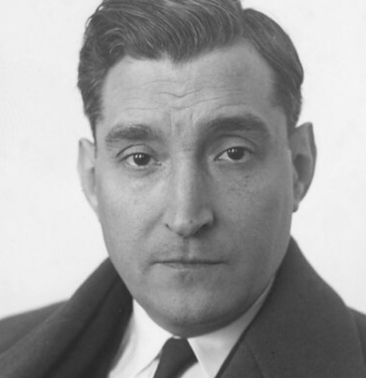 Salazar was behind the dreaded state security police PIDE, whose main task was to arrest, interrogate and imprison people who rebelled against his regime. It struck down hard on those who wanted and worked to establish a democratic government. Only during the peaceful &quot;Carnation Revolution&quot; in 1974 and with the help of the military it succeeded in overthrowing the dictatorship. 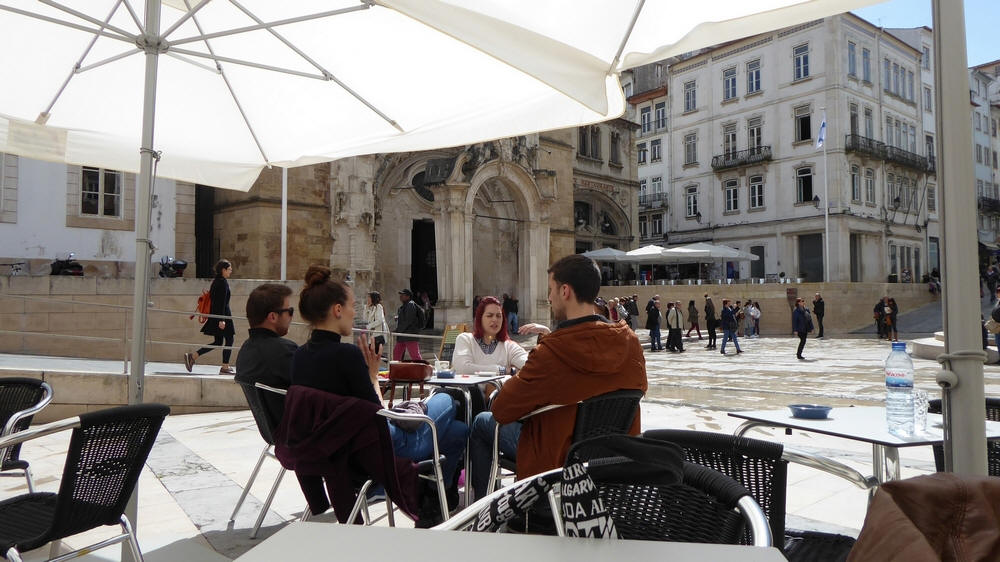