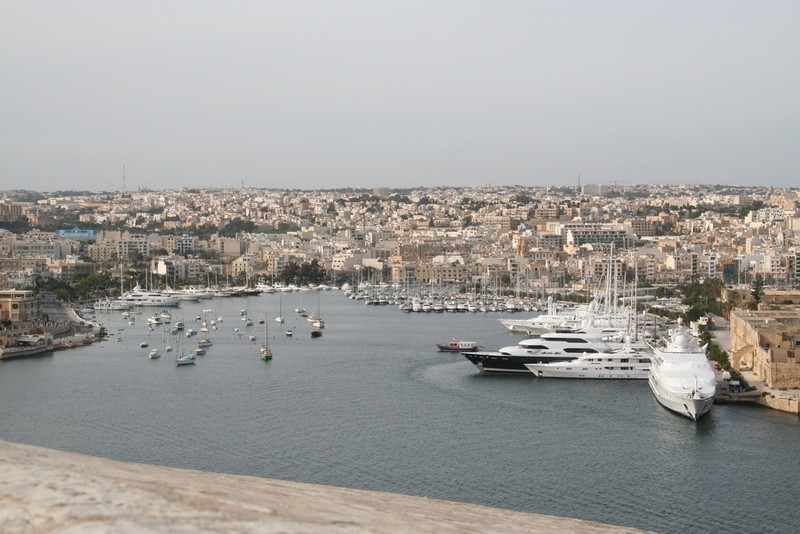 Malta is a small archipelago in the Mediterranean approx. 100 km south of Sicily. The island consists of three inhabited islands: the main island of Malta, the intermediate small island of Comino and the greenest island, Gozo. The country has about 400,000 inhabitants, crammed into 316 km2. Malta is one of the most densely populated countries in the world. If Denmark were to have the same population density, we would have to be more than 50 million people. 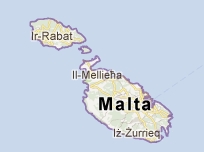 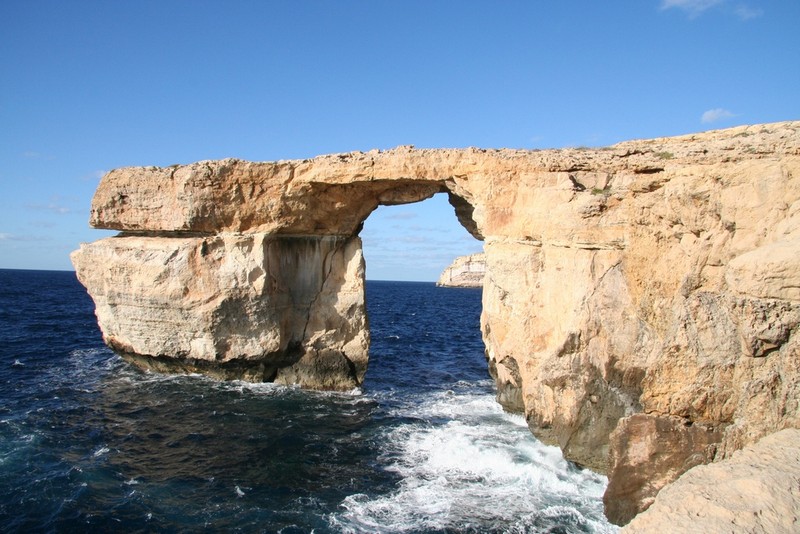 Many associate Malta exclusively with sun and sandy beaches, but the country is so decidedly far more than this. It is probably the place in Europe where there are the most sights on so few square kilometers. Here is everything from strange geological peculiarities to a unique and exciting story. One can only wonder that the country can contain so much. 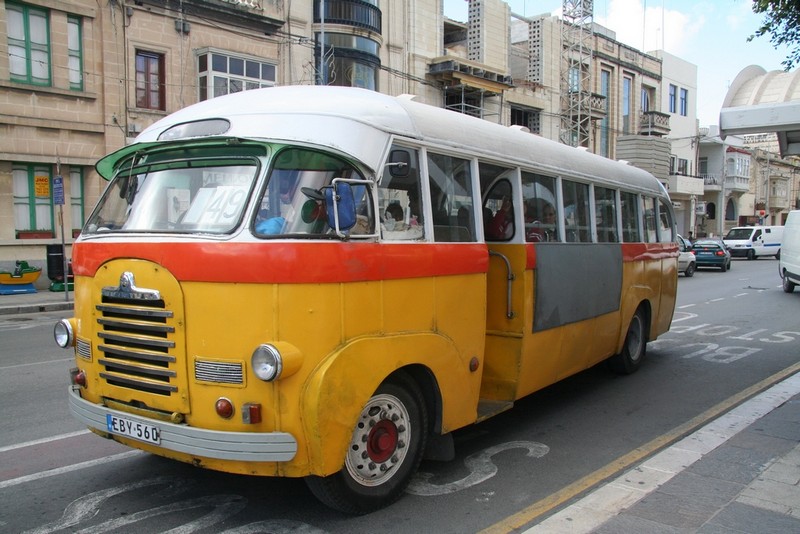 It may not be gender, but charming it was - December 2008

The country has throughout the ages been subject to many different peoples - including Phoenicians, Crusaders, Romans, Carthaginians, Arabs, French and British. All of these have left traces that can be recognized in culture and in language. Maltese is most reminiscent of Arabic and is related to Afro-Asian and Semitic, but has a lot of loanwords from Italian and English. However, as English is widely taught in schools, it is generally not a major problem to communicate with the Maltese.

Malta became independent in 1964 after being colonized by England. Most of the ancient Maltese buses date back to colonial times. Even though they have more than a lot of years behind them, there are still a few of them running. It is cheap to use the Maltese buses and since they also run to most of the places that are worth coming, it can be recommended to use them diligently. It can also be an experience in itself to be transported around in these veteran buses that are driven so deftly by their owners.

In 2004, Malta became a member of the European Union (EU) and the Maltese pound was replaced by the Euro.

Many tourists visit Malta every year and it is also the country's best source of income, but even if there are approx. 1.5 million tourists every year, the country does not seem as overrun as one might think especially not if one gets outside the high season. They have also been much better at managing hotel construction so that it does not seem as intrusive as is seen in so many other places. 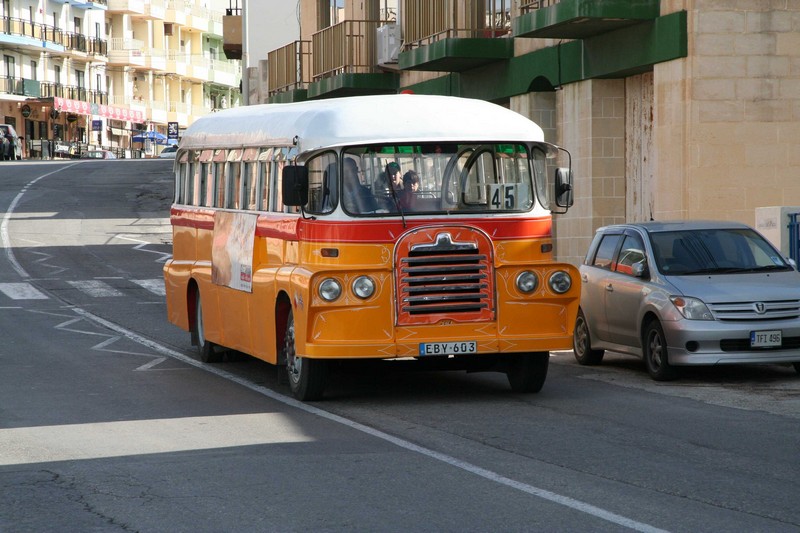 The road surface in Malta is largely the same age as the old buses they had until 2011, when they were replaced. In the main street of Mellieha town, however, the pavement is relatively new according to Maltese conditions - presumably from the beginning of the last half of the last century - December 2008. 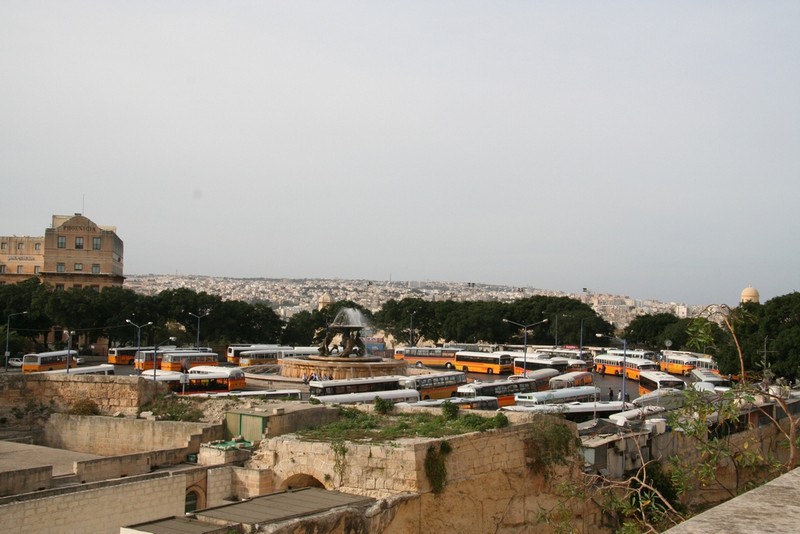 Most buses park outside the capital at Valletta's city gate - December 2009
Unfortunately, it is over with driving in the oldest of the old buses. As of July 3, 2011, the vast majority of the old buses were replaced. For us tourists, it is of course sad to have to do without this very special experience, but for the part of Malta's population that has to be transported daily in these rolling museum pieces, it must have been a welcome renewal.

In 2011, as previously written, Malta's very famous old buses ended. Until then, the cityscape was characterized by approx. 510 privately owned buses that transported the country’s population and one million tourists around year after year. Many of these buses were purchased during colonial times under English rule and some of them could date their baptismal certificates back to the 40s. After all these years, many had probably expected that it would be a natural but somewhat late old age that would take their lives, but instead it was the EU's demand for less pollution that put an end to this traffic.
Does the owner himself expect this Anglia from the 60s to ever be ready to drive
again? - Valletta December 2011 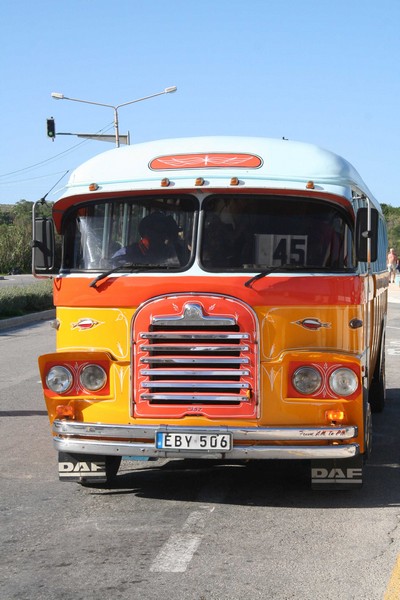 With a little love and a little work, the old buses could become quite beautiful - December 2008.