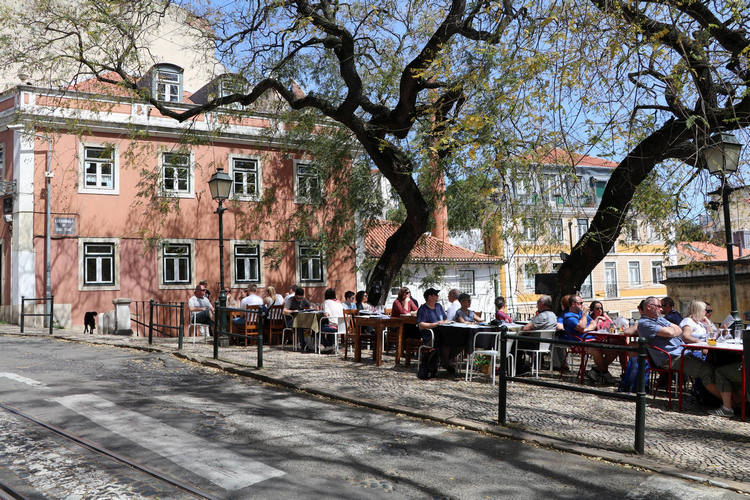 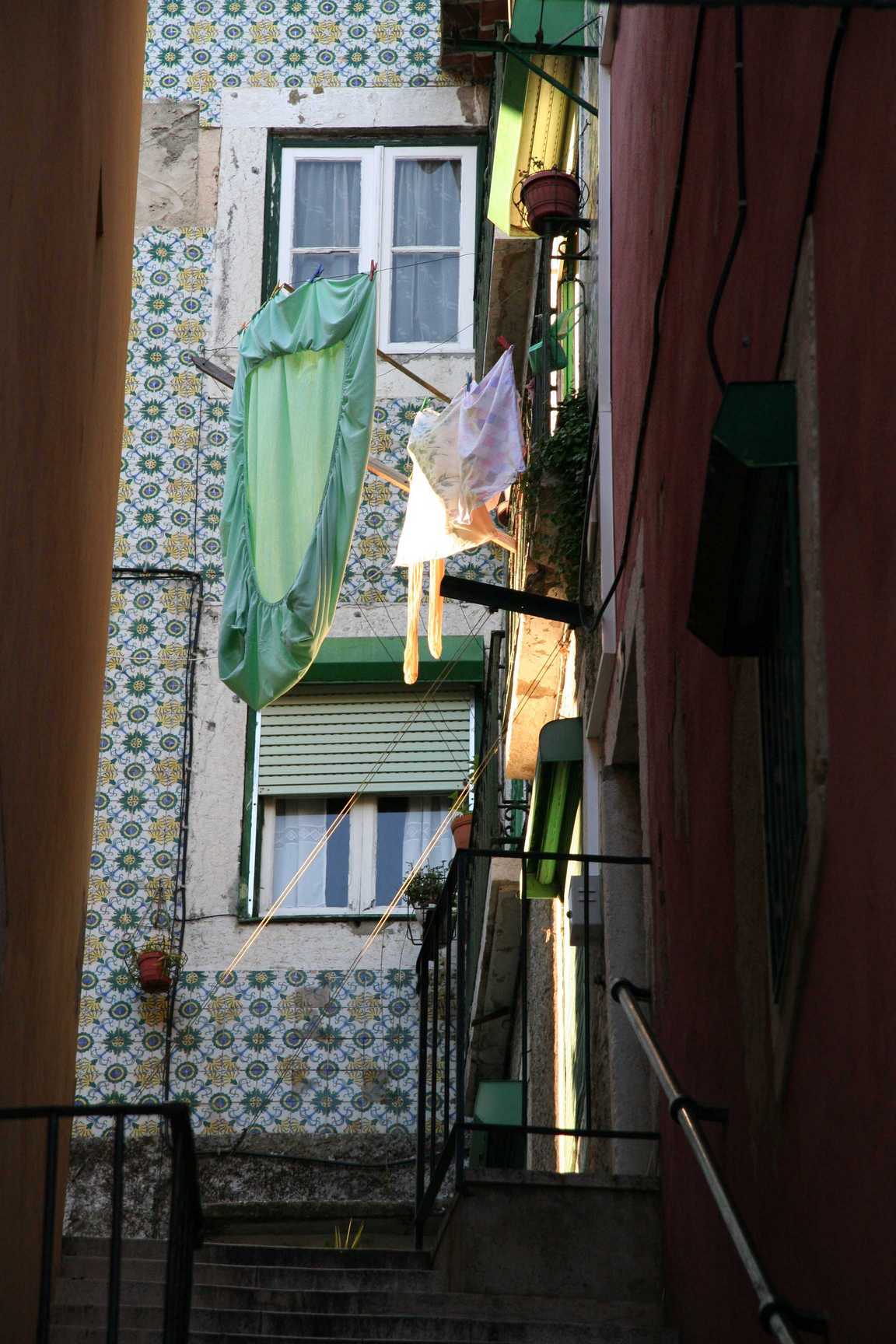 Alfama, Lisbon's oldest district, generally escaped the great earthquake of 1755. For the same reason, the district has retained its anarchist imprint with labyrinths of small strange streets and paths. Here it is really easy to lose track on the way around the beautiful old town, but it is definitely recommended to just be tempted to stroll around, because you can always take one of the many trams, should you get too far away. 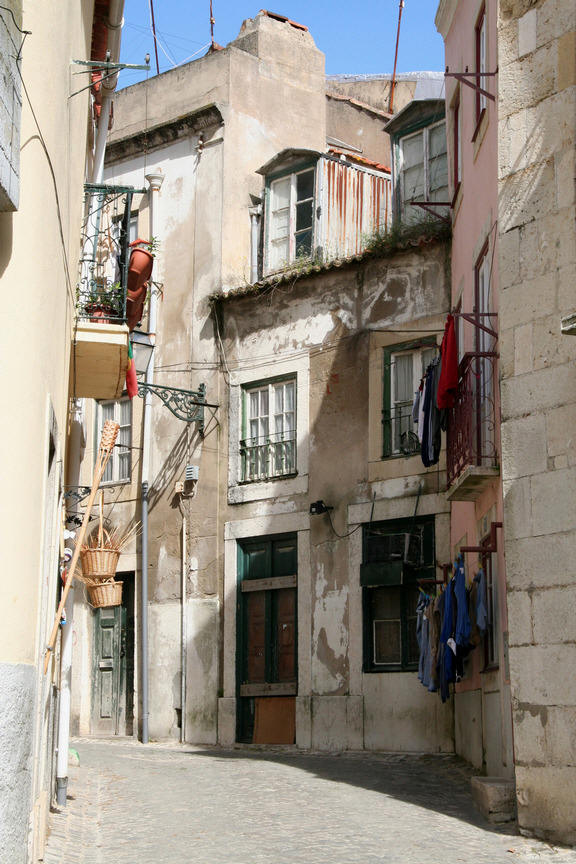 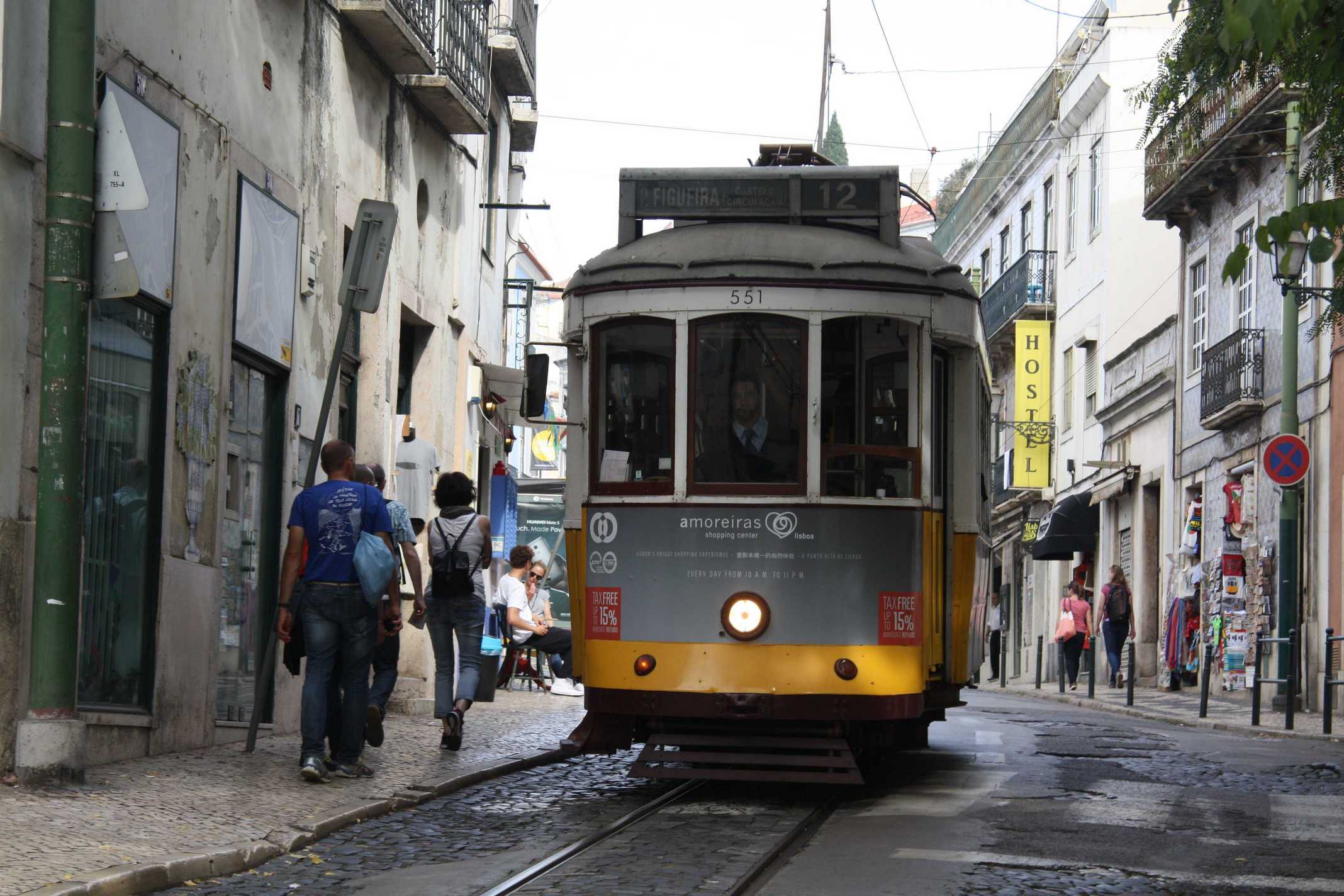 It may be that the castle - Castello de Sao Jorge - is Alfama's biggest tourist attraction, but a walk around the neighborhood is definitely just as interesting and rewarding. Just like in Bairro Alto, there are restaurants, cafes and fado singing here, but the winding streets and the old buildings that can often be dated back to the Moors are perhaps the most rewarding as they provide a very special atmosphere.

Alfama spreads between the Castello de Sao Jorge and the Tajo River and houses many attractions, cathedrals and churches, but it can also be recommended that some time are spent on the two elevated terraces - Miradouro de Nossa Senhora de Monte and Miradouro da Graça.

In the past, Alfama's residents consisted primarily of the poor, but in recent years developments have reversed and many of Lisbon's better off have bought houses and flats and left their mark on the area. This has meant that many of the houses have been renovated, which is positive and much needed, but it has also meant that many of the original occupants have been pushed out. However, this issue is not specific to Alfama or other parts of Lisbon, it is also known from other parts of Europe's major cities. 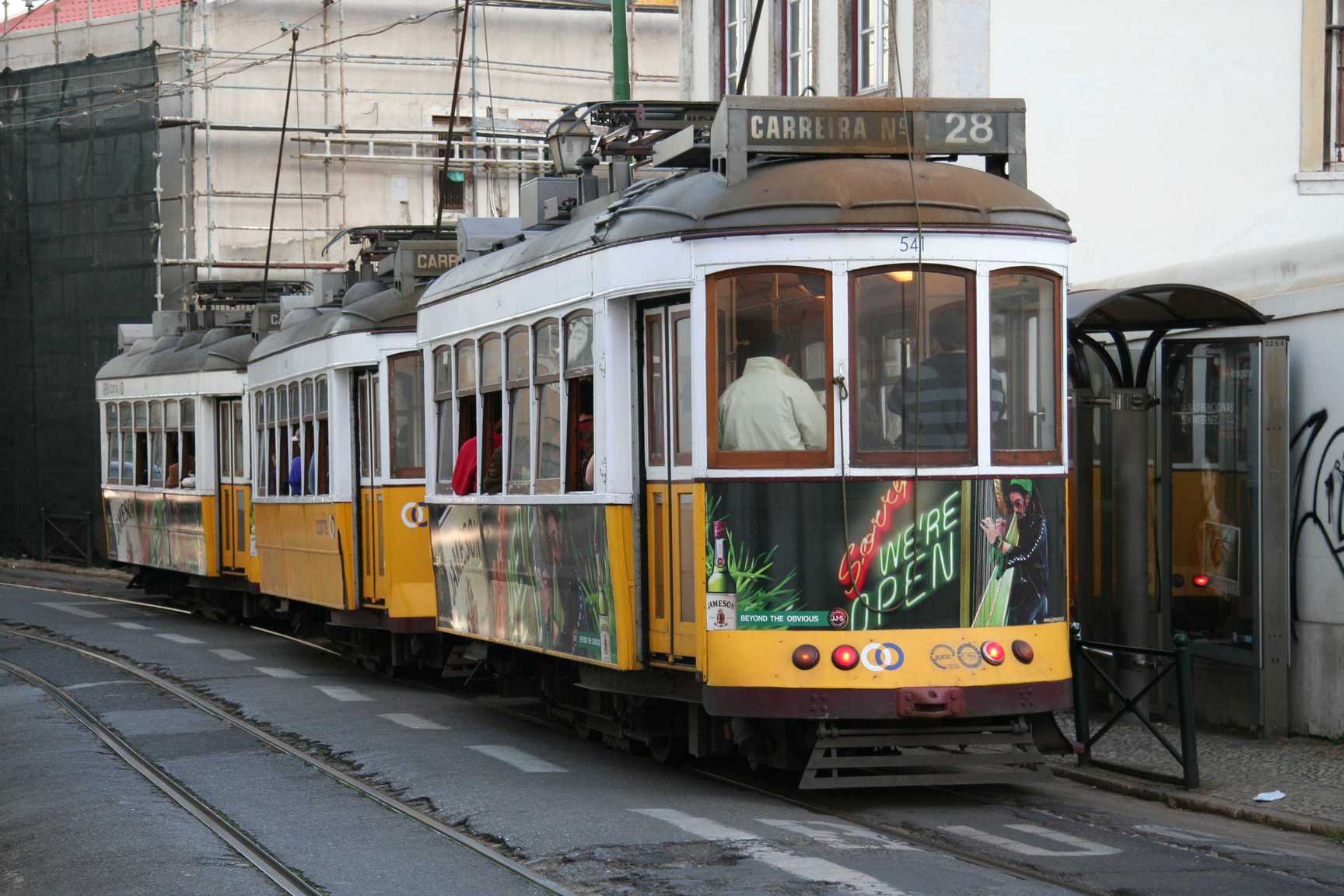 There may not be much space in the trams in Lisbon, but they come frequently. However, one should be aware that Line 28 is often completely filled up primarily by tourists who want to drive along the famous route.

From Miradouro da Graça there is an excellent café which offers good opportunities to sit and enjoy the view over the city and over to the castle. Often it is also possible to combine this with a little music, as it is not unusual for some musicians to just come by to show their ability and to earn a little for the day and the road. 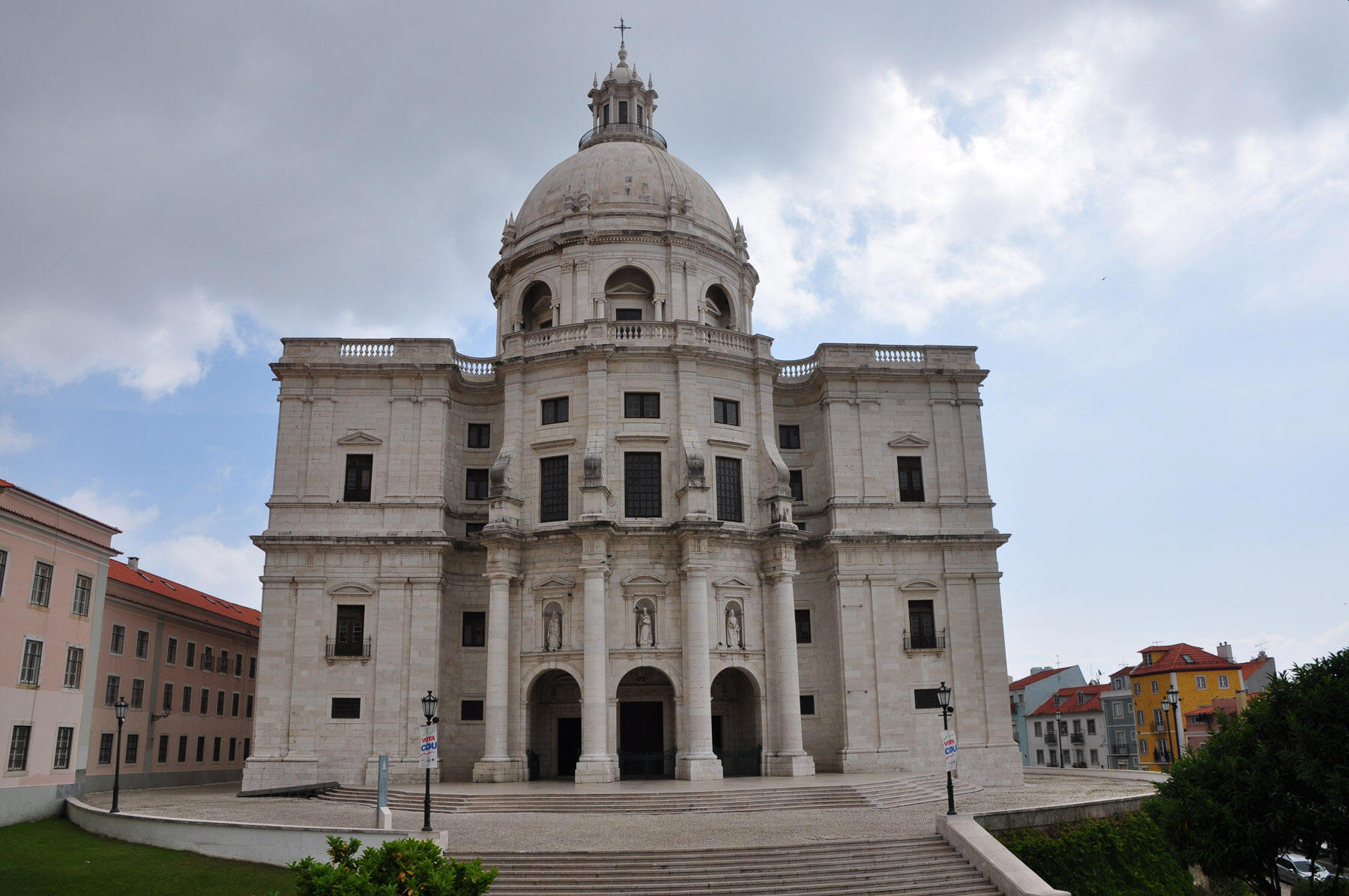 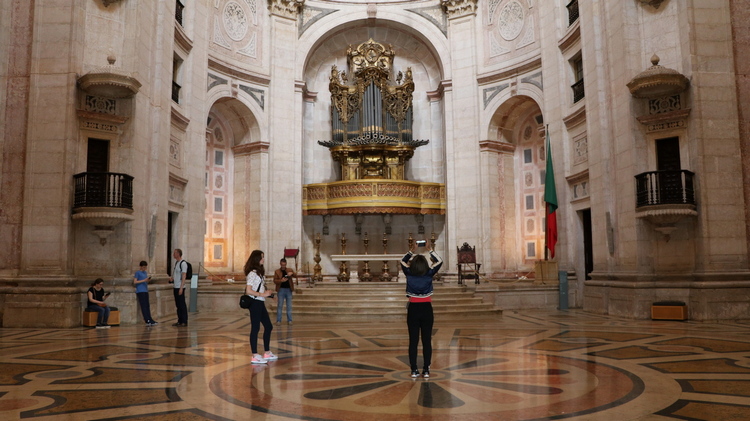 In 1916, during the First Portuguese Republic, the church of Santa Engrácia was transformed into a national pantheon. It was first completed in 1966 under the dictator António de Oliveira Salazar. 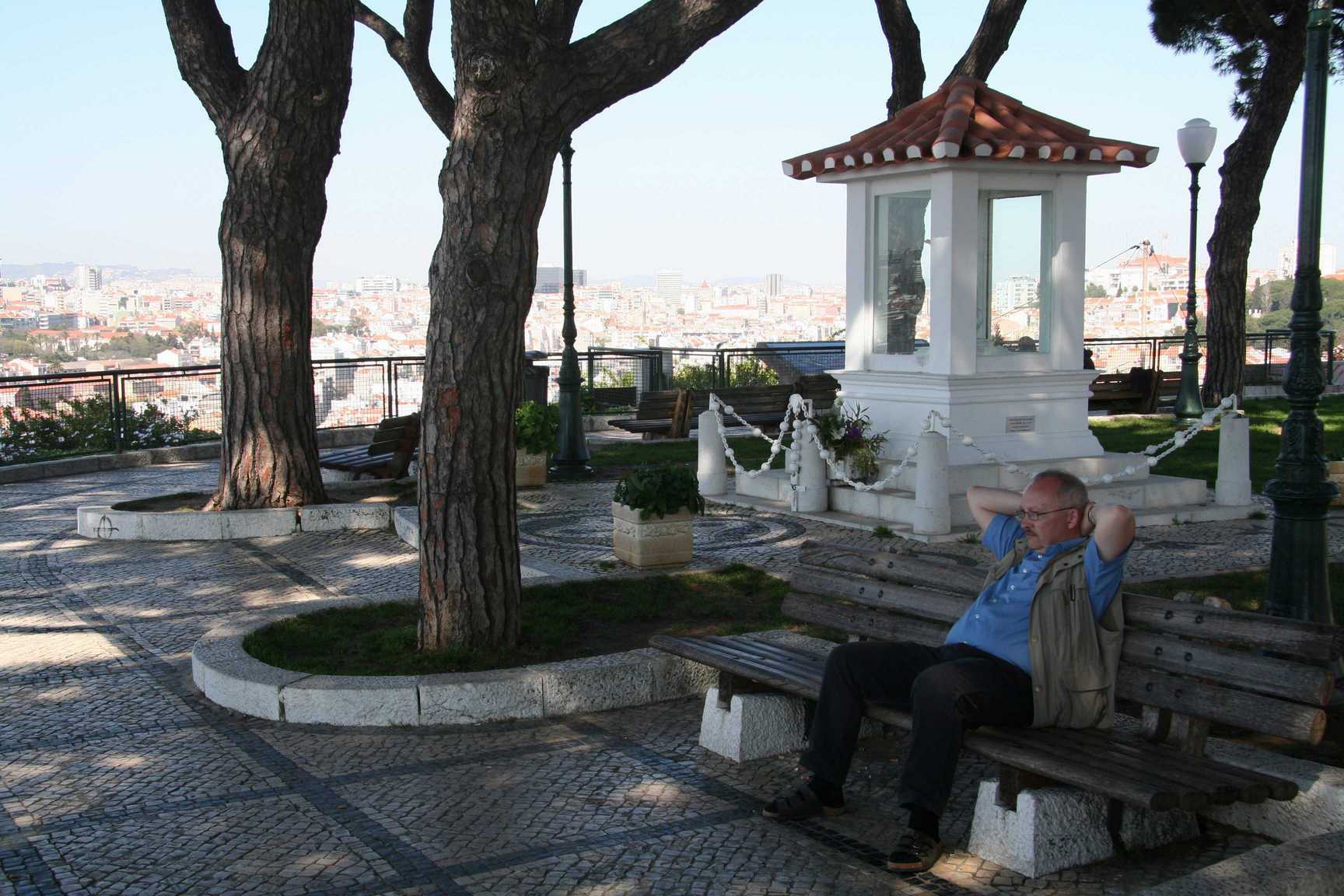 Miradouro de Nossa Senhora de Monte is Alfarma's highest point. From here there is an excellent view of the city and there is an ample opportunity to relax and let the impressions come to one. 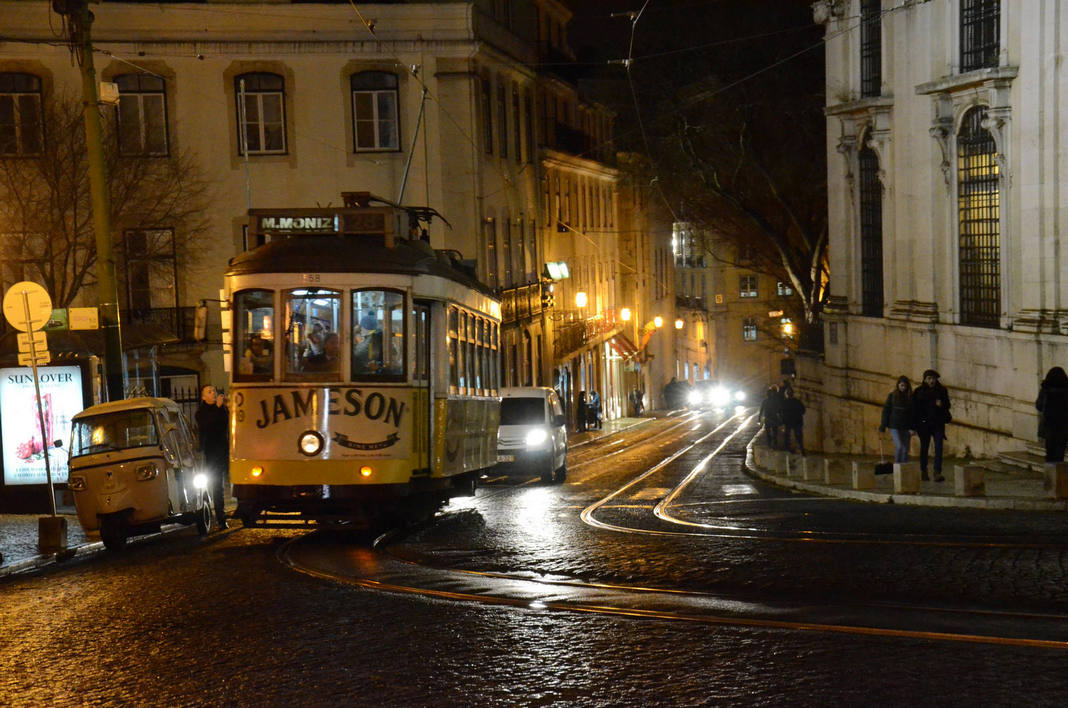