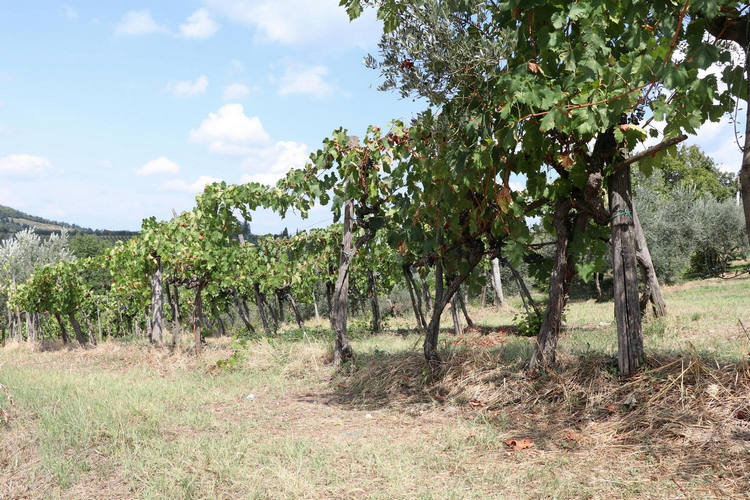 One of the many vineyards in Chianti

The area of Tuscany, commonly known as "Chianti", more or less corresponds to the Chianti Classico wine zone and is an oval lush and hilly area, located between Florence to the north and Sienna to the south. Within this area there are about eight Chianti towns, and among the many sights are countless ancient villages, castles, villas, monasteries, churches, vineyards, olive groves and tower houses. 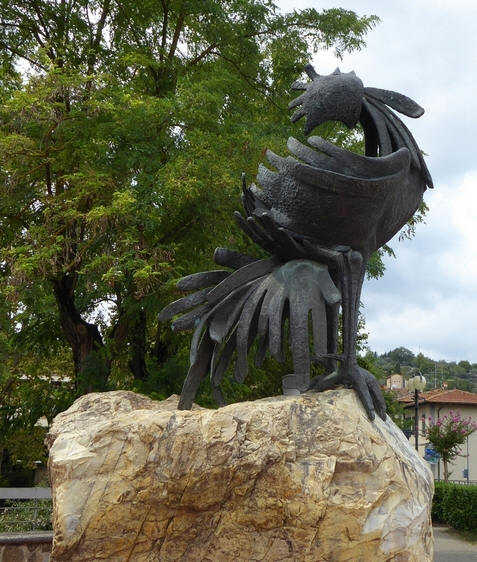 rooster symbol on the bottle and banner, it is not enough that the grapes are grown on the 7,000 hectare area. The wines must also contain at least 80% Sangiovese, but up to 20% of the local Canaiolo and Colorino grapes or the international Cabernet Sauvignon, Syrah and Merlot grapes may be blended. Previously, up to 6% white grapes had to be added - this has been banned since 2006. 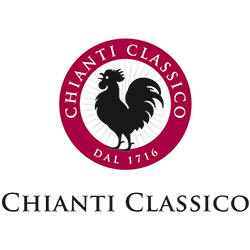 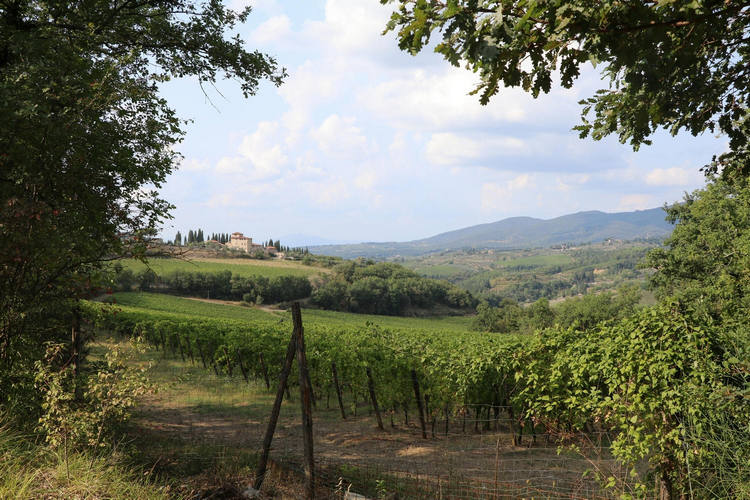 Another photo from the classic landscape of Chianti

The Chianti Classico district has 7000 producers and this is where the production of the Chianti wine began. The area's many slopes at an altitude of up to 650 meters give the sangvioso grapes the nocturnal cooling they thrive so well on. 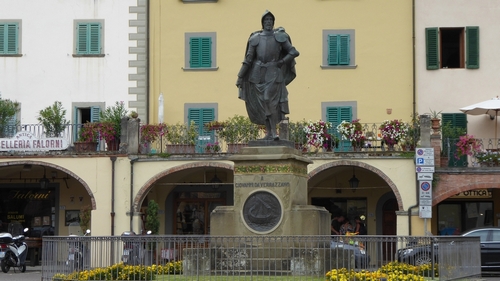 Statue of Giovanni da Verrazzano, who lived in Chianti - Summer 2018

Greve in Chianti is the capital of the Chianti wine region, stretching south of Florence to just north of Siena. In the town square you can taste the district's fine wines and the excellent Tuscan cuisine.
The town of Greve was renamed Greve in Chianti in 1972 after the inclusion of this area in the Chianti wine district. Greve in Chianti is a city and municipality in the Tuscan capital Florence. It is located about 31 kilometers south of Florence and 42 kilometers north of Siena.
The largest square in Greve in Chianti, Piazza Matteotti, is dominated by a statue of the sailor Giovanni da Verrazzano which i.a. explored the east coast of North America and parts of Brazil. He was also the first European to arrive in New York Bay (1524). It happened when he was looking for the northwest 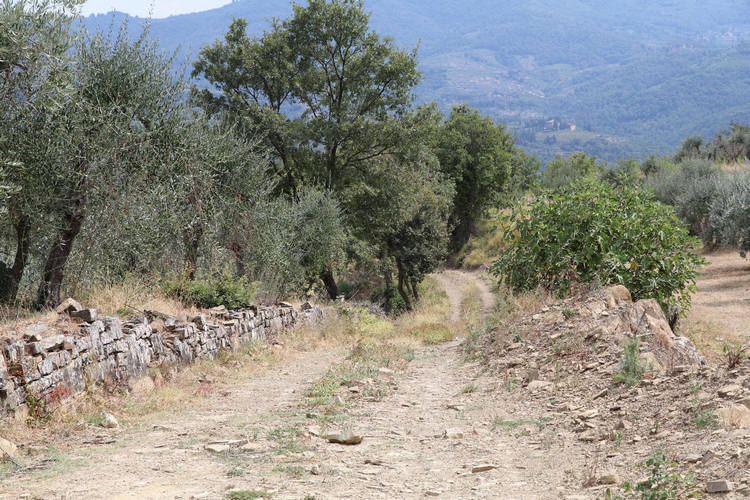 One of the many bad roads in the beautiful Tuscan countryside

Many times along the way in Tuscany, I blamed myself for not choosing an "SUV" to drive in, rather than the Fial 500L I chose at the rental company in Pisa. Not because of the limited engine power or the often easier way to get in and out - No, simply because I several times was about to have the muffler and exhaust pipes torn off. There were often so many deep holes in the roads that were very difficult to avoid even at a snail's pace. I would definitely recommend driving around in a "SUV" if you want to get around the beautiful countryside.