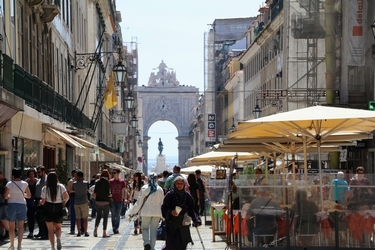 Rua Augusta is a street in lower Lisbon near Praca do Comercio and the Tagus River. The architecture is old and many of the structures are original. It is a very beautiful wide mosaic tiled street that is closed to driving traffic. The street is a bit like "Strøget" in Copenhagen, but is somewhat more dilapidated. 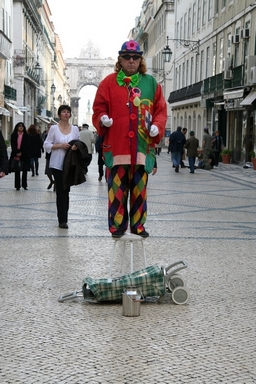 Most of the day there is a bustle in the pedestrian street, Rua Augusta, but this is also here you see most jokers, beggars and street musicians. There is always something going on here and for the same reason it can be recommended to sit down at one of the many sidewalk cafes and enjoy the diversity that unfolds before one's eyes. However, it is not one of the city's cheapest places.

Rua Augusta is a lively pedestrian street decorated with mosaics, and here you will find fashion shops and sidewalk cafes side by side. The street is the most elegant in Baixa, located in the center of Lisbon. 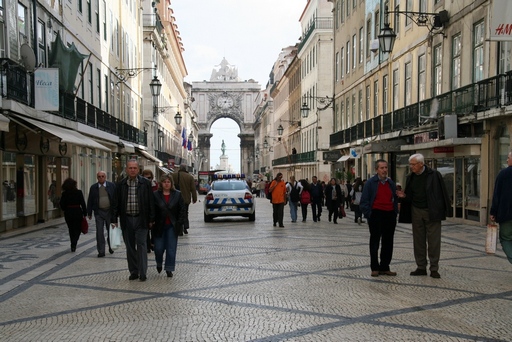 If you come from the sea side and walk through the triumphal arch, you come to the pedestrian street Rua Augusta, which is one of the many parallel streets in Baxia. In the past, the streets were divided according to the professions of the trades, but this is no longer the case. Rua Augusta - the most fashionable street in Lisbon - houses everything from exclusive international clothing stores to small simple sidewalk cafes. 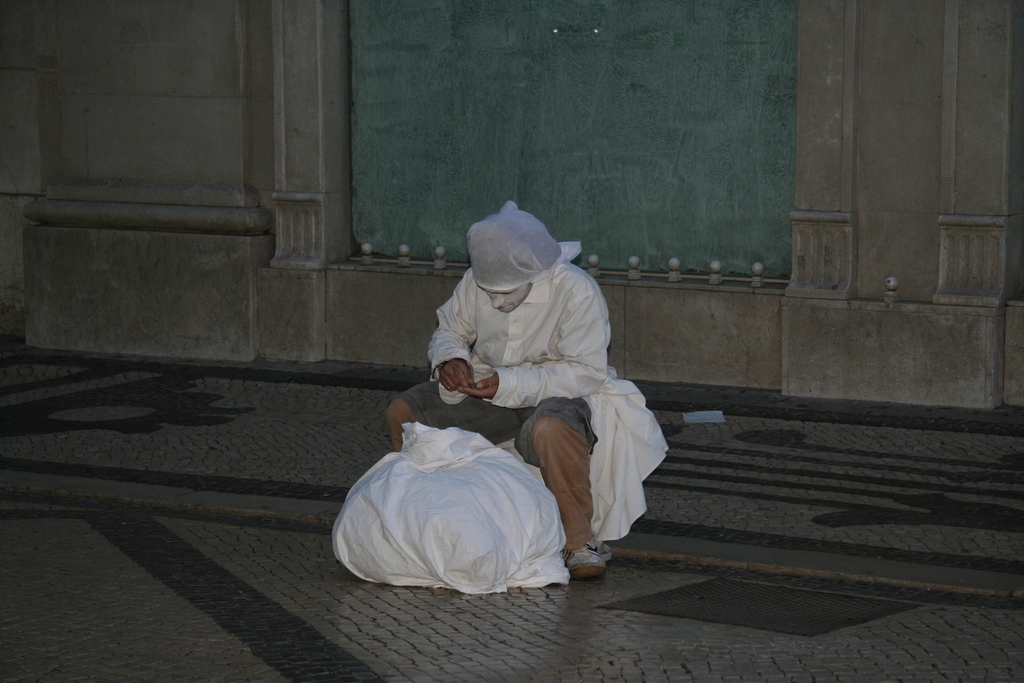 It is only natural to want to reward the poor who have dressed up most inventively or who perform something quite unique, but perhaps you should rather give your coins to those who are not as creative or no longer have the surplus to stretch out his hand - the ones you typically find lying on old cardboard boxes close to the house walls or on the hard wooden benches in the parks. 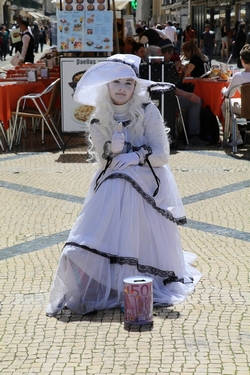 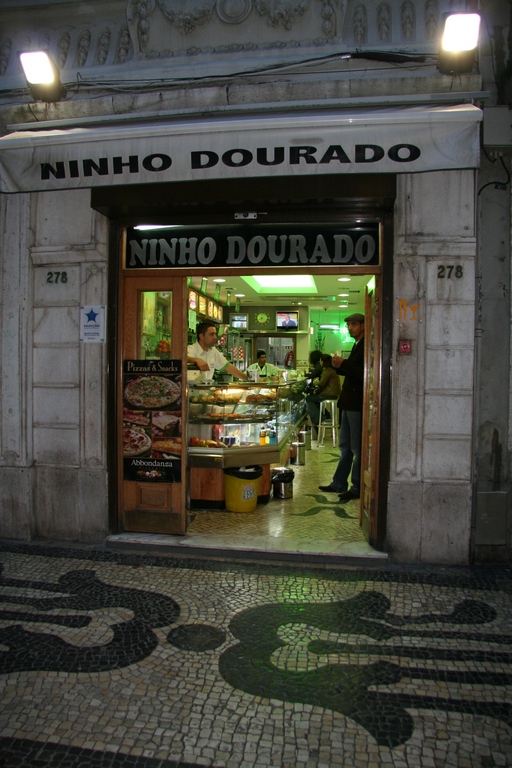 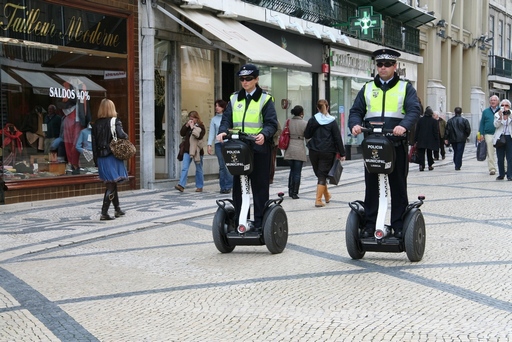 In the center of Lisbon, the police are very visible, but most of their time is spent answering tourists' questions and keeping an eye on the beggars in the cityscape. Crime is low compared to other big cities. 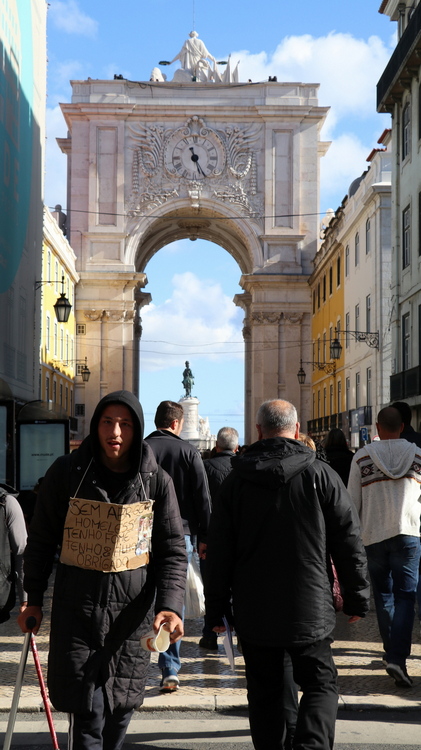 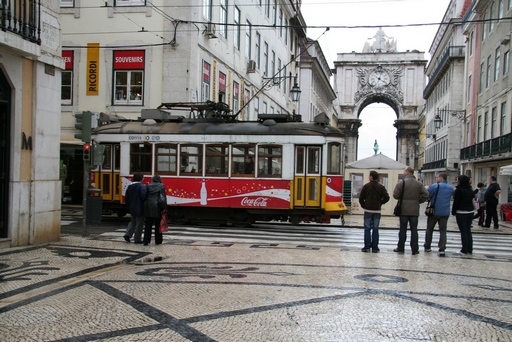 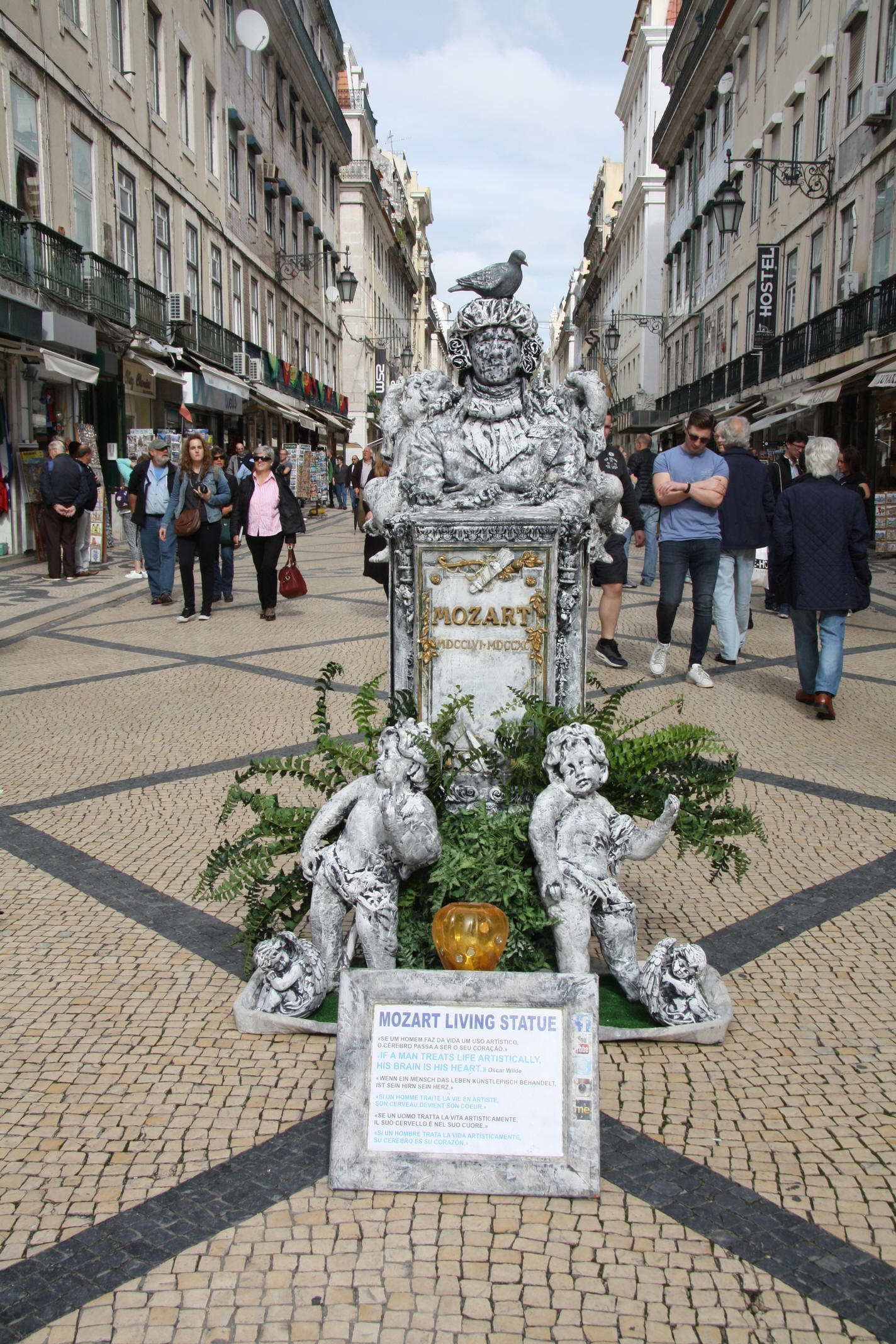 Quite nice and convincingly made