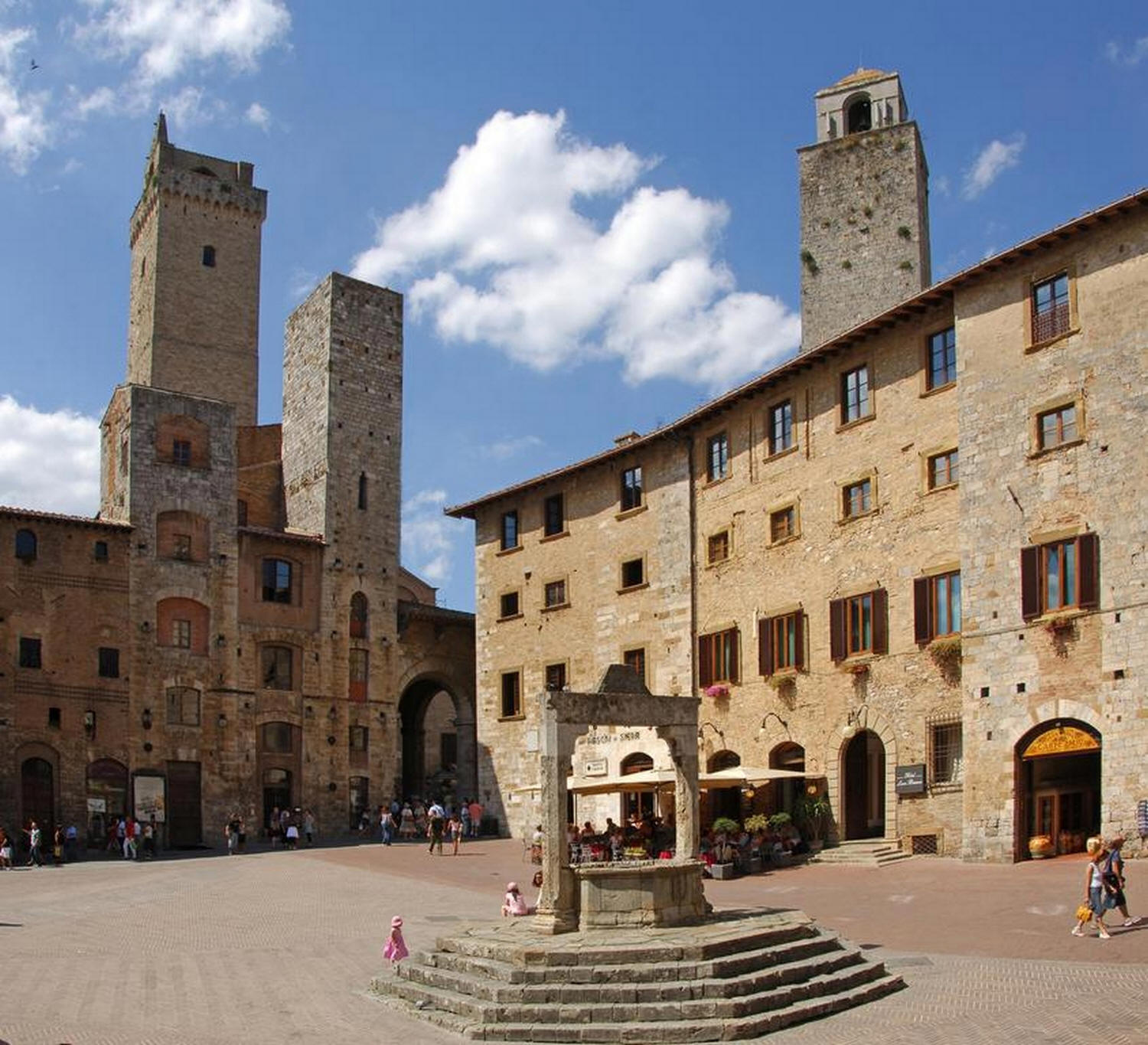 San Gimignano is located on the ancient pilgrimage route - Via Francigena - which ran from Canterbury in the south of England and to Rome in Italy. The city was founded in the 3rd century BC. and later it was given the name San Gimignano, which was the name of a bishop of Modena who had defended the city against Attila. Due to the location of the city, it grew large and rich in the Middle Ages. In 1199, the city gained independence, which lasted until 1348, when it became subject to Florence. 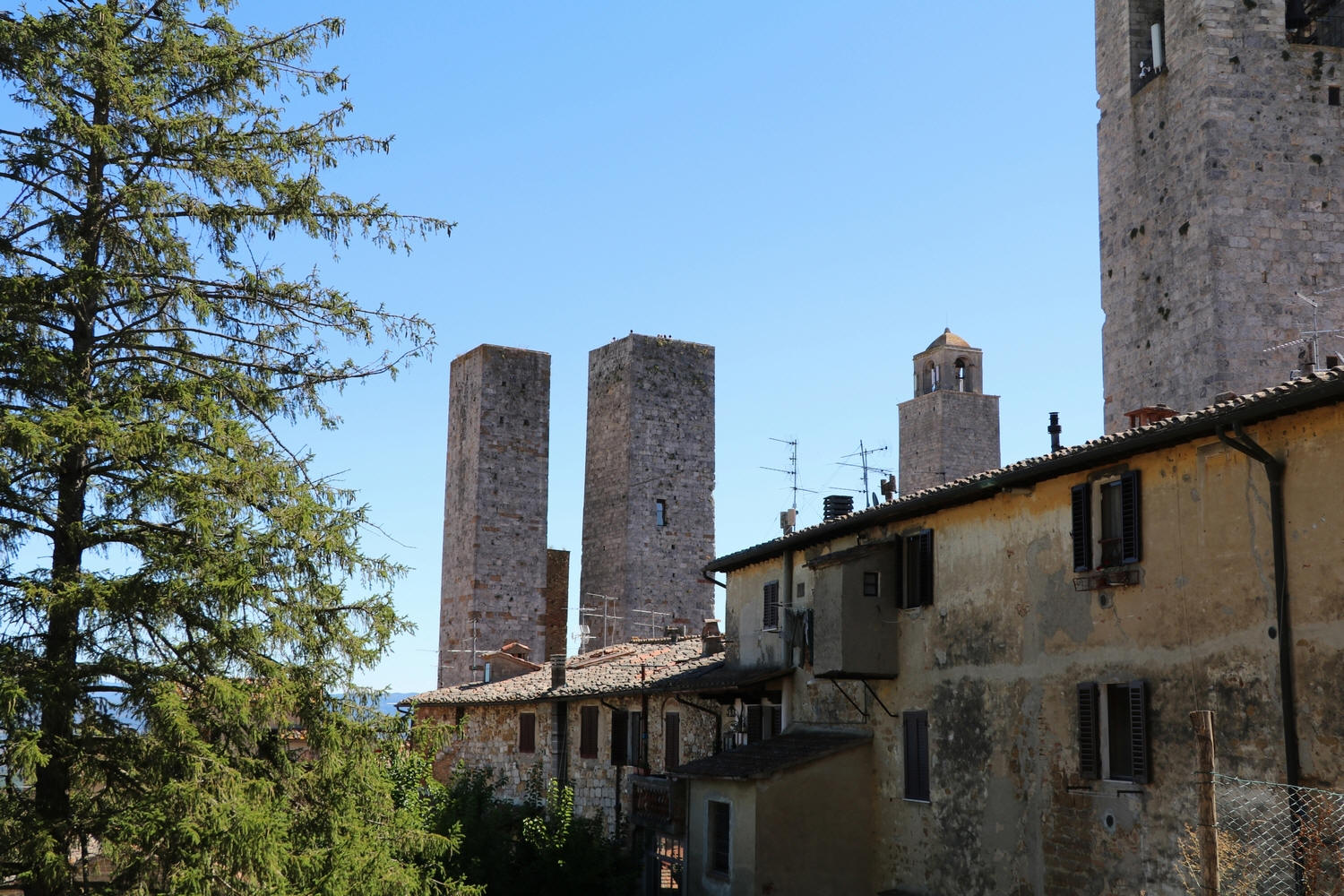 San Gimignano is surrounded by a well-preserved city wall, but is especially known for its many medieval towers. The towers were primarily a status symbol that exhibited the wealth of the families, but at the same time they could be used for defense purposes. The Middle Ages were rich in strife and it was not just external enemies who tried to enrich themselves at the expense of the city - Internal showdowns between "guelfere" on the one hand and "ghibellines" on the other, could be quite bloody. Guelfere supported the pope and the ghibellines supported the emperor. 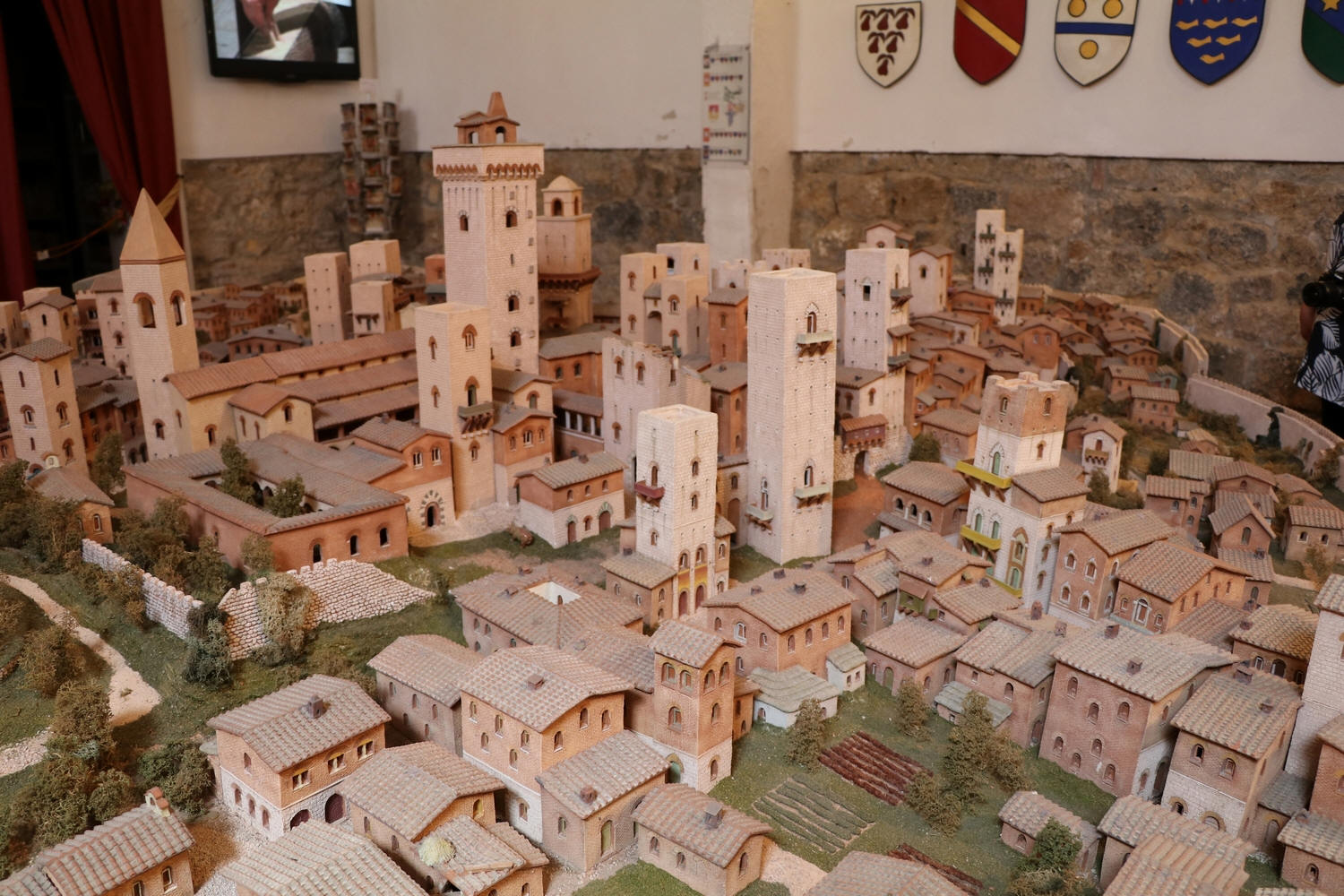 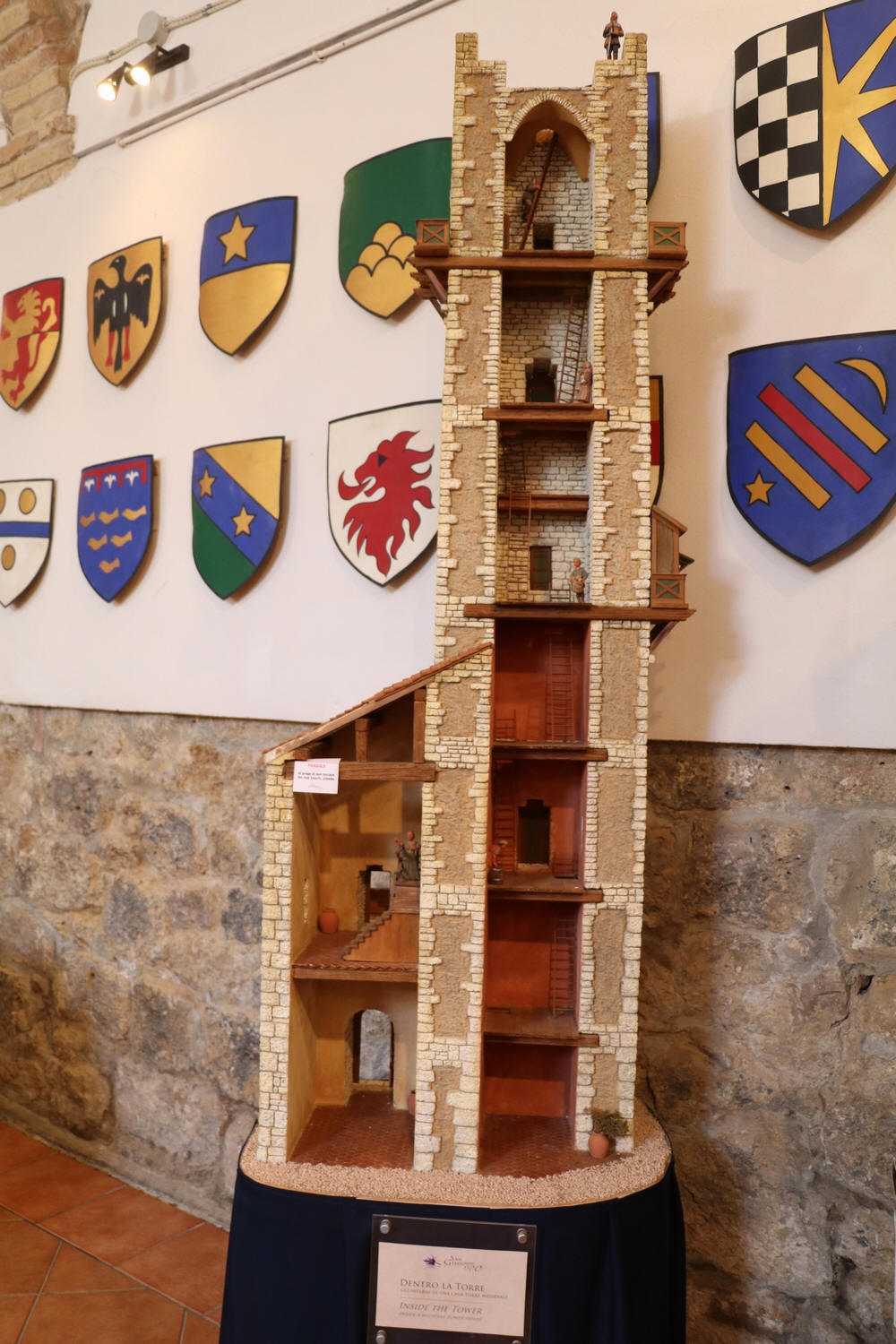 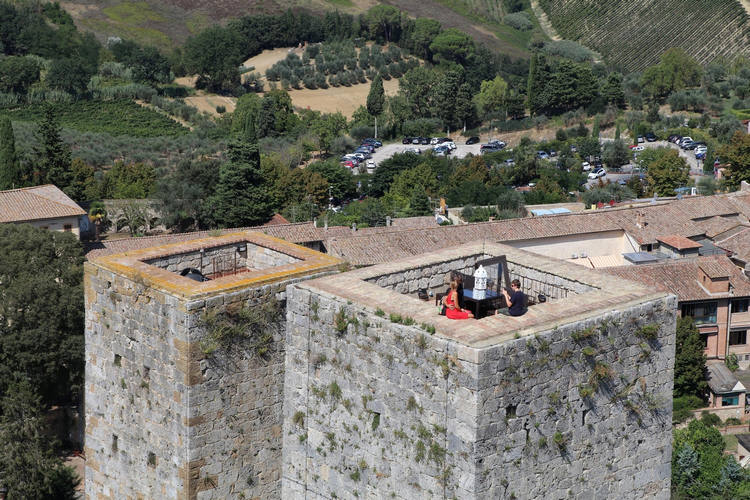 Several families had underground passages that connected their tower with others. If it became relevant to withdraw from one's own tower during an attack, one could flee to the neighbor's or another ally's. 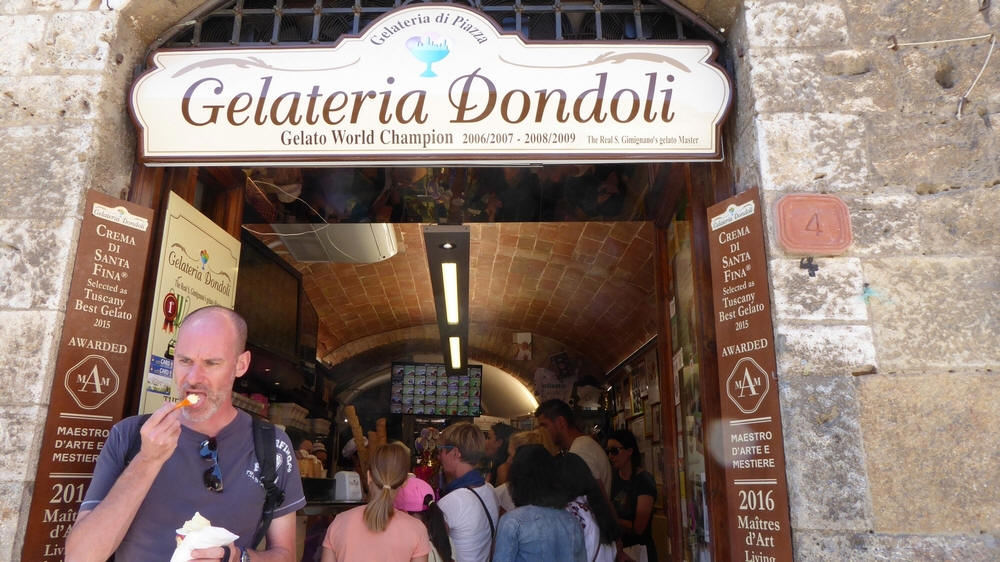 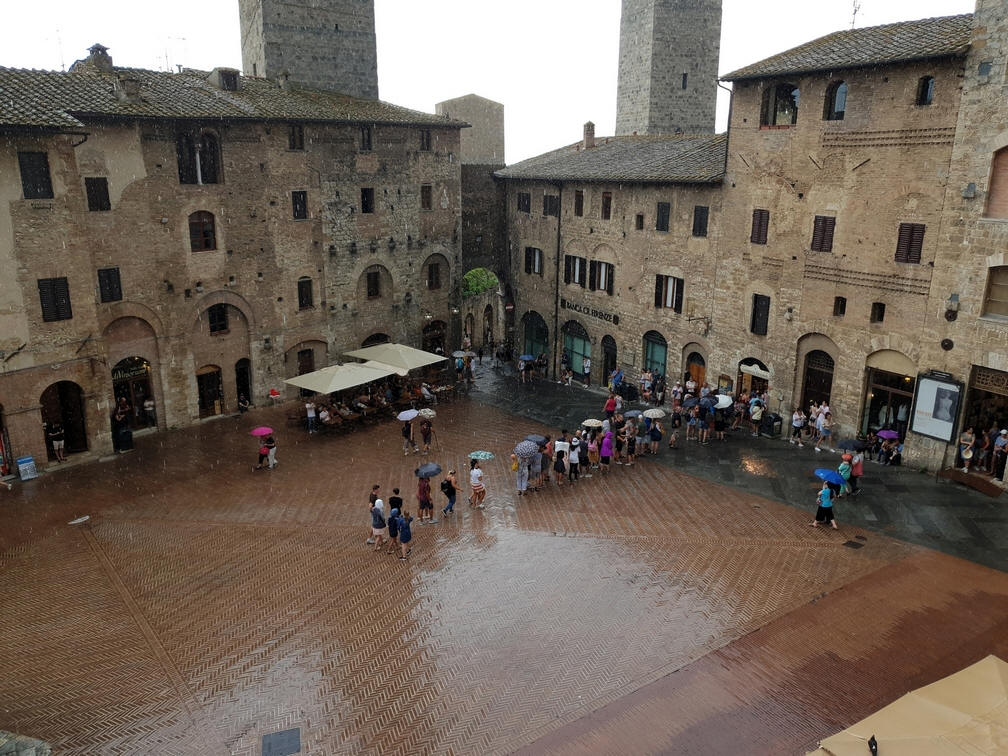 Even in rainy weather, there is a queue for the city's best ice cream at Gelateria Dondoli located in the city center on Piazza della Cisterna. Throughout the opening hours, you can expect a queue at the popular ice cream parlor - and a queue of a hundred meters is not unusual. 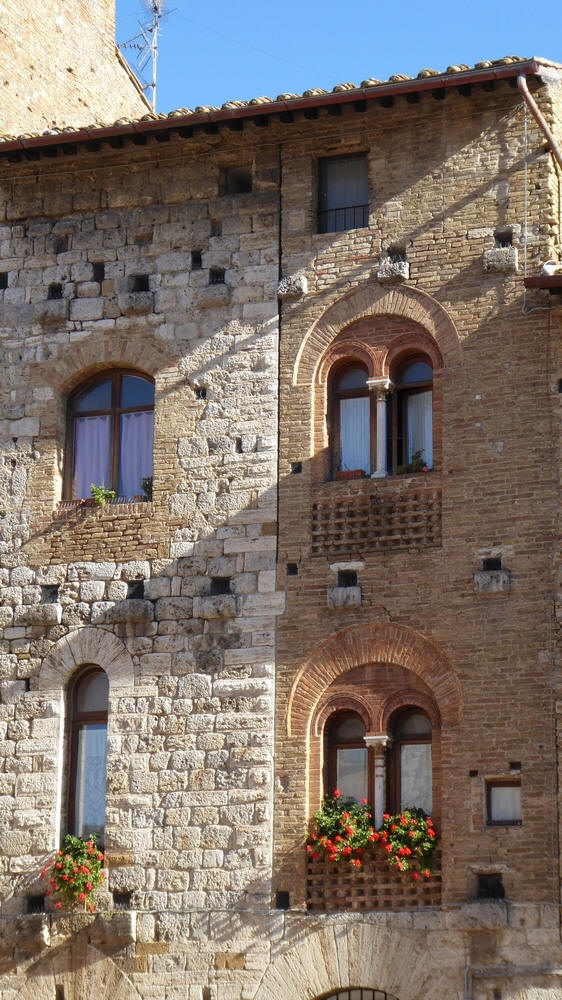 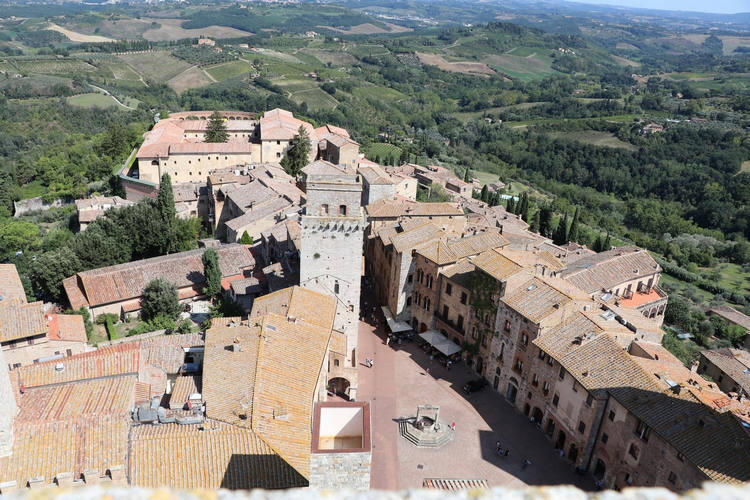 In the city's heyday, it is estimated that there were 72 towers - Today there are only 13 left. Of these, Torre Grossa from 1311 at 54 meters is the highest. The picture above is taken from Torre Grossa, which is accessible to tourists via the town hall. 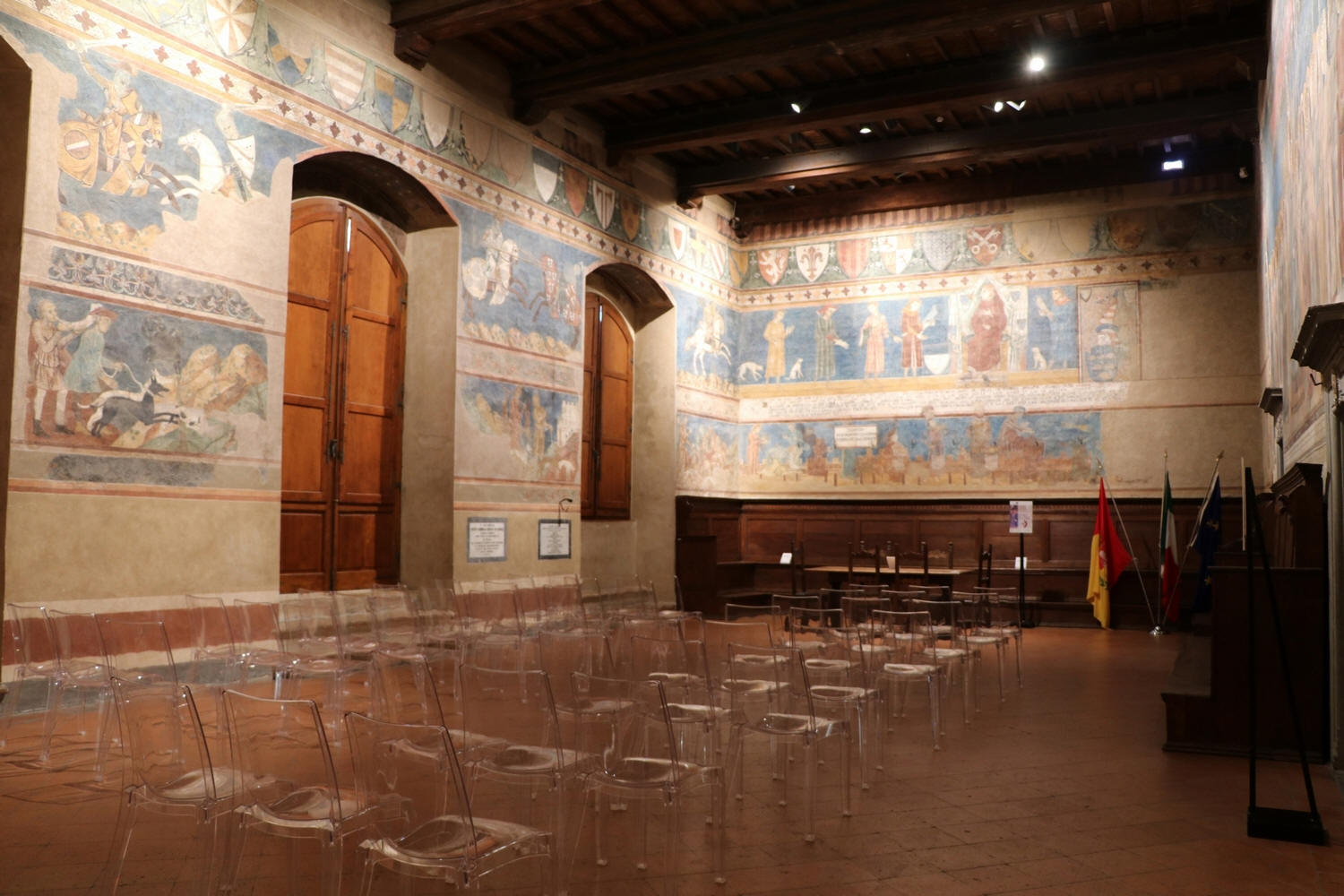 In the magnificently decorated town hall, Italy's national poet Dante Alighieri tried to persuade the citizens of San Gimignano to take part in the Guelph war against the German emperor. It was in the year 1300 and while he was ambassador of Florence. 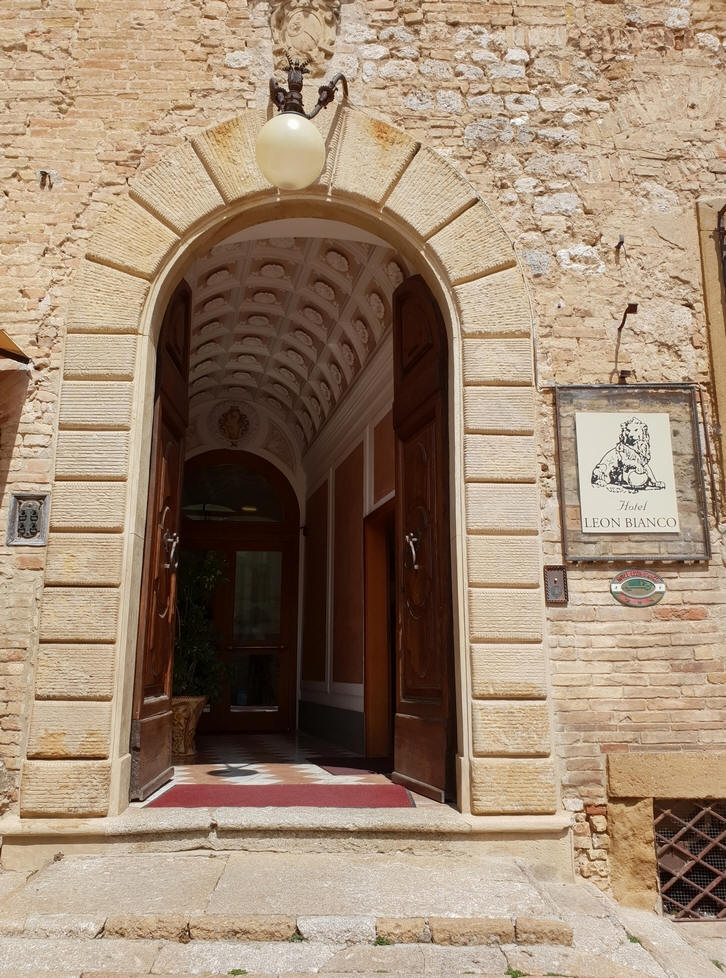 Hotel Leon Bianco is located in Piazza della Cisterna, one of San Gimignano's largest squares, dating back to the 11th century. It is definitely recommended to book a room there with a view to the beautiful square. It is a unique pleasure to wake up to such a view.. There are certainly other excellent hotels in the city, but none with this uniquely beautiful view. 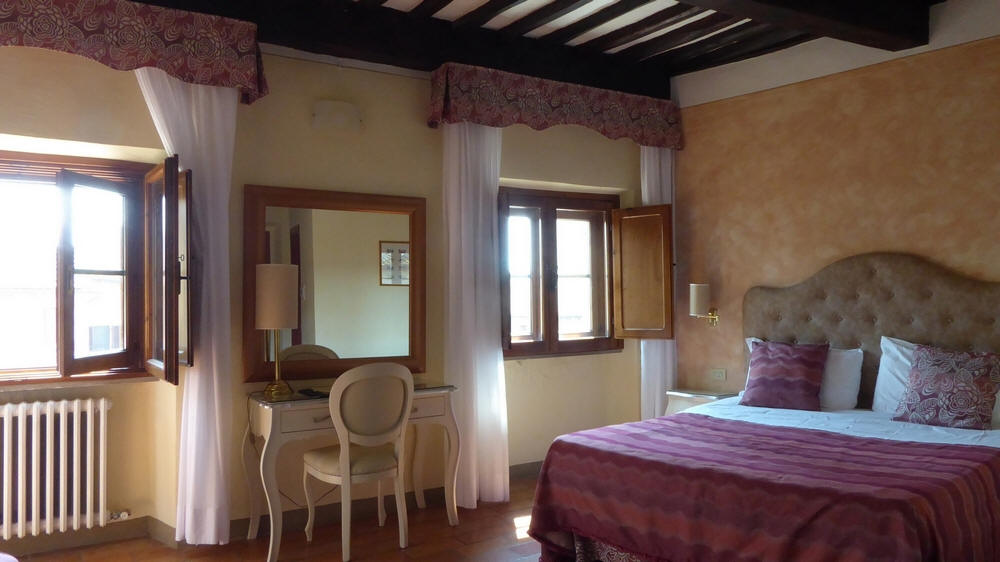 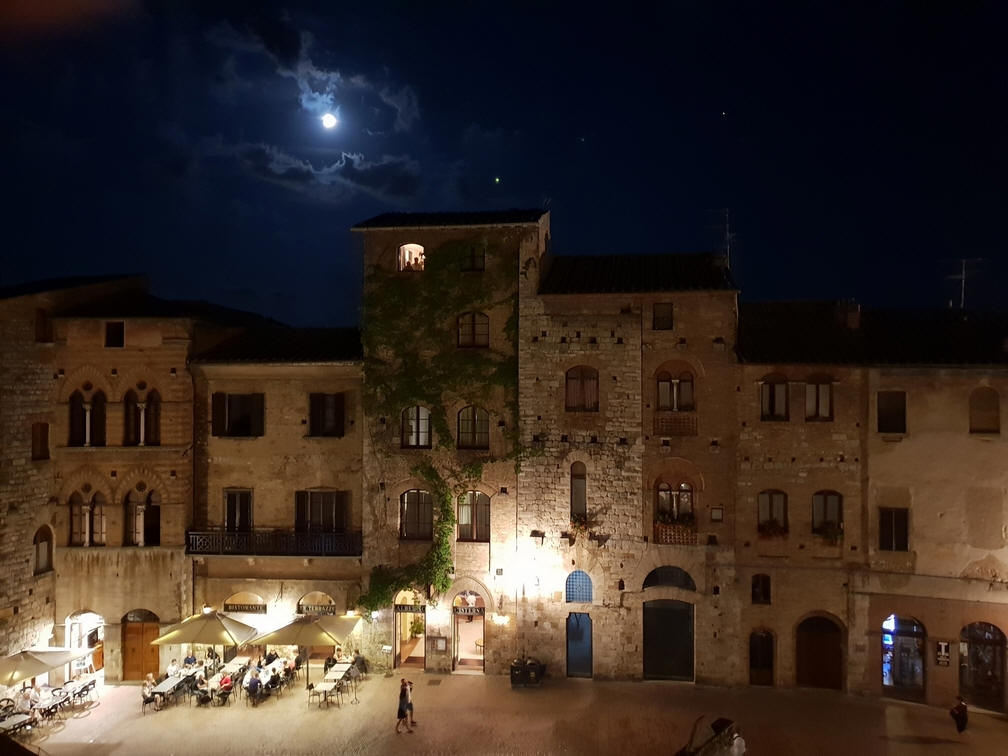 A summer evening in San Gimignano - 2018

San Gimignano was inscribed on the UNESCO World Heritage List in 1990 for its well-preserved and unique medieval architecture.