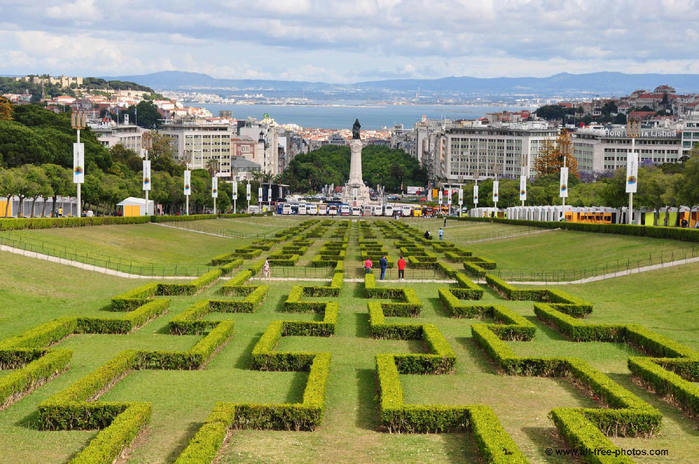 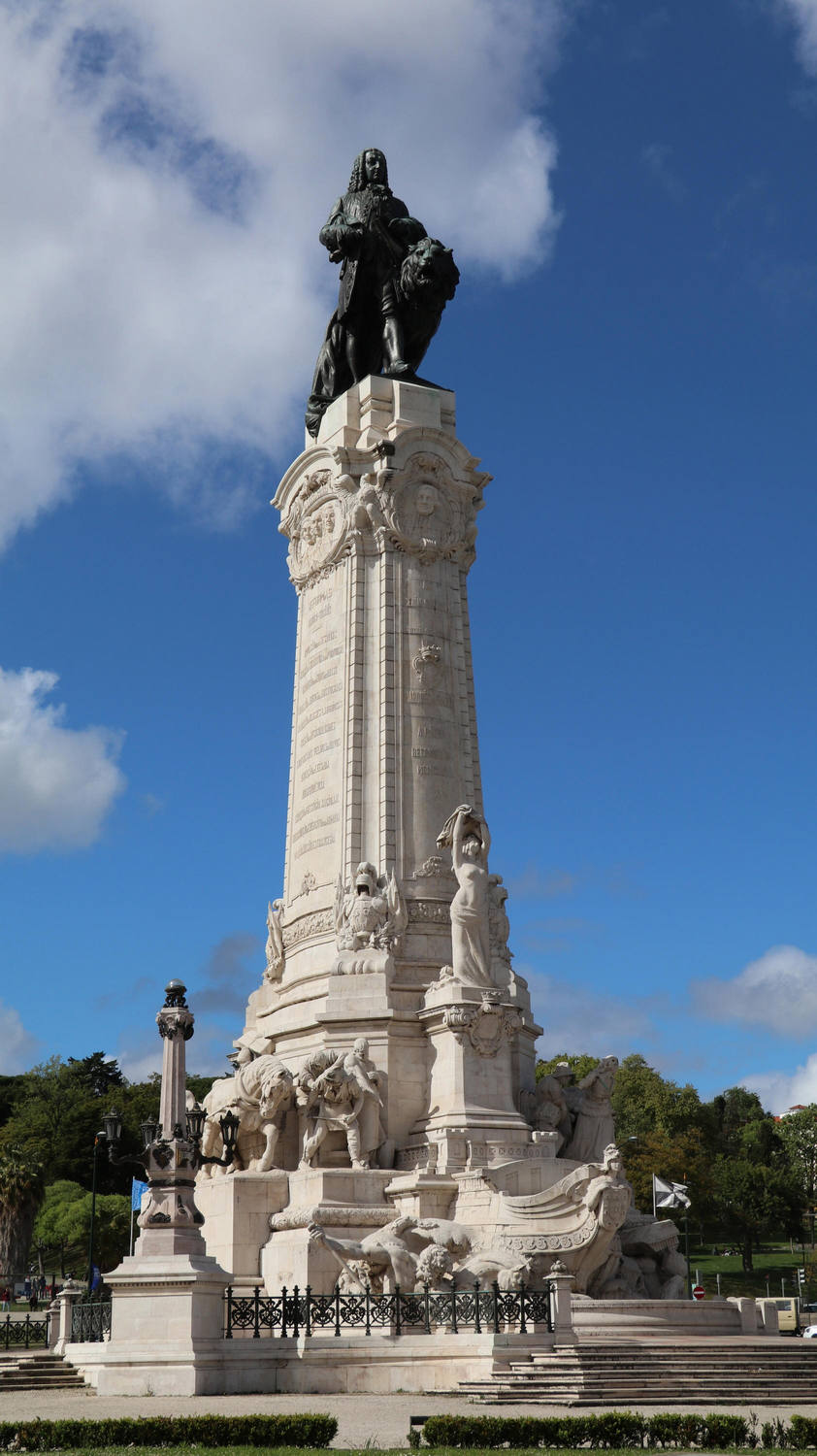 Many of the avenue's original buildings have been replaced by office and hotel buildings in recent decades. However, there are still very interesting buildings from an artistic and architectural point of view, especially from the late 19th and early 20th centuries. There are also statues of writers like Almeida Garrett, Alexandre Herculano and António Feliciano de Castilho. 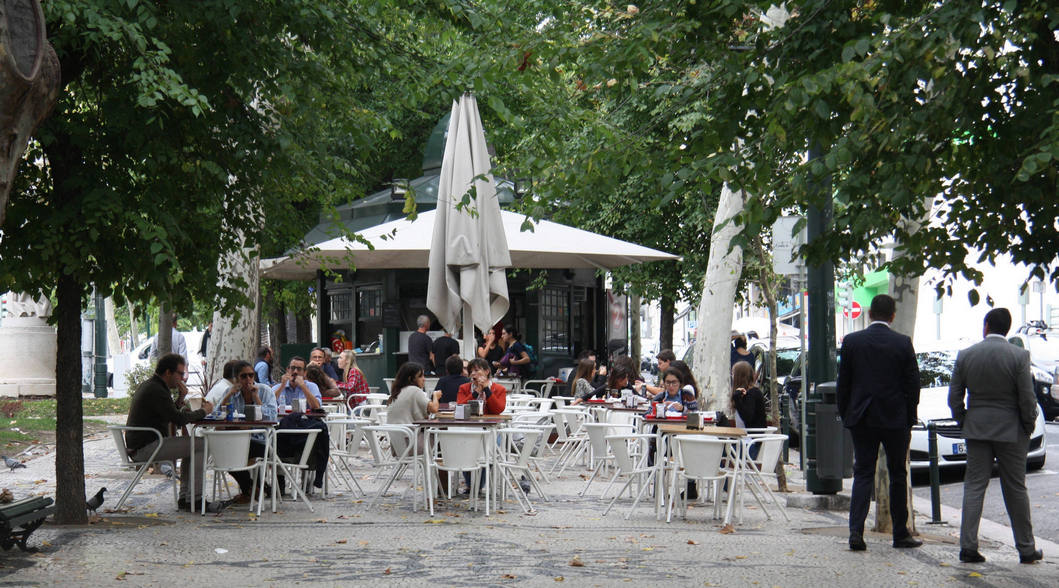 When one visit the avenida, there will be plenty of opportunity to relax in one of the many cafés - Spring 2018

After much controversy, the avenue was built between 1879 and 1886 with the Paris boulevards as a model. Its creation was a milestone in the expansion of the city to the north, and the avenida quickly became a favorite target of the more affluent classes to settle. 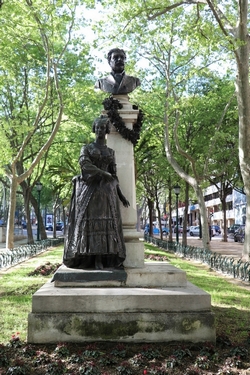 Avenida da Liberdade is also the main stage for the traditional parades and festivities. One of the most important takes place the night before the party Santo António de Lisboa (night from 12 to 13 June), where the neighborhoods of Lisbon compete with each other for the best costume. 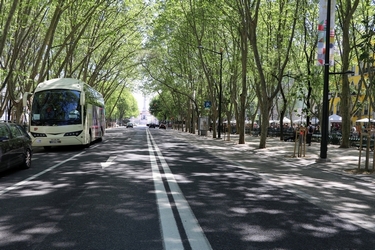 The boulevard is built in the 19th century in the style of the Champs-Elysees in Paris and is the city's main street. It is 1.6 km long and runs from Restauradores Square to Marquês de Pombal Square and is more than 90 meters wide. There is a certain elegance across the boulevard with fountains, statues and cafes. In summer you can sit in the shade under the many trees. The sidewalks are cobbled and decorated with abstract patterns. 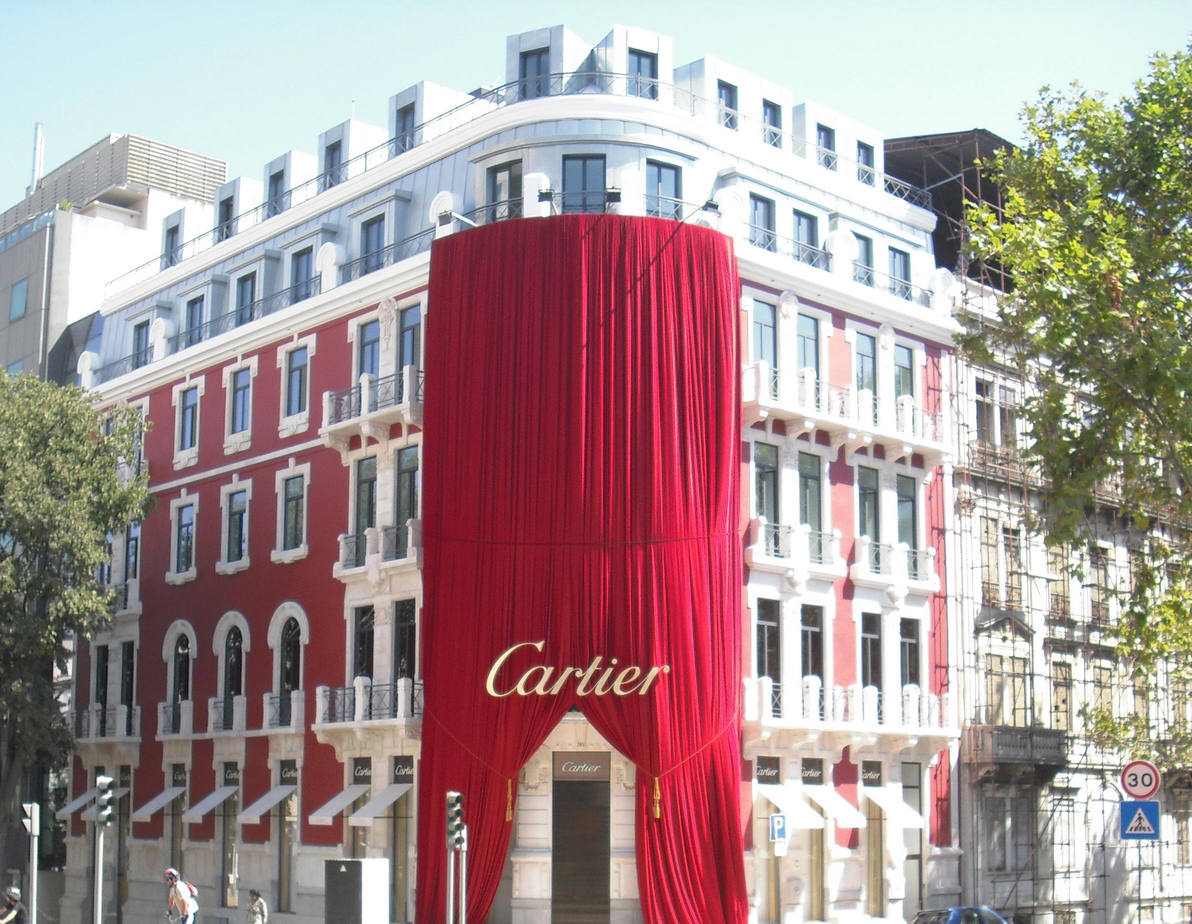 Avenida da Liberdade is also the place where you find the city's major hotels and designer shops, including names such as Louis Vuitton, Prada, D&G, Tods, Burberry and Cartier. 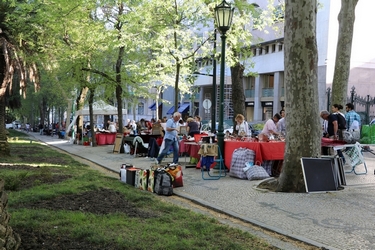 The Avenida can offer most things and is the largest shopping street in Lisbon, full of all the leading brands from around the world. More interesting, however, is Sunday morning, when there is a very long flea market on one side of the street. Here you will find all sorts of offers from beautiful antiques to cheap plastic lighters. 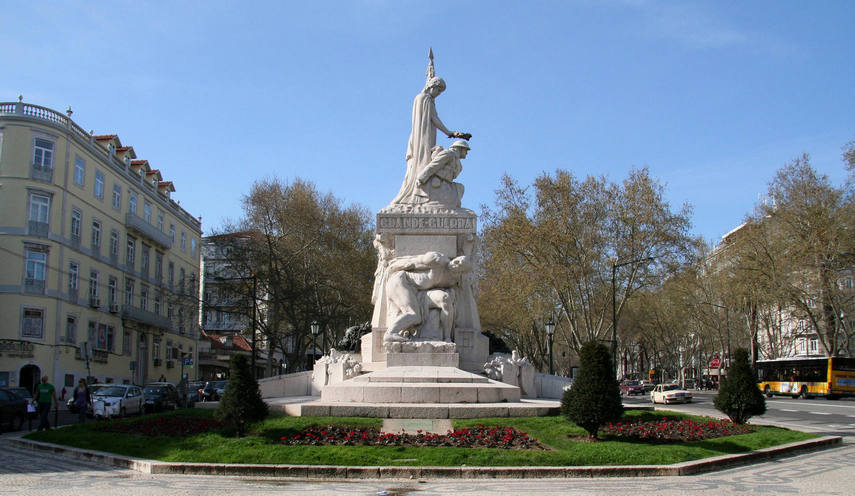 Monument in honor of the fallen Portuguese soldiers during World War I. Inaugurated in 1931 - for Spring 2010

A few of the original mansions have been preserved, and many are magnificent from an architectural point of view. In the middle of the avenue there is also a monument in honour of the 50,000 Portuguese soldiers who fought in the First World War.