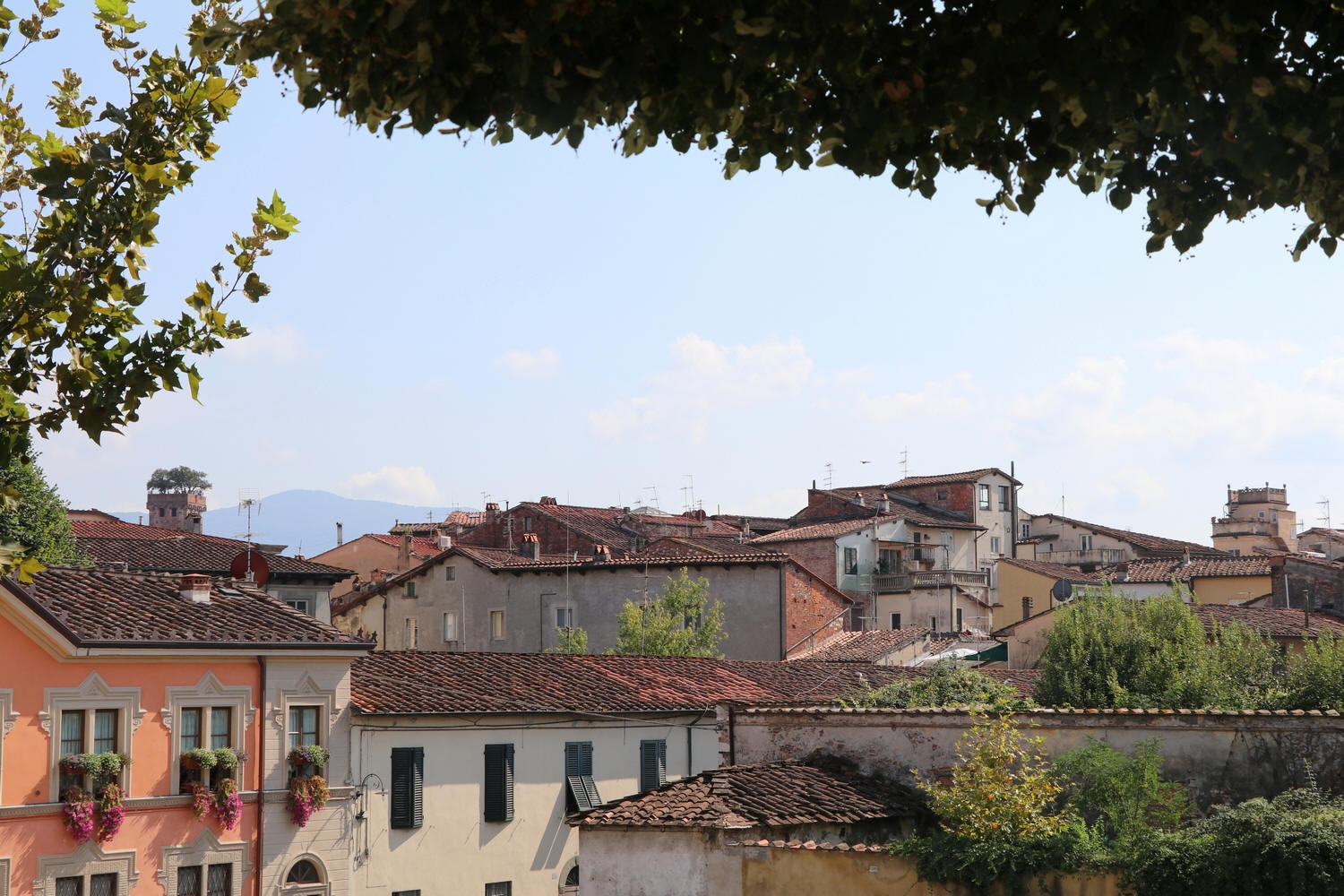 When talking to people who have visited Tuscany, the small fortress town of Lucca is one of the places they typically highlight. Lucca, located halfway between Pisa and Florence, is considered one of the most beautiful cities in Tuscany. A walk through the historic old town reveals many beautiful attractions, picturesque alleys and charming squares. This is also where you will find Torre Guinigi, the famous tower with the trees on top and the impressive 4 km long city wall, which is one of the best preserved in Europe. 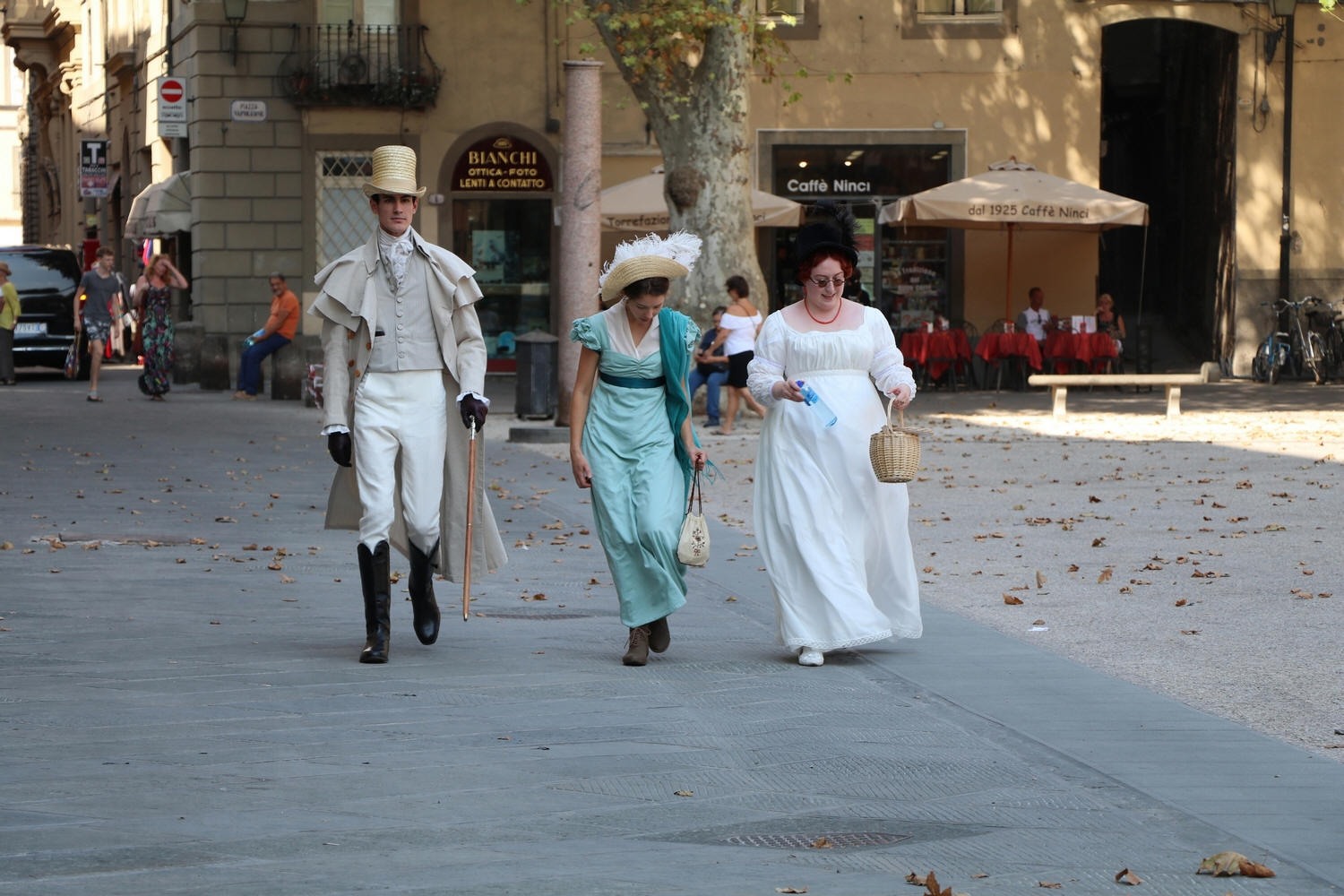 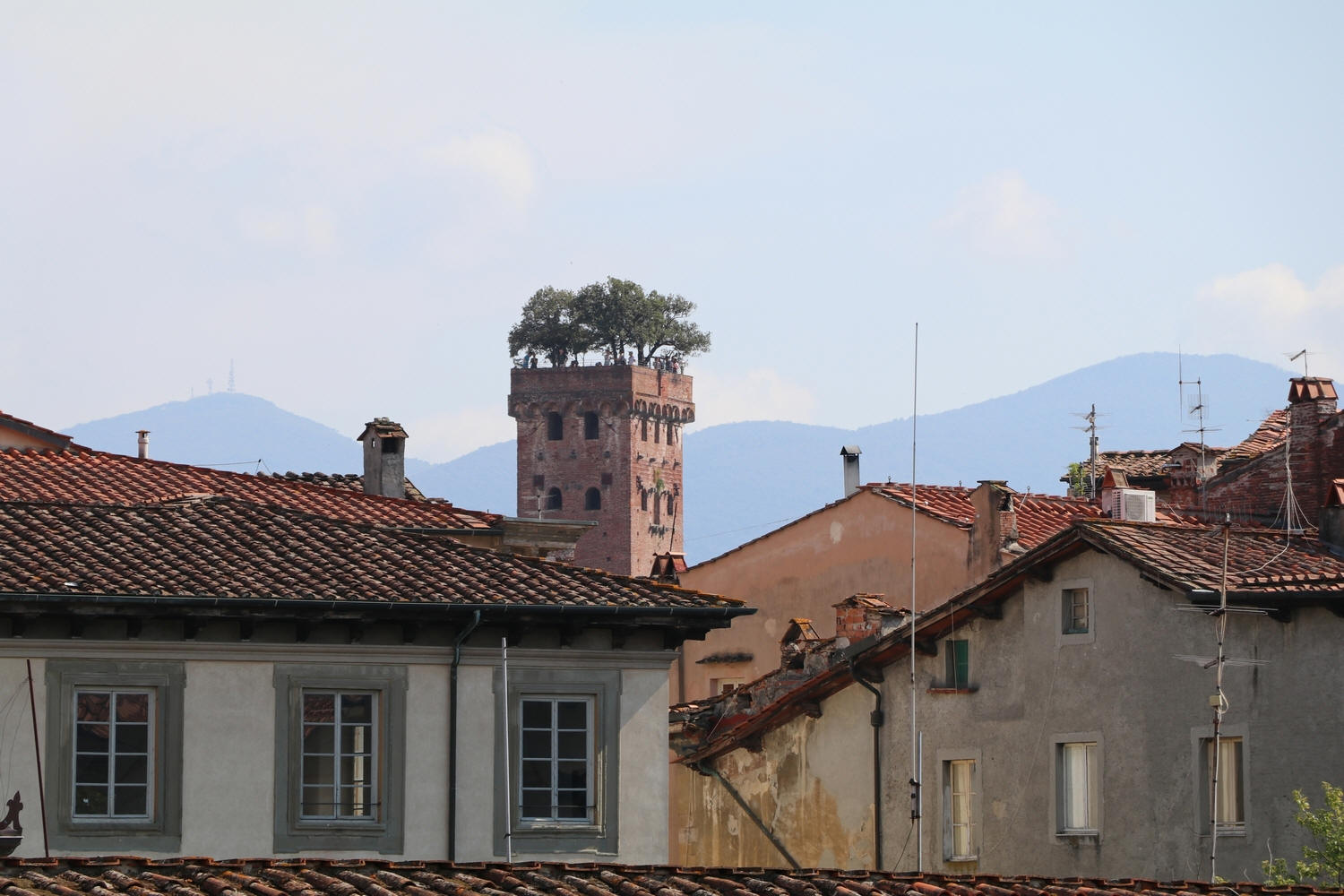 Torre Guinigi, the famous tower with the trees on top is seen in the background - Lucca - Summer 2018

Torre Guinigi is built of red bricks and on top are planted several old stone oak trees. It approx. the 40-meter-high Guinigi Tower is one of the few remaining tower houses in Lucca. It is believed to have been built in 1384 by wealthy silk merchants, and although no one knows exactly how old the roof garden is, it dates back at least to the 17th century, as can be seen from old drawings of the town.

When there were most towers in Lucca, there were approx. 250. These were primarily intended to protect the population from enemies, but were also status symbols. Today there are only 9 tower houses left in the old fortress town. The towers were built in the 14th century after the plague had ravaged Italy and as Tuscany had been repeatedly plagued by violent diseases, raids and civil war, it made sense to have its own personal defense tower. 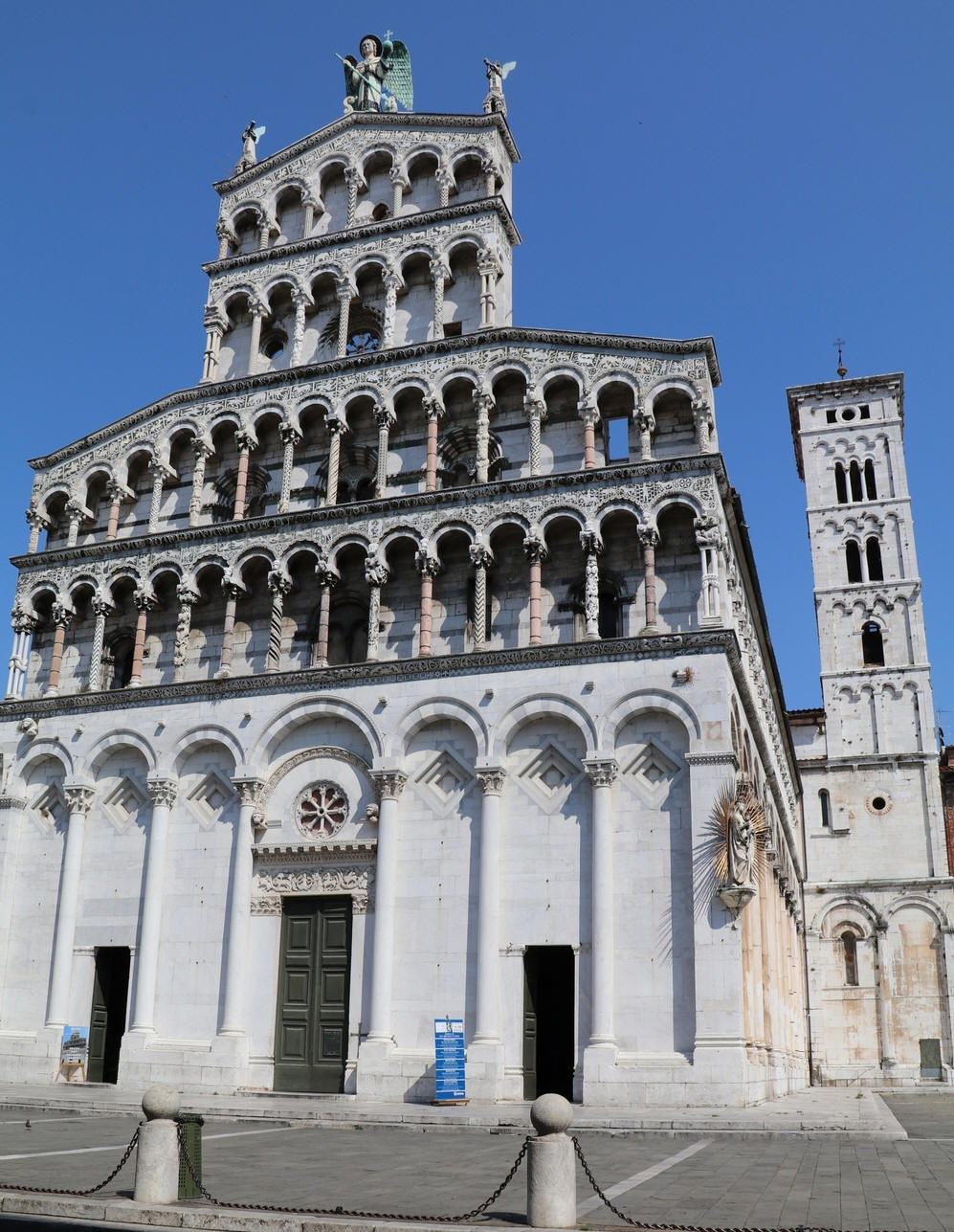 The Church of San Michele in Forno is dedicated to the Archangel St. Michael and already existed in the 8th century and is probably from the Longobard period. Shortly after the construction, a "hospital" was added so that one could receive pilgrims traveling via the Francigena pilgrimage route. Among these pilgrims was the "holy Davino" - an Armenian whose relics are found under the altar of the church. In the first part of the 11th century, Bishop John II added this crypt. 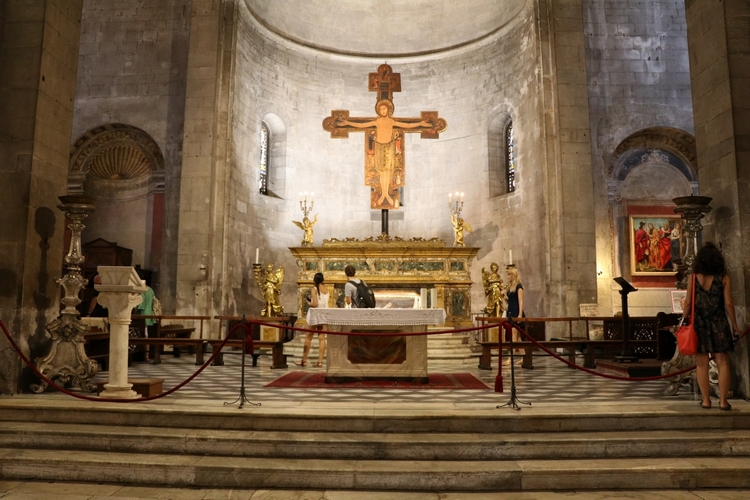 The church itself as it is seen today is the result of the reconstruction that took place in the second half of the 11th century under Pope Alexander II, Bishop of Lucca. He was one of the most important figures in the Gregorian Reformation, whose purpose was to return to original pure moral values. Construction continued in the 12th century until 1383, when the facade was finally completed. 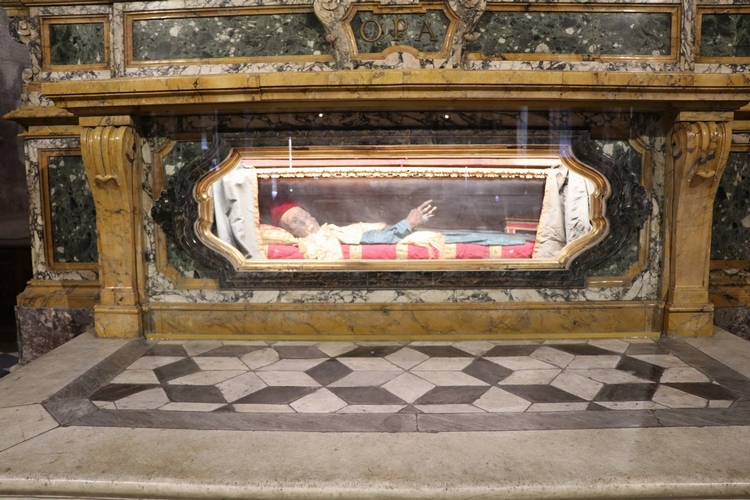 The pilgrims stopped at the Church of San Michele to recreate and to take the opportunity to honor their famous traveling companions, such as San Davino - an Armenian pilgrim who died during his stay in Lucca on his way to Santiago de Compostela. A trip of 5,500 km or more depending on whether you sail some of the way. It is claimed that his body has acquired supernatural powers after his death. 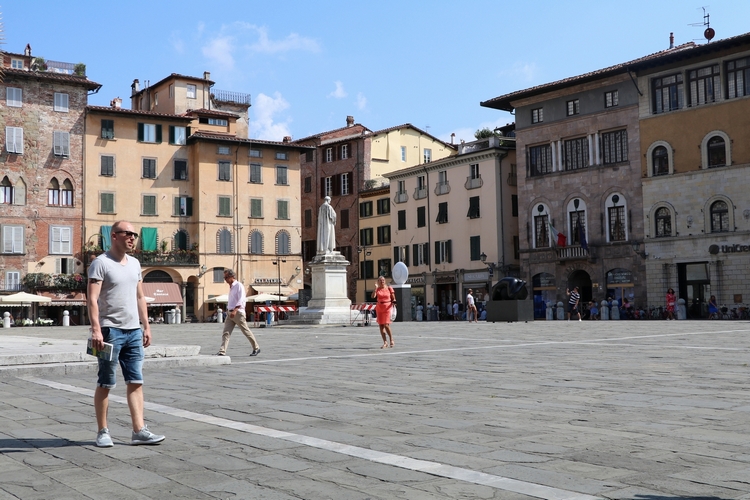 Piazza dell 'Anfiteatro is built on the remains of the ancient Roman amphitheater, which was built in the 1st or 2nd century AD. When the amphitheater fell into disrepair after being robbed of all its pillars, it was used as a garbage dump for centuries. Later, houses and palaces were built on the ruins of the old amphitheater, following the elliptical shape of the amphitheater.
The current space is the result of the work of Lucca architect Lorenzo Nottolini, who in 1830 cleared the arena's central space of the buildings that had been built there over the centuries. 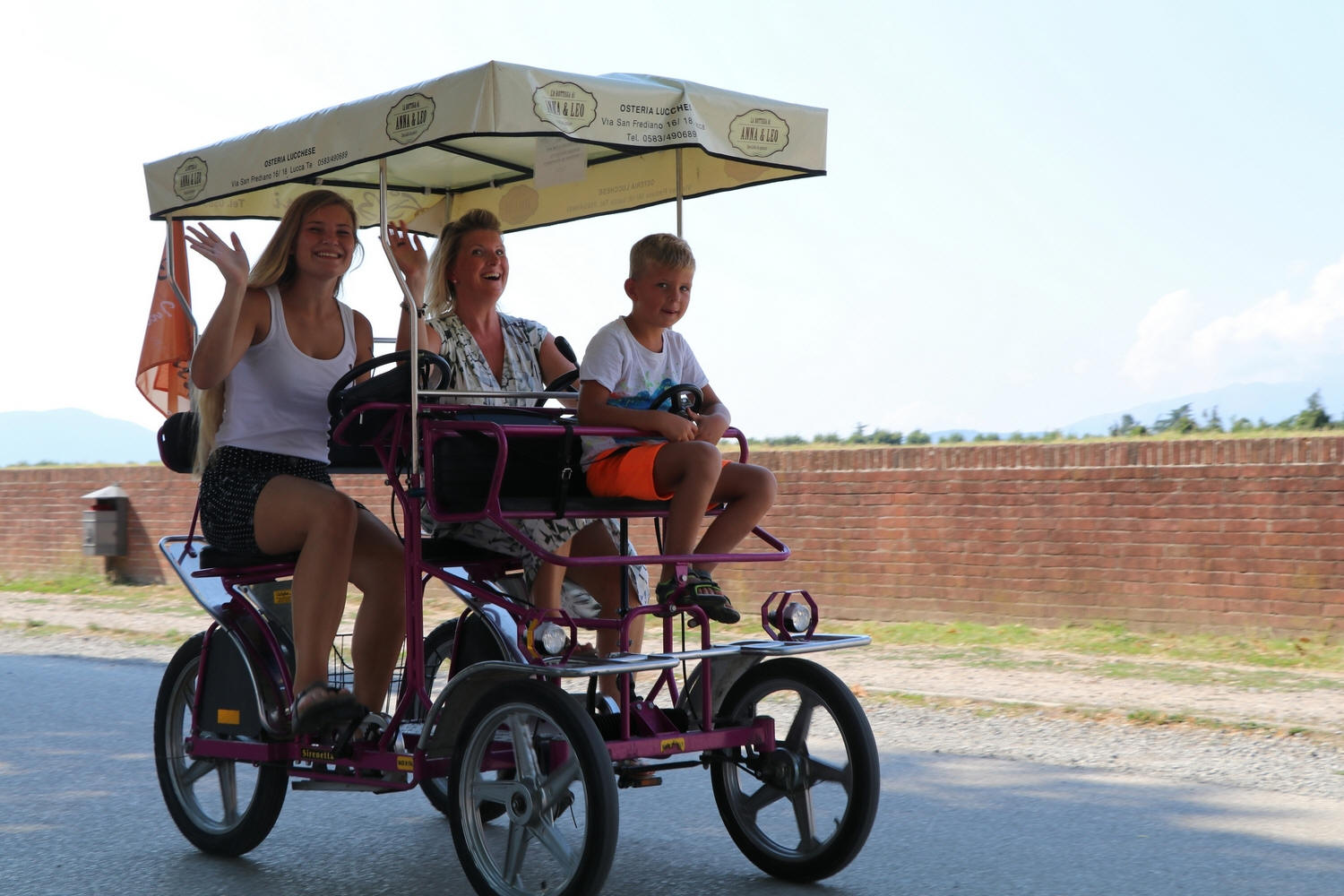 A trip around the four kilometer long city wall in Lucca - Summer 2018  Lucca fought for its own identity for centuries after defending itself against several conquests and rulers, including the Spanish Emperor Charles II and Napoleon, who crowned his sister Princess of Lucca. 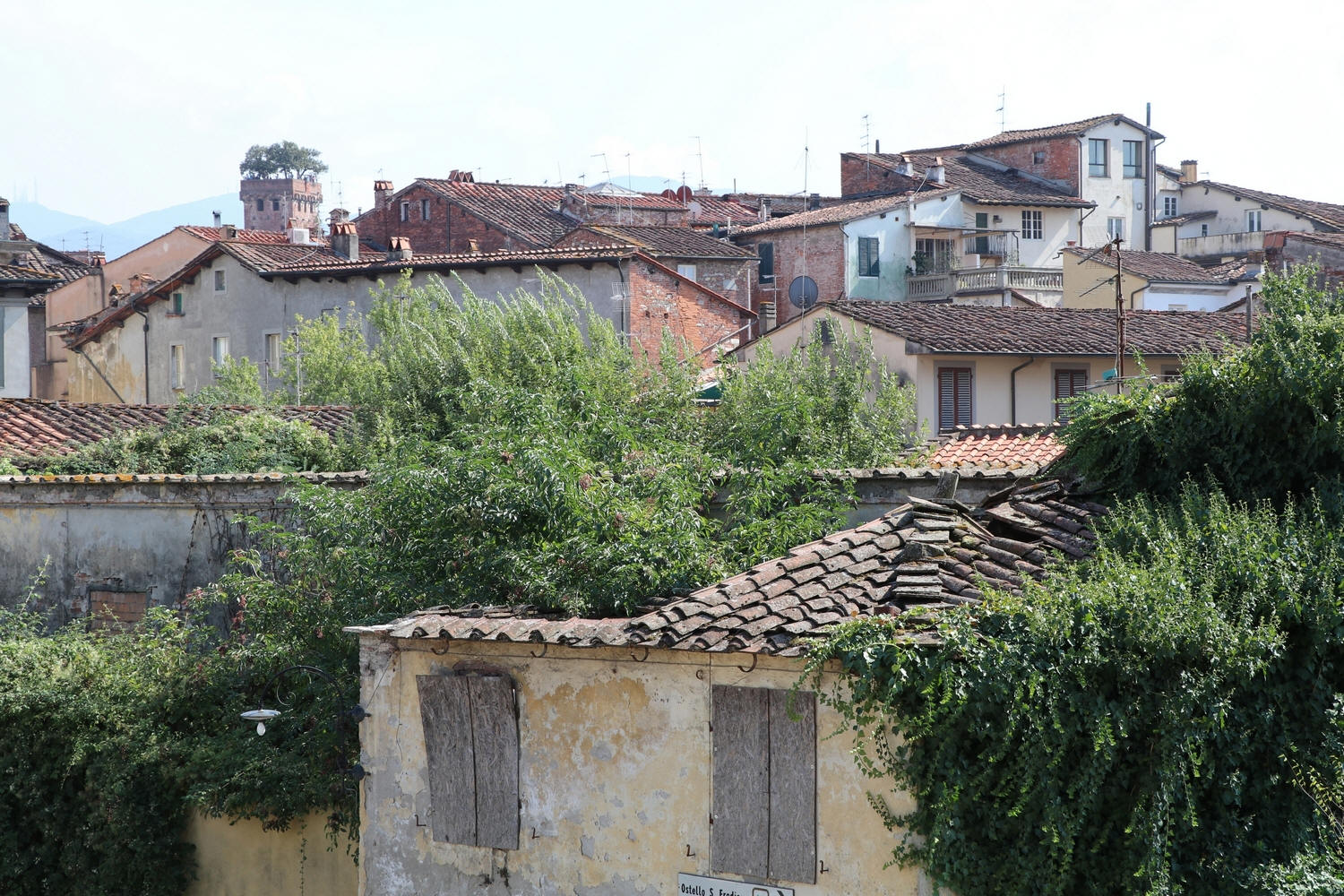 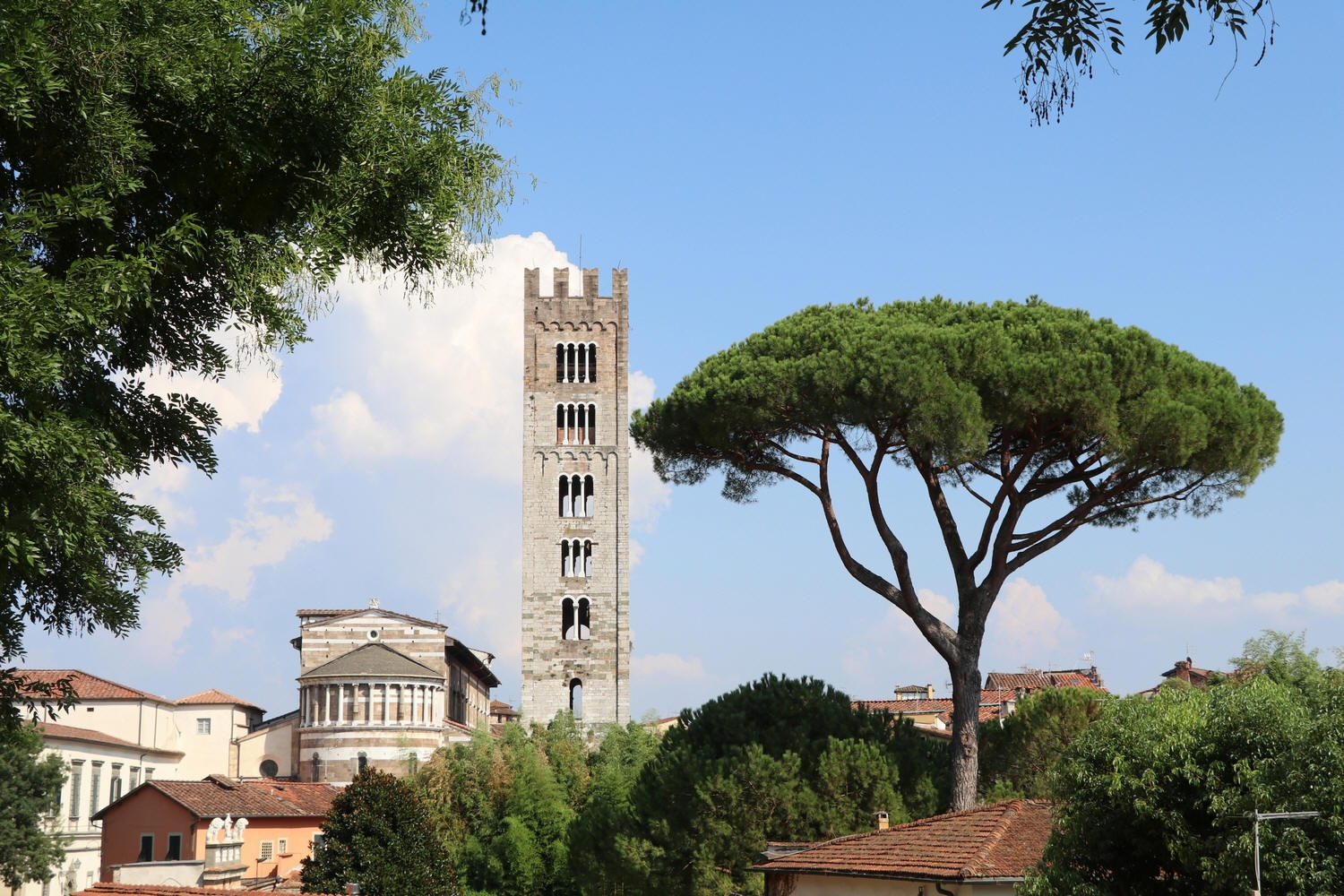 The Cattedrale di San Martino is a Roman Catholic cathedral dedicated to Saint Martin of Tours in Lucca and home to the Archbishop. Construction began in 1063 by Bishop Anselm the later Pope Alexander II.
The cathedral nave and the cross of the cathedral were rebuilt in Gothic style in the 14th century, while the western front was begun in 1204 by Guido Bigarelli of Como.

In the nave there is a small octagonal temple which contains the most precious relic of Lucca. "Holy face of Lucca" - A cedar-wood crucifix and image of Christ which according to legend was carved by Nicodemus and miraculously led to Lucca in 782. Christ is dressed in colobium, a long sleeveless garment. The chapel was built in 1484 by Matteo Civitali, the most famous Luccan sculptor of the early Renaissance.