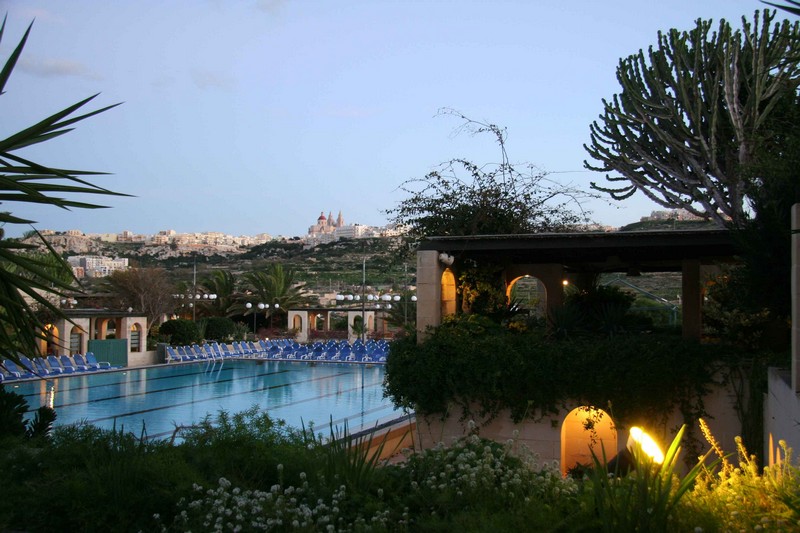 Dansk Folkeferie's" most popular holiday resort is located in Malta close to Mellieha bay and at the foot of Mellieha town. People who are not otherwise on a charter holiday come here as well as those who prefer the security of being in "Danish surroundings", even if you are in the southern hemisphere. However, they all have in common that they greatly appreciate living in the excellent bungalows that have been so successfully adapted to the Maltese landscape. Even a big city person like the Danish author Dan Turell enjoyed living here. It was also here that he chose to stay the last time before his illness took over and he had to be flown home to be hospitalized in Denmark, where he died shortly after. One of the reasons for the author's choice of this particular place has probably been that there are so many opportunities to enjoy your stay undisturbed, even though you are surrounded by so many countrymen. There is plenty of space in the excellent bungalows, where there are also excellent opportunities to enjoy the weather in private - either in the courtyard or on the roof terrace. This means that you are not forced to be in the company of other residents of the area. Most people just use their bungalow as a base - a place to stay overnight or a place to relax between all the excursions that are so plentiful to take on - either with the local buses that run everywhere in Malta or on guided tours. A few of the guides attached to the center have lived in Malta for years and for the same reason are immensely knowledgeable about the islands, the people and the history of the country. If you have questions, you can take great advantage of this knowledge and they are happy to make themselves available.

The holiday center is located in the northern part of Malta and has approx. 17,000 guests per. year

Mellieha Holiday Center was built in 1979, but has been continuously renovated. The center consists primarily of 150 3-room bungalows of 70 m2 that can accommodate up to 6 people. 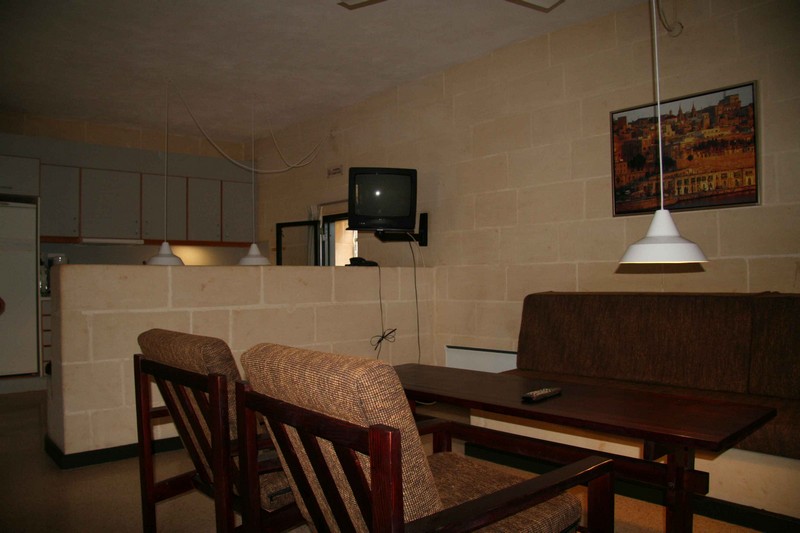 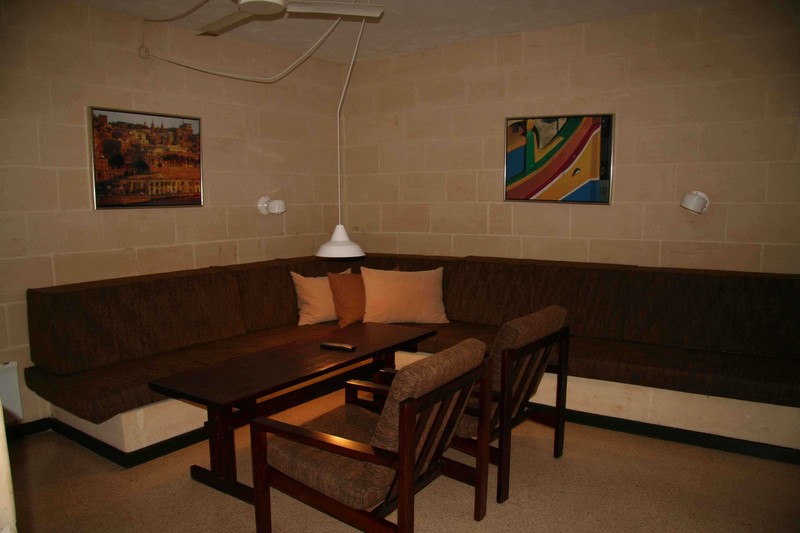 Section of the living room - December 2008 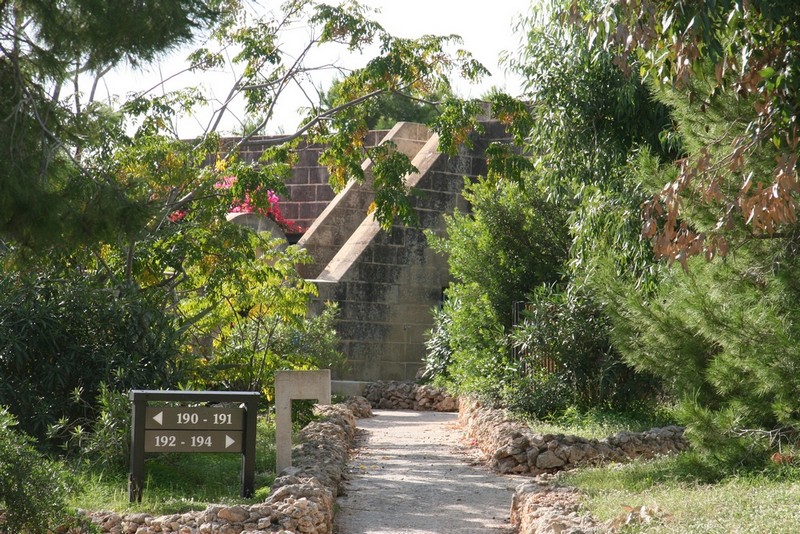 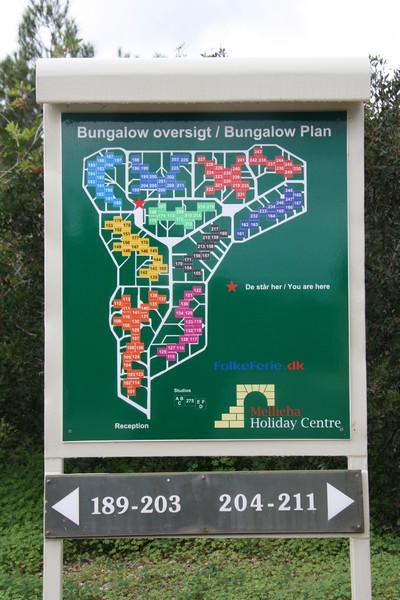 Mellieha Holiday Center has the shape of Africa, which can also be seen from the map above. All common facilities are located at the bottom and this is also where the oldest and most difficult to walk are wisely accommodated - then there is easier access to e.g. reception, swimming pool and supermarket.

The resort's reception - December 2009 and 2010
Evil tongues criticize the place for being too Danish and for holding its guests too much "in hand", but I do not understand the criticism. After all, it is entirely up to oneself how much one wants to make use of the "helpfulness" and I think it is too easy for us who belong to the generations who got a good and long schooling to criticize those who did not get that and who may need the security that "Folkeferie" can offer. The center can easily accommodate all types, as long as there is tolerance present - both for those who need security and for those who want to go out on their own - and that is the beauty of the whole concept. 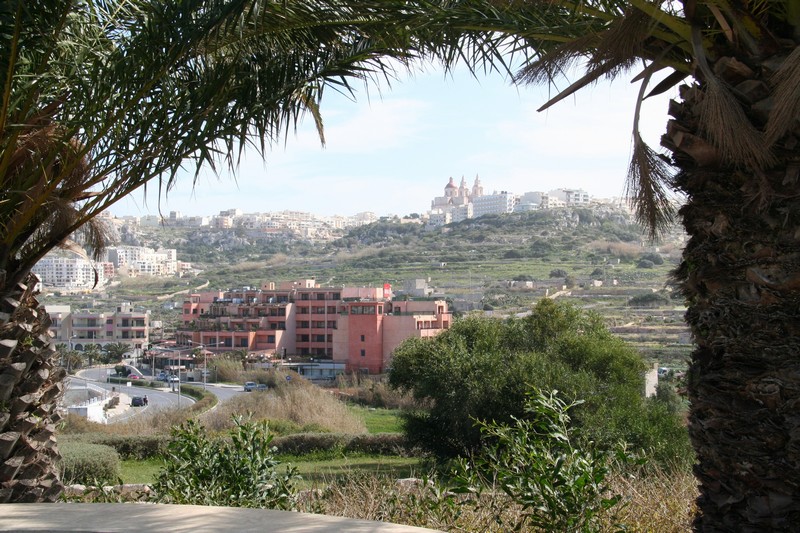 A view to Mellieha city from the holiday center - Februar 2010
From the center there is an excellent view up to the local parish church, which is located approx. 2.5 kilometers up the main road that goes through the small town, Mellieha. 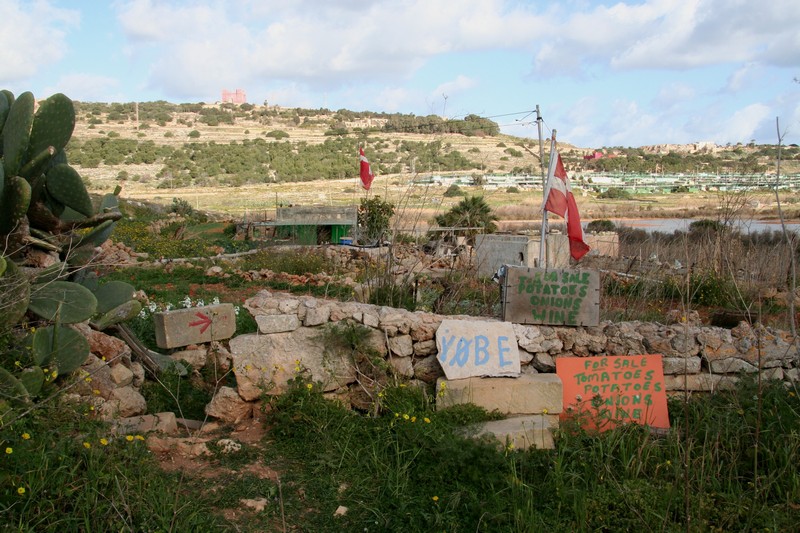 The small farm west of the center - February 2010
A little outside the center to the west you can see a few Danish flags and it has probably surprised many, but this is because the owner wants to draw attention to the fact that various vegetables, eggs and wine are sold here. This sale has been going on for years and previously it was an elderly gentleman who was in charge of the sale, but after his death at the age of 89 in 2009, the son has taken over the business. Business may be a big word in this regard for the supply is not large and the profits are probably not either, but it is nevertheless amazing how much can be grown on these rocky soils and how tasty it is. However, there is also no doubt that it is a big toil daily to have to cultivate just a small piece of Malta's barren lands, which the owner does not hide either. The place is worth a visit and the goods are generally tasty, although the red wine is probably not on the same level as the "La Vallette", which can be bought at an almost fixed offer for 2.99 Euro in the center's supermarket. 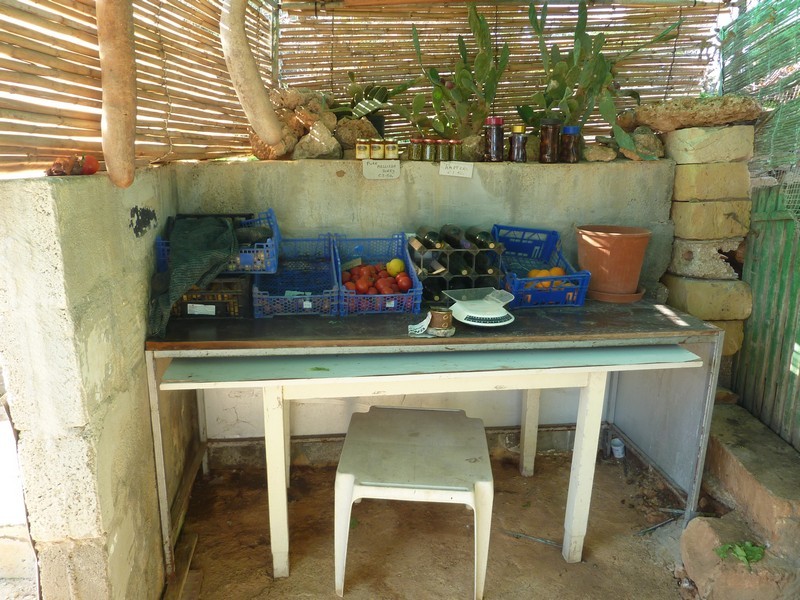 The small farm west of the center - February 2010 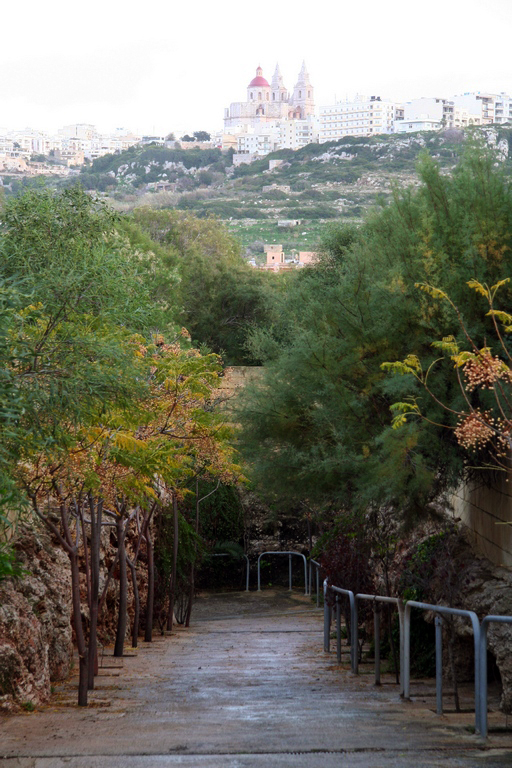 When the center was built in the late 70s, a lot was done to make it handicap friendly and safe for everyone. For the same reason, a tunnel has been excavated that leads under the busy road between the center and the beach. Click on the pictures to enlarge them.