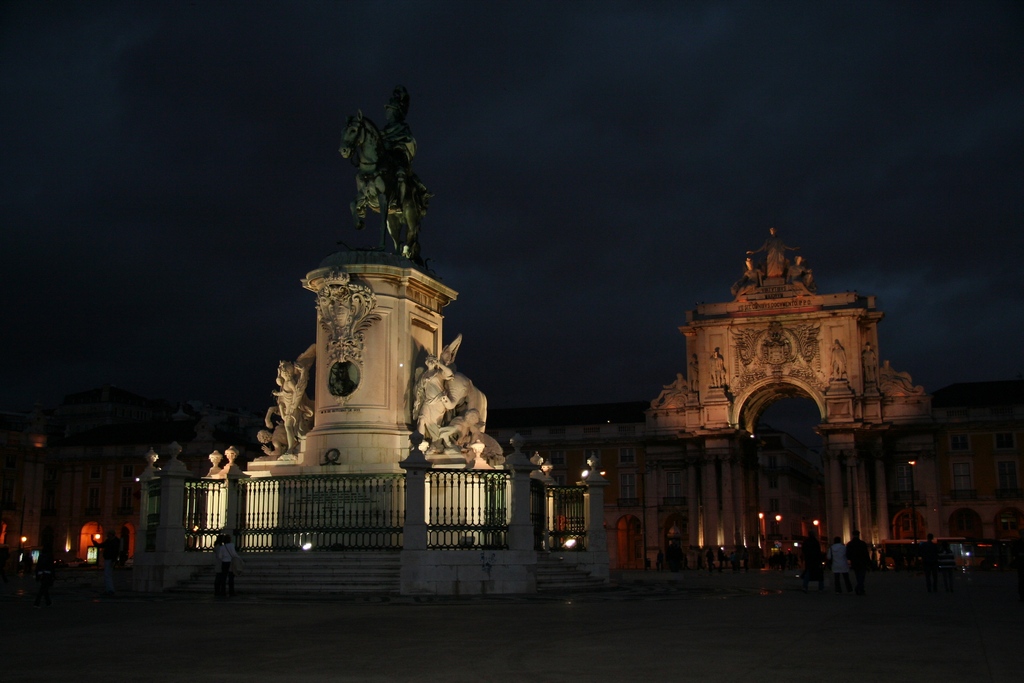 Praça do Comércio is located in the Baixa area, close to the Targus River.
After a very violent earthquake in 1755, in which everything was destroyed, this district was planned and built shortly after. During the earthquake - three shortly after each other - the whole area was first shaken violently by the quakes themselves and then an hour later, completely smashed and flooded by the tidal waves that erupted through the estuary from the epicenter out in the Atlantic Ocean. The waves are said to have been up to 20 meters high.
After this natural disaster, there was nothing to do but rebuild the district and now that you had to start from scratch, it was decided to plan the area instead of just letting chance rule as before. The task of construction was awarded to Marquês de Pombal, who took the opportunity to create a uniquely beautiful district with Praça do Comércio as a significant part of this.

The equestrian statue in the middle depicts Dom José the 1st. The monument was built in 1774 to commemorate the city's reconstruction. The statue includes a medal portrait of Marquês de Pombal. 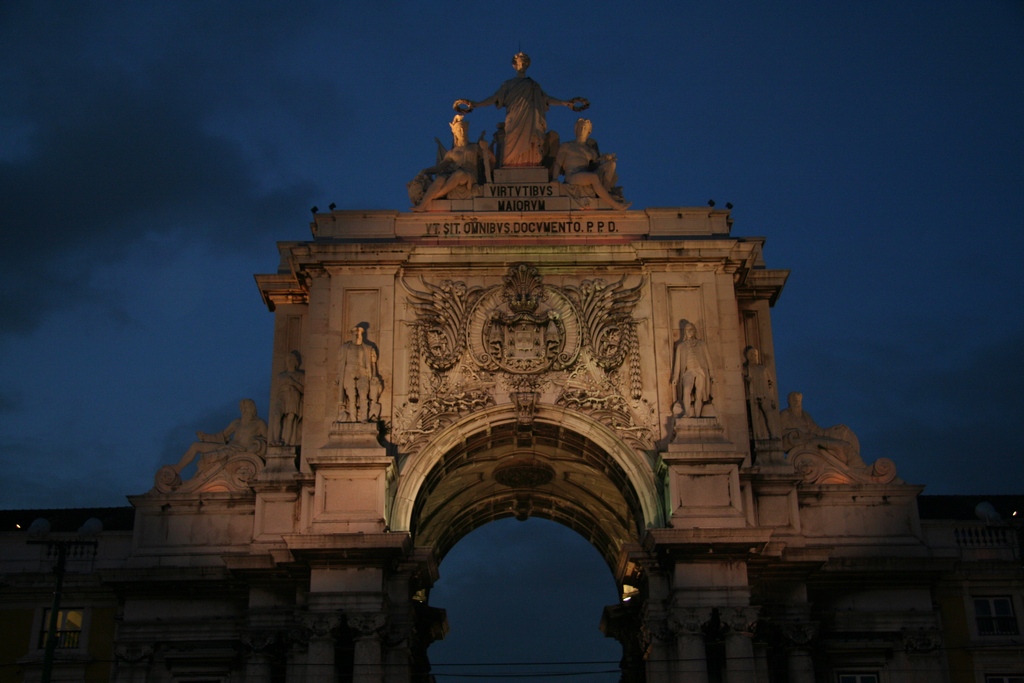 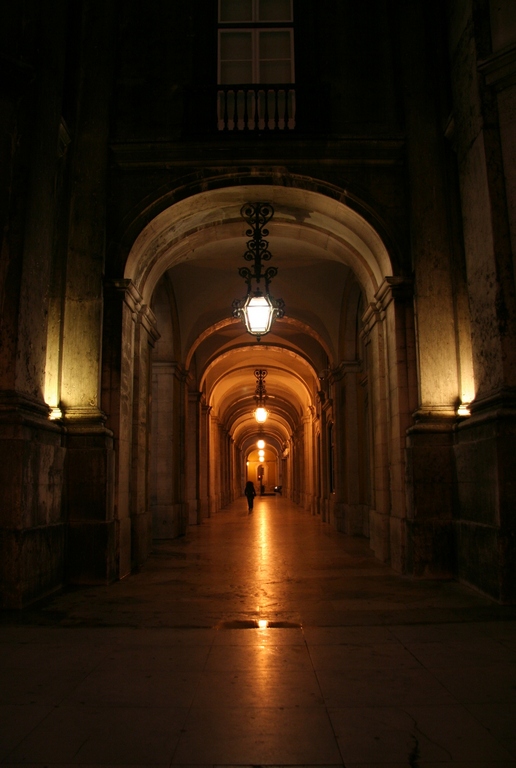 Praça do Comércio is surrounded on 3 sides by neoclassical buildings, while the square next to the river is open. Praça do Comércio was also the place where prominent guests were received when they arrived in Lisbon from the sea side, and were to visit the Royal Palace.