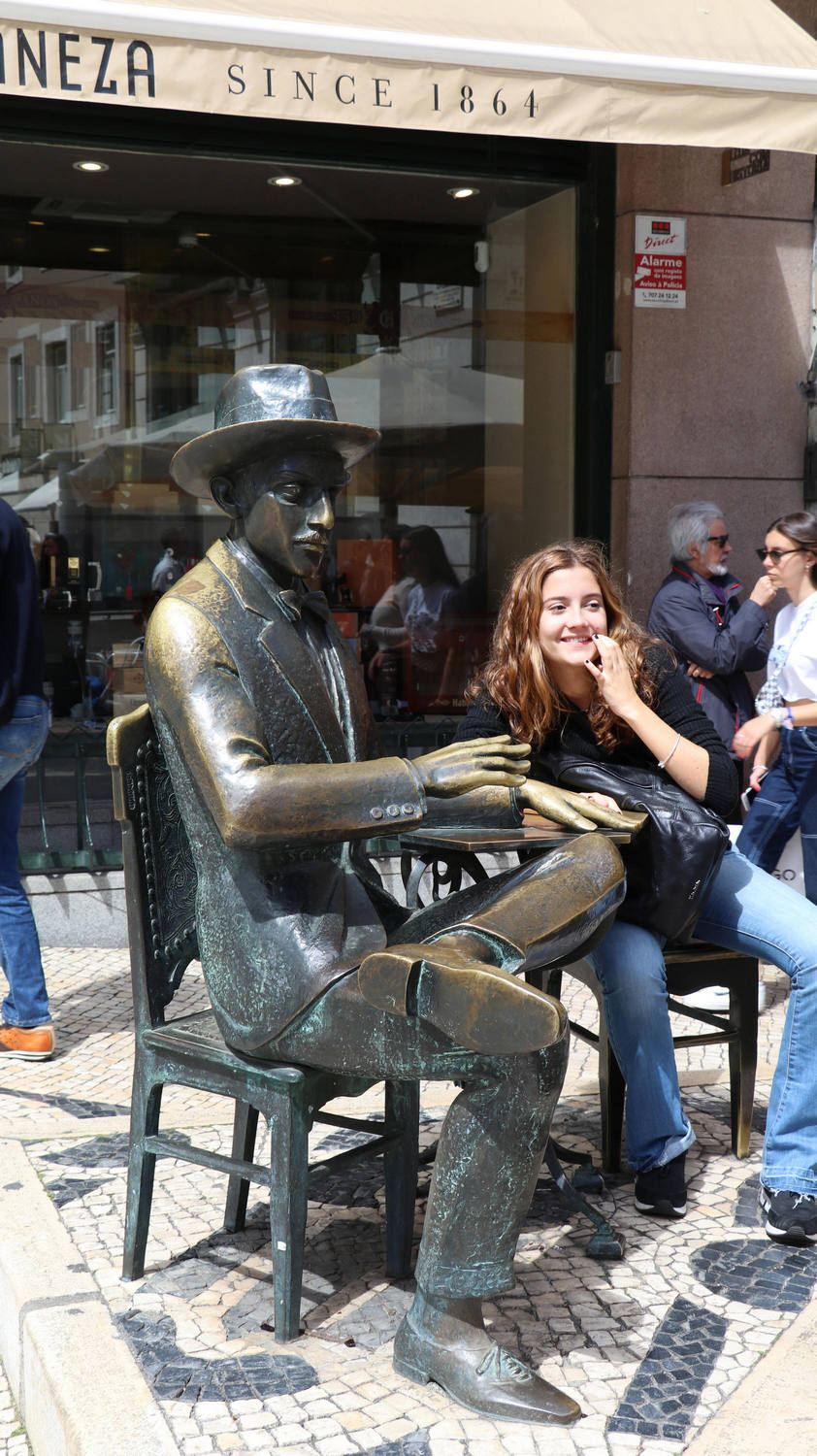 The poet Fernando Pessoa, 1888-1935 was born in Lisbon, Portugal. His father died when Pessoa was five years old, and subsequently the family moved with the mother's new husband, a consul, to Durban, South Africa, where Pessoa attended an English school. After thirteen years, Pessoa returned to Portugal on a one-year visit and later returned permanently in 1905. He studied briefly at the University of Lisbon and soon began publishing criticism, prose, and poetry while working as a commercial translator.

Throughout much of his life, most of Pessoa's great creative output was found only in magazines, and he published only three collections of poems in English - Antinous (1918), Sonnets (1918) and English poems (1921) - and one collection in Portuguese, Mensagem (1933). 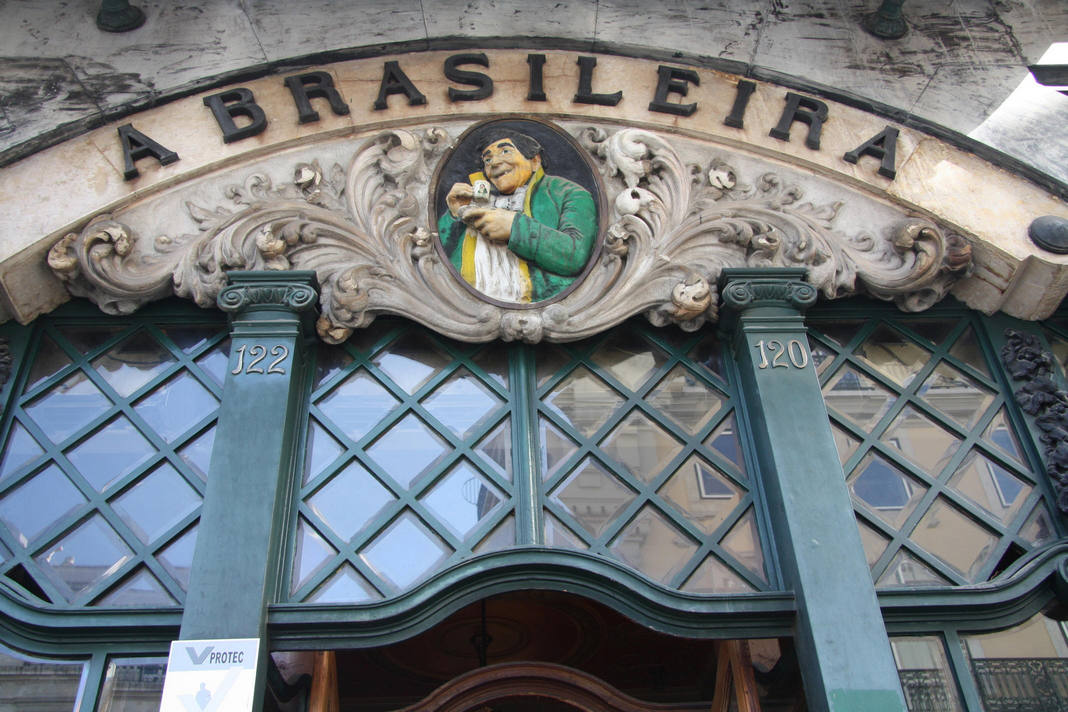 Part of the beautiful decoration at "Brasileira-café"

The name Chiado comes from the poet António Ribeiro Chiado who lived in the 16th century, but if it comes to poets it's probably another and more famous, most people think of when they visit the area and that is Fernandeo Pessoa. 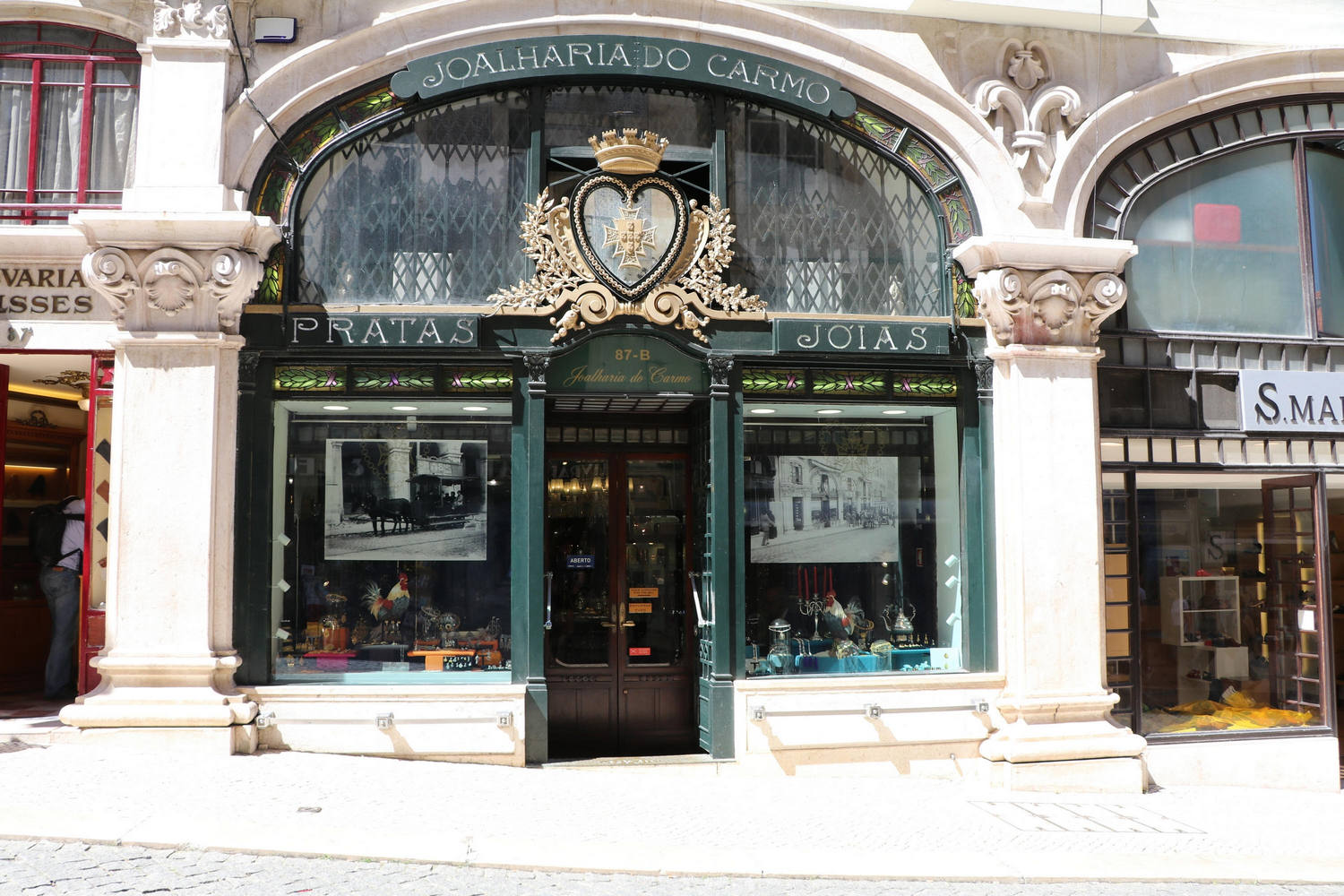 Beautiful jewelry store in R. do Carmo 87B in Chiado

Lisbon's most elegant neighborhood is Chiado - This is where you meet for coffee or to shop. Most of the buildings are from the late 1700s, but many were restored and altered in the 1990s by architect Álvaro Siza Vieira after a devastating fire in 1988. Chiado is also an important cultural district, known for its many historical landmarks - the many theaters, museums and churches. This is also where you will find the many shops and fashion stores with world-famous brands.
Rue Garrett is Chiado´'s main street with Aramazén's do Chiado shopping center at one end and the landmark A Brasileira café at the other. In between, one of the city's most beautiful shops is a jewelry store from 1909. 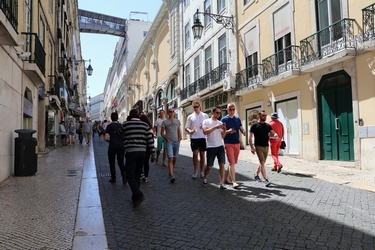 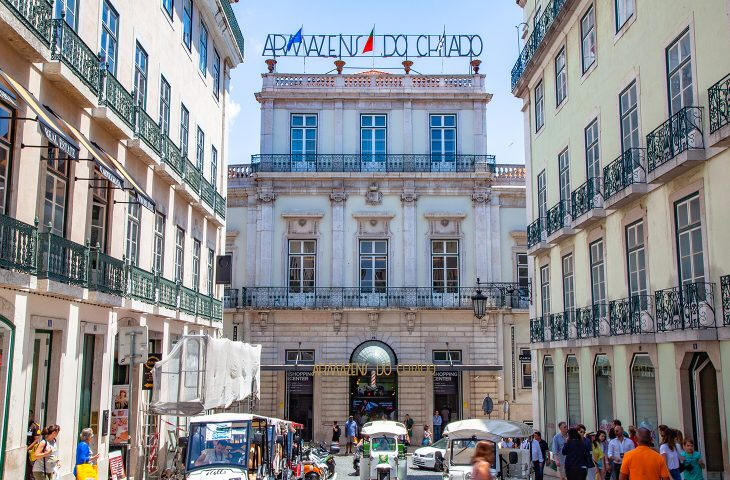 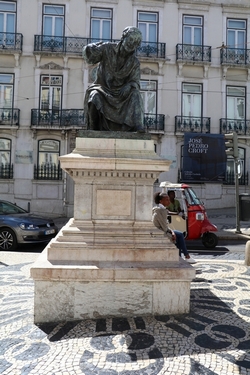 A statue of the famous poet Antonio Ribeiro, is erected in the small and lively square at the end of Rua Garret in Lisbon's famous Chiado district. There is also a tram stop and a metro station. In the small square, there are almost always street singers and you can sit down at the nearby café and enjoy life and music. The famous satirical poet Antonio Riberio lived in Lisbon in the 16th century. 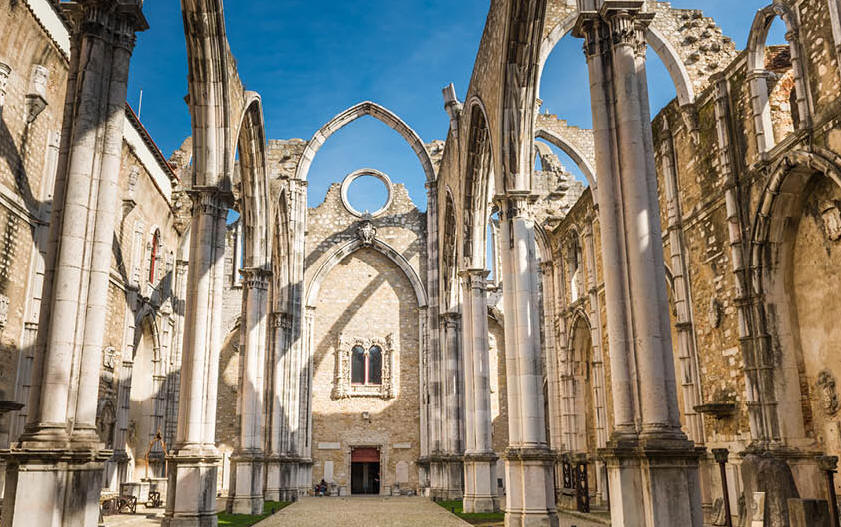 If you take the elevator - Santa Justa Elevador - up from the district Baixa to Chiado, you will encounter some ruins with arches and columns. These are the ruins of a 14th-century church that was destroyed after the earthquake of 1755. The ruins can be seen from most of the inner city and are a constant reminder of the fateful earthquake that devastated almost the entire city. 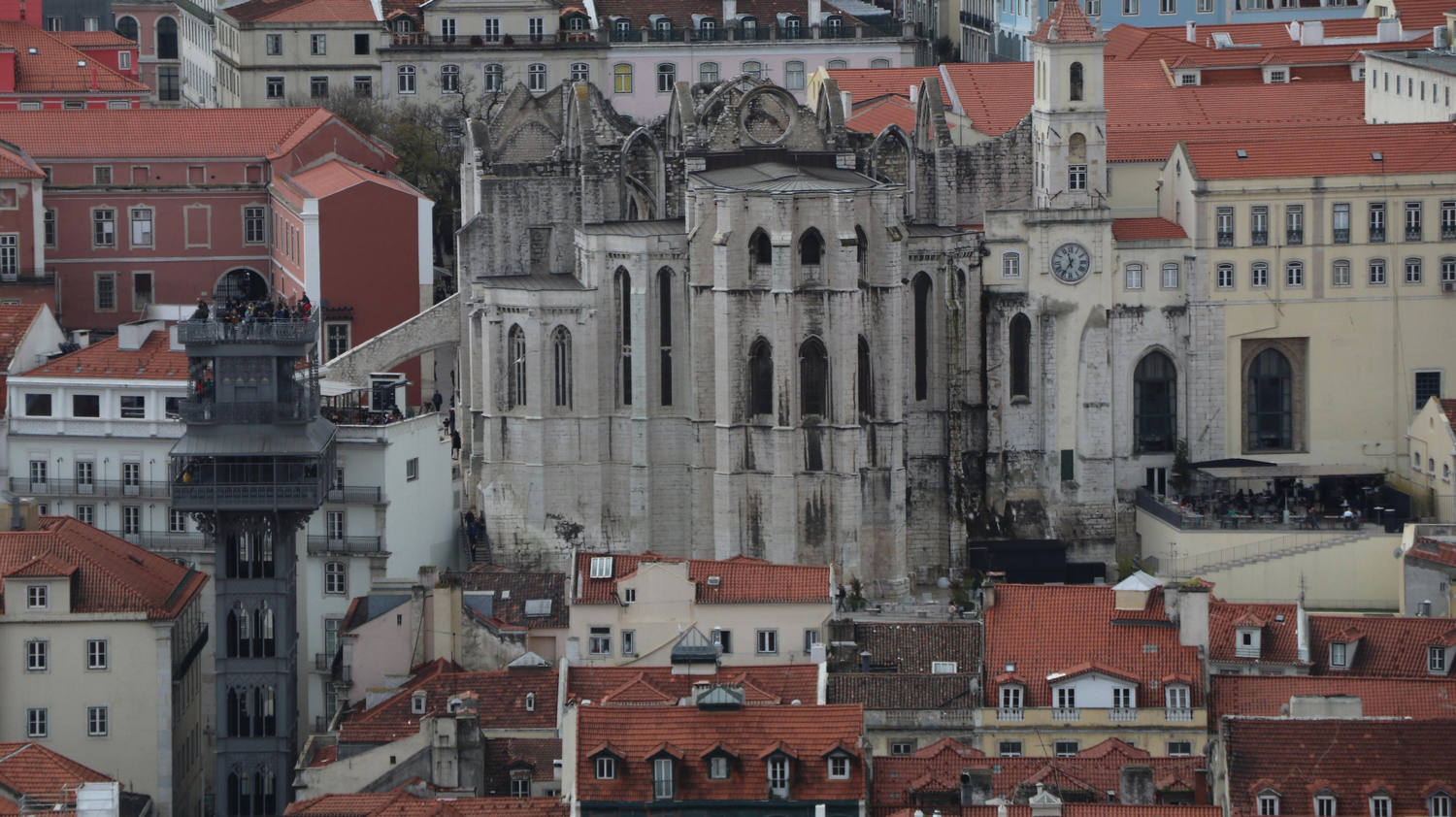 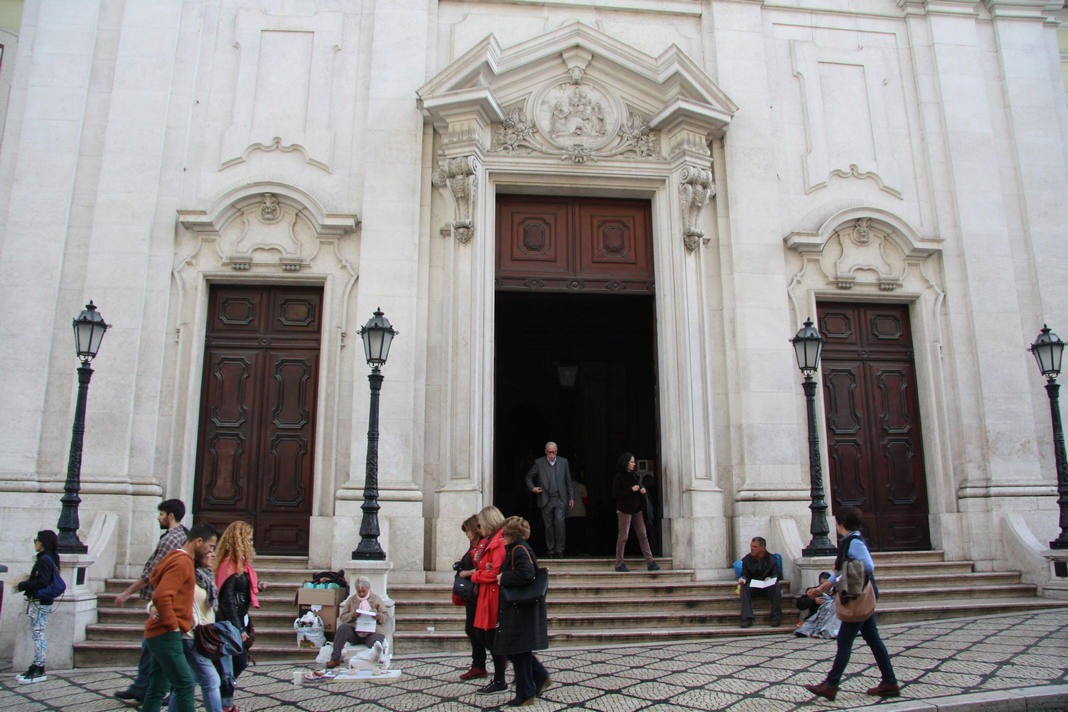 The beautiful church was built by Reinaldo Manuel dos Santos and is located at R. Serpa Pinto 10D in Chiado 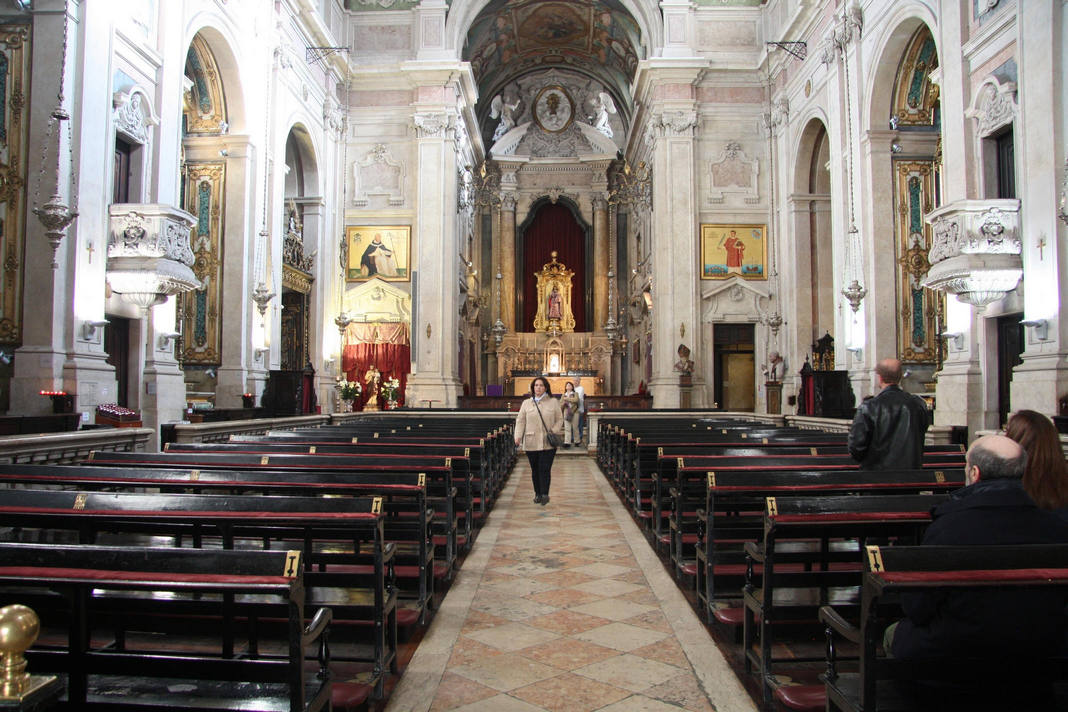 Basilica dos Martires is a Catholic church located on Rua Garrett in the old martyr parish. The church is in baroque and late neoclassical style.The parish itself was established immediately after the recapture of Lisbon from the Moors in 1147.

The church has its origins in a small chapel built to be able to house the image of the Virgin brought by English crusaders. The church was named Basilica dos Martires (martyrs) in memory of all the soldiers who died in battle in defense of the Christian faith.

The building was already a large baroque church in 1755, when it was completely destroyed during the earthquake that hit Lisbon that year. The present basilica was designed by Reinaldo Manuel dos Santos after being consecrated by the religious authorities in March 1784. 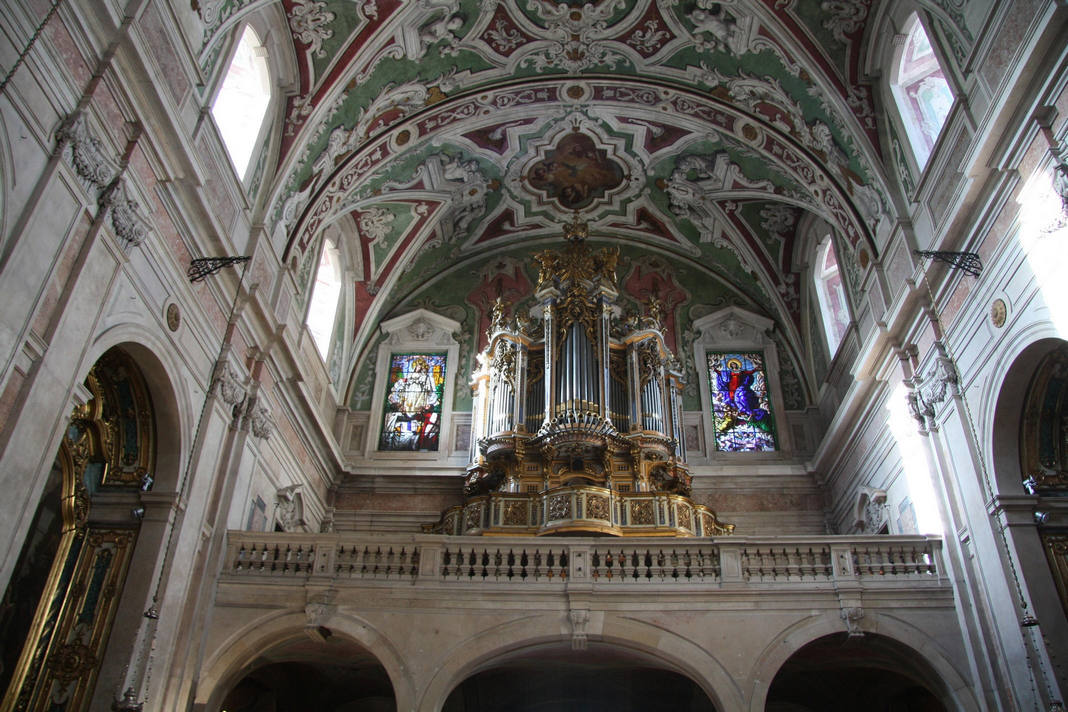