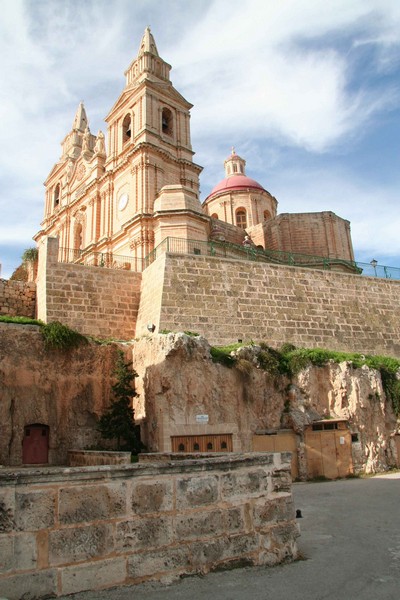 One may wonder that Mellieha town is as relatively young as it is, as it has an excellent location on top of a large cliff and with a nice view of Mellieha bay, but the town only started to take shape in the mid 1800- century. The population is now around 5,000, which is not much either. The town consists primarily of a long main street with a number of shops, banks, restaurants and a church from which there is an excellent view. At the church you will also find some unique shelters from World War II - "Mellieha Shelters", which is quite unique. 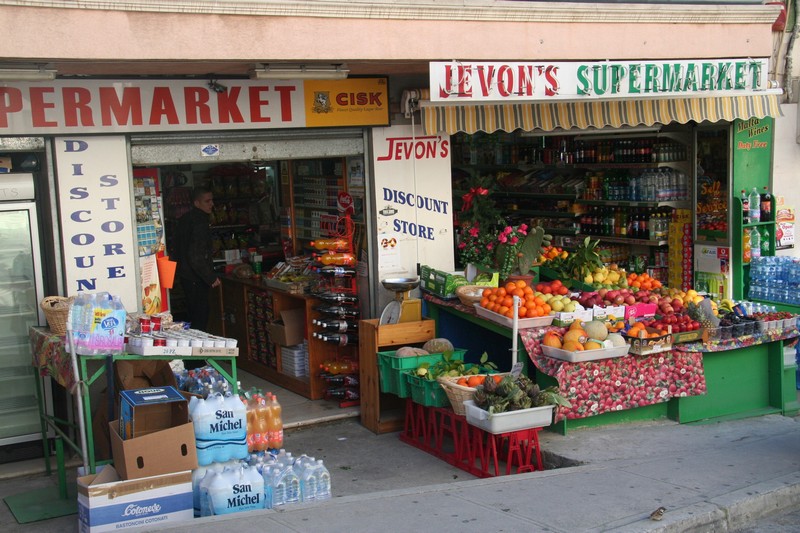 the top, it would be a great idea just to consider if the time is right. If it is high summer and in the middle of the day, one should strongly consider whether the project shouldn't be postponed until the worst heat has abated - Because even if the distance seems to be rather short, the constant increase can quickly bring out even a very deep red color throughout the head of even the most top-trained tourist. However, it is definitely recommended to go up there - especially if you have not tried it before - but just not while the sun is highest in the sky.

The entrance to "Our Lady Of The Grotto"

"Our Lady OF The Grotto". 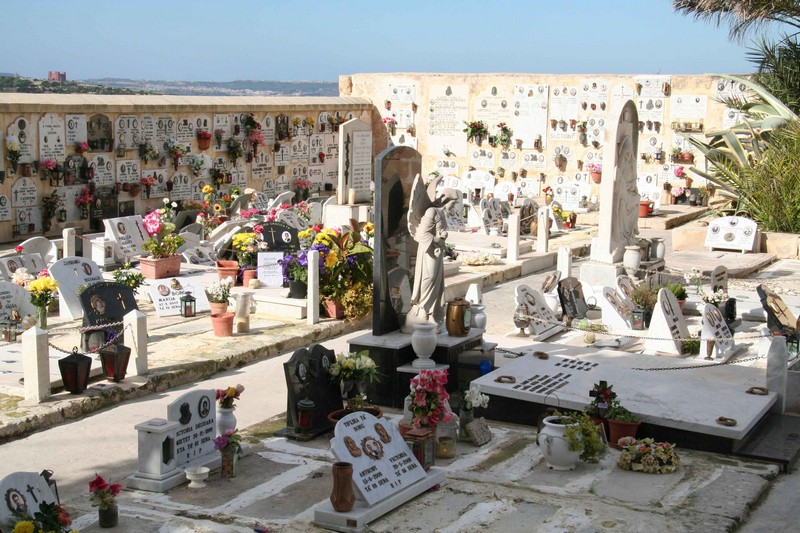 Memorial site - not burial ground - to the left of the church

Close to the church is a sign referring to the "Mellieha shelters", which are shelters carved out inside the rock. This was done so that the people could seek shelter from the violent bombings Malta was subjected to during World War II. Furthermore, the shelters were also used to store part 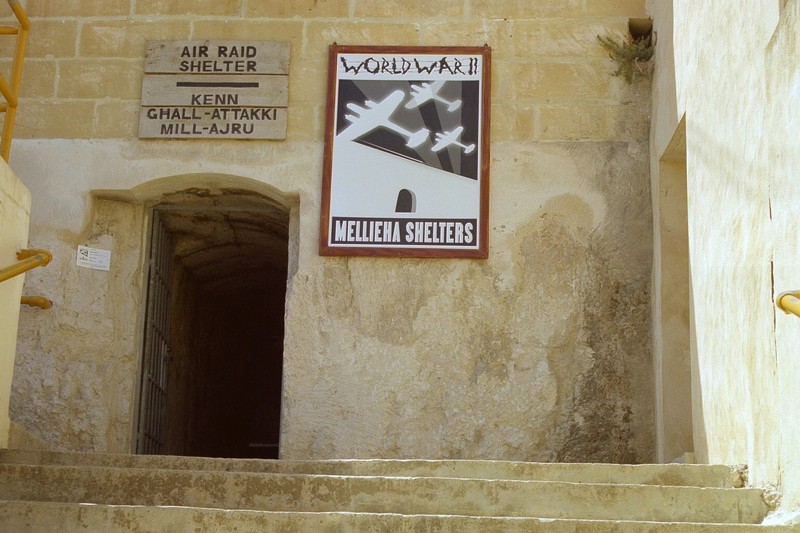 The entrance to the Mellieha Shelters

During World War II, Malta became one of the most bombed areas and in the course of 2½ years, the country experienced more than 3,000 alarms and over 17,000 tons of bombs were dropped over the islands. For the same reason the 500 meter long shelters were frequently used in Mellieha. 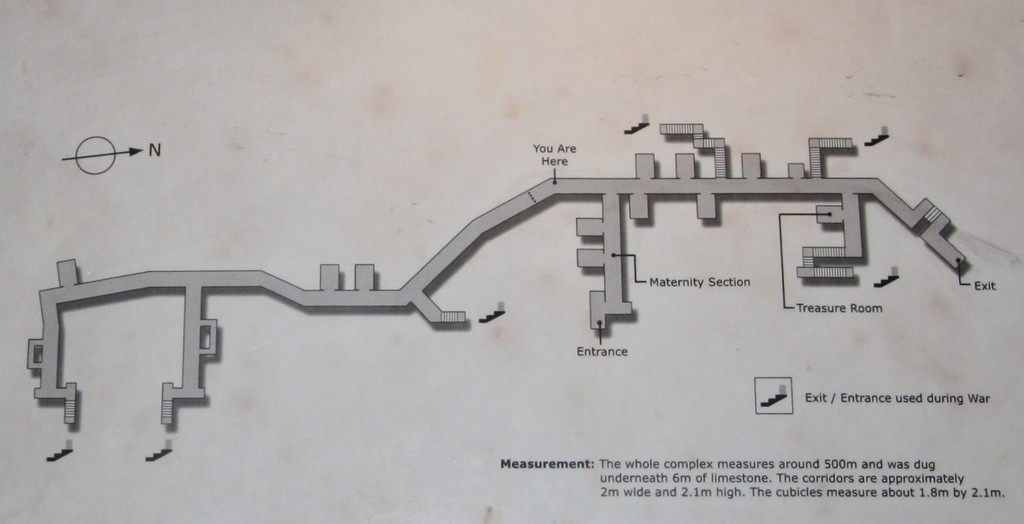 There is ongoing work to improve the exhibition inside Mellieha Shelters and a lot has happened since we were there for the first time in 2004 and until now - December 2012. For example. realistic sounds have now been added, which makes the exhibition very lively. 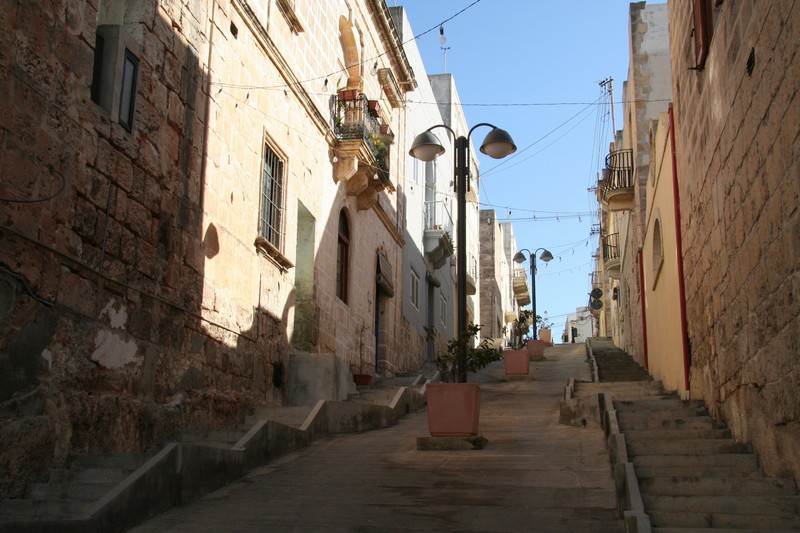 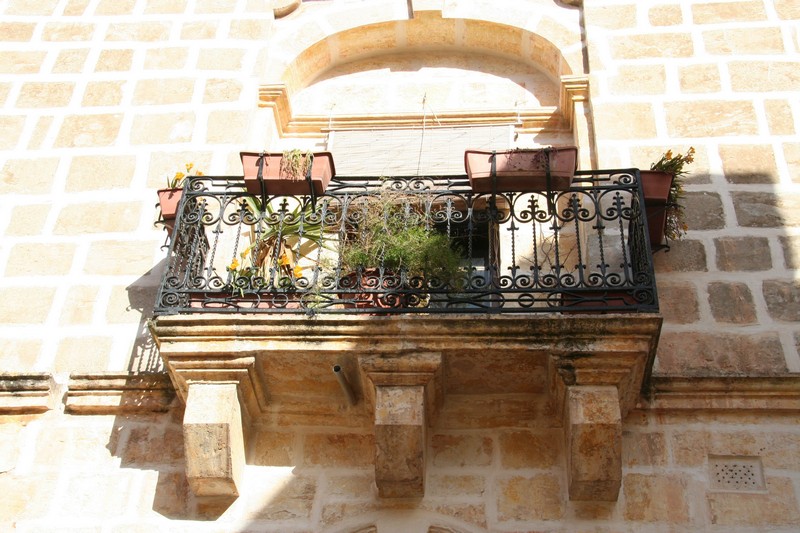 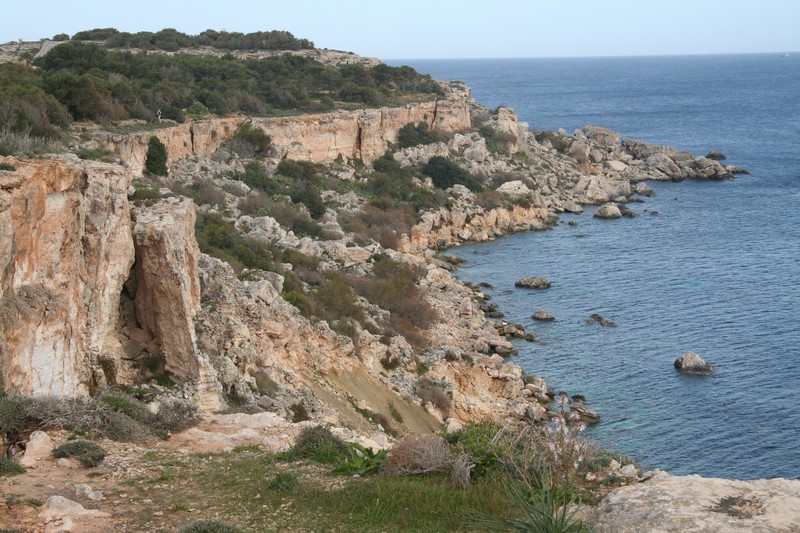 From Marfa Ridge there is not only an excellent view of Mellieha Bay but also of the islands of Comino and Gozo which are clearly seen from this ridge. On this peninsula, most of the nature is unspoilt and it is here that you see some of the local Maltese people. Many of them have a small boat here, which is used to just catch a few fish for today's dinner. At the end of Marfa Ridge is a small chapel and a Madonna statue. 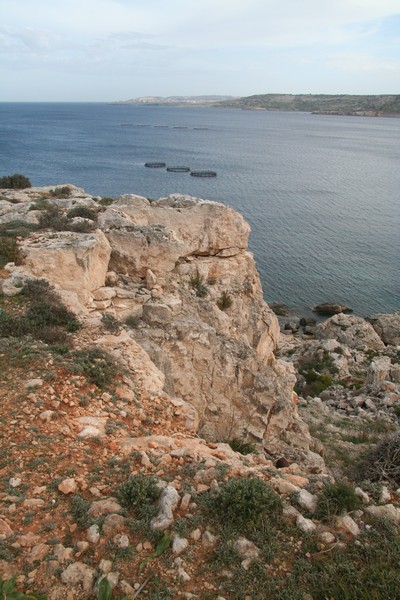